Can You Have Your Fake Pork and Eat It Too? 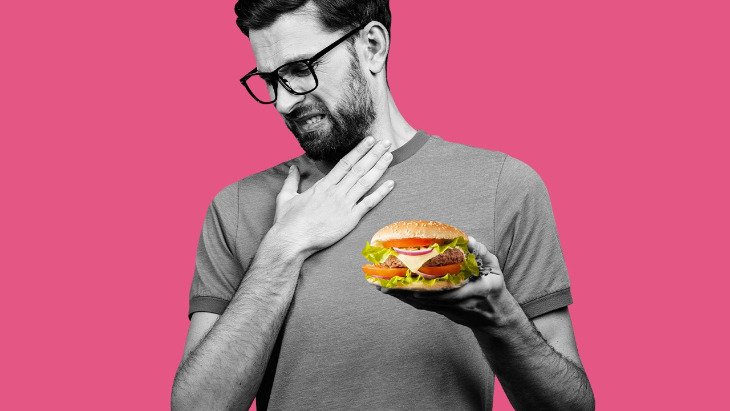 Should we be disgusted by the idea of eating imitation pork?

So can you have your fake pork and eat it too?

Impossible Foods Inc., whose imitation, plant-based meat and sausage had received a kosher stamp of approval from the Orthodox Union (OU), paving the way for kosher faux cheeseburgers, was seeking a seal of approval for its new product – fake pork. The OU, for the time being, said no.

As reported recently in the Wall Street Journal, Rabbi Menachem Genack, chief executive of OU Kosher, the world’s largest kosher certification group, said the word “pork” was too much to stomach, and its board voted against the company’s kosher-certification request for Impossible Pork.

I can understand the visceral reaction to bringing home the ersatz bacon with the OU’s insignia emblazoned on the package, and frying it up with your eggs and cheese. Some people find the thought of eating anything the looks like pork, smells like pork and tastes like pork utterly revolting.

I say bring it on.

And I’m not the only one. The Talmud (Chulin 109b) tells the story of Yalta, the wife of Rabbi Nachman, who was craving for the delicious taste of meat and milk cooked together.

“I want to eat meat and milk. Where's its equivalent?”

To satisfy her request, Rav Nachman asked the butchers to prepare roasted udders for her.

Rabbi Nachman didn’t tell Yalta, “That’s revolting! What’s gotten into you?” The great sage accepted his wife’s craving and came up with a viable way to satisfy it. If Impossible Pork would have existed in his day is there any question what he'd have done? One Big Mac with bacon coming right up!

Rabbi Genack told the WSJ that the decision wasn't based on Jewish law. It was “based on the emotional reaction” to the idea of pork and could be reviewed again (and I'm sure there were other factors in their decision making that we are not privy to).

My guess is that eventually the fake pork will get its approval. While the knee jerk reaction is understandable, I wonder if it's the ideal approach.

Rabbi Elazar ben Azariah said: A person should not say, “My soul is disgusted with pork…” But rather he should say, “I want it, but what can I do? My Father in Heaven placed a decree upon me.” (Sifra, Kedoshim 4:9:12, quoted by Rashi to Lev. 20:26).

Don't say, "That pepperoni pizza is disgusting, just the smell of it is nauseating." The attitude should be, "That looks yum, but I can't have it because God forbade me to eat it."

And if the item in question is actually kosher – it only resembles pork meat but it's not even meat – it certainly poses no problem. Dig in.

But why is being disgusted by real ham and lobster considered not ideal? Doesn't repulsion show an even greater connection to the commandment to eat kosher?

And should we apply this same attitude to all commandments? "I am so mad I could kill him! But what can I do? God prohibits murder, so I won't." Is that the Jewish poster boy for observing the commandments? Of course not!

The confusion derives from mixing up two different kinds of commandments found in the Torah. One type is referred to as "mishpatim" in Hebrew, which can be translated as laws. These are commandments that make sense to us; they're laws that society would likely implement even if God didn't command them. For example, don't steal, don't murder, love your neighbor.

When it comes to rational laws, it's not enough to refrain from the action being proscribed; we need to inculcate the underlying values and sensitivities behind these commandments.

The second type is called "chukim", statutes, whose rational basis is beyond us. Without God commanding us, we would never dream of doing them. For example: don't mix linen and wool, and don't cook milk and meat together.

Our attitude to the two types should be different.

When it comes to rational laws, it's not enough to refrain from the action being proscribed; we need to inculcate the underlying values and sensitivities behind these commandments. We need to try and develop the inherent sensitivity not to hurt or take advantage of others, and the inner desire to give – not just because God tells me to, but from an inner conviction and understanding that this is the right and proper thing to do. It's not only the action that matters; inculcating the underlying value is also paramount.

But when it comes to supra-rational laws, like refraining from eating pork, the attitude is the opposite – do it because God told you to, not because you feel it's inherently disgusting. Why is this approach better?

Which act shows greater love and devotion? Scenario one: Your spouse asks you to do something that makes total sense – pick up the dry cleaning, take out the garbage, go to the pharmacy – and you gladly do it.

Or scenario two: Your spouse asks you to do something that makes no sense to you – buy helium balloons for a stranger, call this number at 4pm and then hang up, eat three cherries and then guzzle some soda – and you do it only because your spouse asked you to do it and said it was extremely important.

When you do it only because the person you love asked you to, with no understanding of the rationale, you are demonstrating total devotion and fealty to the relationship.

When you do it only because the person you love asked you to, with no inherent understanding of the rationale behind the act, you are demonstrating total devotion, commitment and fealty to the relationship. It's not something I would normally do; I'm doing it only because it's something you want me to do, and I love and respect you.

I want the bacon and eggs and I don't understand why I can't eat them, but I won't because you've told me not to. It has nothing to do with my personal disgust; I'm doing it only because I love you. That's why the irrational statutes are best observed without the inner repulsion. You do it because you want to demonstrate your commitment and care for your relationship with God.

So if Impossible Pork gets its kosher seal of approval, I'm up for giving it a try.

The Etrog and Jewish Beauty
It Takes A Lot Of Faith To Be An Atheist
How Instagram Brought Back This Nostalgic Soup
What Makes Eli Run?
Comments