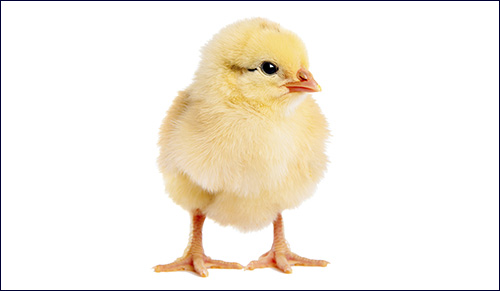 We were newly married, just moved to Israel and everything was going wrong.

When my husband and I made aliyah we shipped all of our appliances and furniture months in advance to Israel and rented an empty apartment in the city of Petach Tikva. We arrived in the heat of the summer and discovered that there was a strike at the port. We didn’t know how long the strike would last but we figured it would probably be a day or two.

So we slept on the floor and ate anything that didn’t need to be refrigerated, washed down with warm iced tea. The sweltering, summer sun spilled into the apartment as we tried to make the best of the situation. After a week with no sign of our lift, we bought a fan and then a second one, but all they did was blow the hot air in circles around us. We ate all of our meals sitting on the bare living room floor, and we continued living out of our suitcases as the strike dragged on for a month.

We were newly married and both in graduate school at the time. We’d come home to our tiny apartment each night, hot and tired and frustrated, with piles of textbooks in our arms, wondering when the strike would end. How was I supposed to concentrate on my studies when I was sleeping on a hard floor every night with no air conditioning in hundred degree weather? How many more weeks were we going to eat just plain bread and crackers? And how would our fragile, new marriage fare under these circumstances? Would we each have enough patience to get through this summer?

We spent hours in the coffee shop across the street inhaling cold drinks and much needed air conditioning. And we watched each other carefully. What were we going to do?

One afternoon on my way home from class, I spotted someone selling little yellow chicks at the bus station in town. I thought of the empty floor space in our apartment and decided to surprise my husband with our first pet. That night we sat on the floor eating our bread and watching our new chick run around the living room. The chick was adorable and its bright sun-colored fur lit up the dark corners in our unfamiliar surroundings. It became a symbol of the patience we were each trying to find within ourselves. It became the silver lining that we were looking for in the endless weeks of frustration.

The strike ended up lasting another month and during that time we got to know each other in ways we never would have if the strike had never happened. Our marriage grew more in those first couple of months than I would have ever thought possible. I learned to let go of what I envisioned our first months in Israel would look like. No home-cooked meals and sitting on the living room couches. No closets to hang up our clothes or shelves upon which to place our framed wedding pictures. Instead we were thrust into a situation where everything was going wrong, but we had a precious opportunity to somehow make it right for us.

And I learned then that God was the One in charge of our appliances and our furniture, and that He would bring them to us when He thought we were ready for them. I watched the little yellow ball of fur that we named Yehoshua run around our notebooks as we studied, and I thought of how important it was to be able to let go of yesterday’s expectations and let today’s happiness weave around us instead.

As I worked on letting go of how I thought everything should be, I began to realize that all worthwhile achievements take time. That marriage was like that too. It would take time and investment and nurturing just like the new home we were building together would take months to finally settle into. I learned to appreciate that there are no short cuts to life’s greatest gifts.

After finally receiving all of our furniture and appliances, I sometimes missed sleeping on the floor and having our picnics in the living room. And when I needed a reminder that I had within myself the patience to cope even when everything was going wrong, I would look at our tiny chick hiding underneath our dining room table, wondering where all his running space had gone.

Death Is No Longer a Stranger

A Tree Falls in Boro Park
The Blue Beyond
Great Place to Live
Is Eating Supposed To Be Spiritual?
Comments
MOST POPULAR IN Spirituality
Our privacy policy