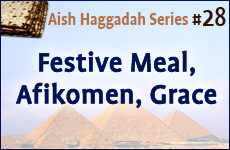 Why are these part of the 15 steps to Freedom?

Create a lively discussion by giving out a copy of this page during the meal.

A) "Three years ago I was taken by the KGB and put in a labor camp in Siberia, I am told when to get up, when to go to bed and everything in-between."

B) "I am ship-wrecked on a desert island. I can do anything I want, but there's nothing to do here."

C) "I'm a heavy heroine addict. I live my days just to get the next high. Luckily, I inherited a large fortune that allows me to support my habit."

D) "I worked hard all my life to become rich. At the height, I was worth around $25 million. Then came the crash. The bank took everything – my business, my house, even my car. I now work nine-to-five in a sweatshop, struggling to make ends meet. When I had money, I used to take exotic vacations and dine in fine restaurants. Life was fun. Now I'm lucky if I can afford takeout food once a week."

E) "In the country I live in, cigarettes are banned. I used to smoke two packs a day. Now I can't get them and I'm very depressed."

F) "I used to be a top college athlete and was headed for a pro career. Then last year I dove into a pool that was too shallow and broke my neck. I'm now completely paralyzed from my chin down. All I think about all day long is what I used to be able to do."

G) "Last year I tried to commit suicide but a policeman caught me just before I jumped. I was institutionalized. There's no possibility here for me to do what I really want to do – kill myself."

Why is the festive meal one of the 15 steps to freedom?

When we think of attaining levels of holiness, it seems strange that one of the mitzvot of Seder night should be eating a festive meal. That is because the Jewish attitude toward our physical drives and material needs is quite different from that of other religions. Our religious leaders are neither celibate nor do they meditate all day on a mountaintop. Rather than negating or denying the physical, Judaism stresses the importance of feasting and marital relations.

God wants it that way. The proof is that instead of creating all foods bland (or in the form of "protein-pills"), God concocted a variety of flavors and textures – orange, strawberry, chocolate, banana and mango. Why? Because God wants His people to have pleasure! Adam and Eve were put into the Garden of Eden – the Garden of Pleasure.

The Talmud says that one of the first questions a person is asked when they get up to Heaven is: "Did you enjoy all the fruits of the world?" On Seder night, we eat the festive meal to teach us that true freedom is the ability to sanctify life, not flee from it.

After the Afikomen, nothing else should be eaten for the remainder of the night – except for the drinking of water, tea, and the remaining two cups of wine.

Would Disney World be worth the trip if you had to come home empty-handed? No video, no photos, not even a postcard or T-shirt of Mickey? Perhaps in our rush to preserve every experience we have on some form of tape or film, we are in fact sacrificing a great deal. As we assume our position behind the camera and begin to stalk the big game of "Kodak moments," are we not also removing ourselves from the picture? Do we not become detached observers as well as active participants?

The law of the Afikomen – once it's over, it's over – is a hint to the lost spiritual art of savoring. The art of savoring is a sensitization technique which allows us to become completely immersed in an experience.

The Jewish art of savoring bids us to fine-tune our senses and to become more fully absorbed in both vision, sound, and their attendant feelings. To experience the dancing and the joy. The music, the tears, the love and the rarefied closeness they stir within us. To consciously engage every day and every moment; to celebrate life, and to imbibe the totality of every experiential step we take.

Upon concluding the Seder, Jewish law bids us not to taste anything after the Afikomen. This is a night for savoring: ideas, feelings, and images. Parents teaching, children learning, and all of us growing together. Allow it to become a part of you. Savor this night of freedom. Only then can you leave. Not with souvenirs, not with photos, but as a different person. A different Jew. And this you will never forget.

Choose one moment you want to remember from the Seder - close your eyes and savor it.

Why is eating the Afikomen one of the 15 steps to freedom?

The last thing we eat all night is the Afikomen. (Matzah for dessert?! And I thought we were having macaroons!)

We eat this final piece of matzah – not because we are hungry – but because we are commanded. Physical pleasure, though an integral part of our lives, sometimes gives way to a higher value. To illustrate this concept, the Talmud compares a person to a "horse and rider." The purpose of a horse is to take you where you want to go; but left to its own devices, the horse will get lazy and may even throw off the rider. That's why the rider has to be in control of making all the decisions.

So too, our bodies are the vehicles for moving us through life; they require care and attention – but not to the extent of assuming a pre-eminent position. There is a difference between eating healthy, and flying to Europe in order to dine on authentic Italian food. A person dominated by material strivings is anything but free. Judaism says: control the physical so it does not control you. Become a master of yourself.

It is this ability to rise above our physical selves that demarcates the difference between humans and animals. The story is told of the Baal Shem Tov looking at his neighbor eating dinner – and instead of a person, he saw the form of an ox. The man was solely in pursuit of physical pleasure, no different than an animal.

Freedom is the ability to put our soul in control. "Who is the strong person?" asks the Talmud. "The one who shows self discipline."

At the Seder, we hide the Afikomen, search, find – and win a prize! The same is true with our spiritual yearning to do the right thing. Although it might be buried inside, we can search for it, find it – and the prize is pure freedom.

Why is the Korech sandwich one of the 15 steps to freedom?

The Hillel Sandwich is "bricks-and-mortar" – broken matzah held together by bitter herbs and Charoset. The matzah was once whole. So too, the Jewish people can become crushed and divisive. But we are held together by our common links to Torah and our shared historical experiences.

The Talmud says that as Jews in Egypt, we were redeemed only because of our unity. We were unified in our commitment to each other and to the future of our people. Weeks later at Mount Sinai, we stood together and accepted the Torah with one heart and one mind.

Today, we are fighting amongst ourselves under the watchful eye of the world media. It is both embarrassing and discouraging. The biggest threat to Jewish survival may be from within. Our only response is to stand loudly and proclaim: Every Jew is a Jew. Period. The inclusion of the "Wicked Son" in the Seder expresses our conviction that no Jew is ever irretrievably lost. We are all one family, responsible to love and care for one another.

The matzah may be broken, but it can be restored. It is this "Hillel Sandwich" which has traditionally symbolized our commitment to glue the Jewish nation back together. On the merit of unity we were redeemed from Egypt, and it is on that merit that we shall be redeemed once again.

Standing Up for What's Right

Why is Grace After Meals one of the 15 steps to freedom?

Social pressure is one thing that holds us back from taking charge and doing the right thing. Barech, the "Grace After Meals" was instituted by Abraham 4,000 years ago. Abraham would invite idolatrous wayfarers into his tent for a hearty meal, and then tell them the price of admission is to bless God. They thought he was crazy! Nobody believed in God!

Abraham was called Ha'Ivri ("the Hebrew"), meaning "the one who stands on the other side." He was a social outcast and a lone voice in the wilderness.

Would we have been able to stand up to that kind of social pressure? Do we speak out today against the proliferation of media, sex and violence? Against drugs and crime in our streets?

Slavery is a pre-occupation with self-image and social status. ("What will they think of me if I voice my objection? How will I bear the pain of isolation and rejection?")

The Hebrew word for Egypt is Mitzrayim – from the root metzar, which means narrow and constricted. When we left Egypt, we became free of the societal forces which restrict us to a narrow path of fashion, image and ideas. Freedom means doing the right thing even when it may not be socially popular. I have to live with my own conscience. The reality is liberating.

God Brought Us Out

Baruch Hamakom
It Takes A Lot Of Faith To Be An Atheist
How Instagram Brought Back This Nostalgic Soup
What Makes Eli Run?
Comments
MOST POPULAR IN Passover
Our privacy policy