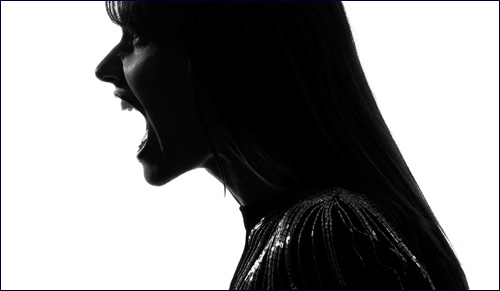 She went ballistic after our break-up because I took her suicide threats seriously. Was I wrong?

I've just ended things with the woman I've been dating, and I don't know what I feel worse about – the decision to break up or what happened in its aftermath.

"Julie" and I started dating a year ago. We decided to take things slowly because both of us are divorced and each have a young child. While we'd been able to get over a number of minor bumps along the way, there was one issue that we couldn't get past. Julie is easily upset and frequently reacts to situations in an extremely exaggerated way. Several months ago, we spoke about how difficult it is for her to cope with many of life's stressors and annoyances, and I told her that this kept me from wanting to move forward in our relationship. I asked her to seek professional help, and she agreed that she needed it and would begin therapy. Unfortunately, she never saw a therapist.

Instead, she tried to tone down her reactions for a while, but she couldn't do that for too long. I began to feel as if I had to walk on eggshells to avoid setting her off, and told her how uncomfortable that was for me. Julie acknowledged that her reactions caused problems for our relationship, but when I again asked her to get professional help, she refused and gave me an ultimatum, "Either accept me as I am or leave."

I told Julie I couldn't continue in our relationship when she acknowledges she has serious problems but won't seek help for them. I left her. I openly admit that I am far from perfect, but I have worked with my faults and Julie even acknowledged this. I asked the same of her.

The day after the break up, Julie texted and called me many times, begging me to come back. I told her that we were both upset, and we should both take a few days to think things over and calm down, and then try to sort things out. Julie couldn't accept this. Several times, she threatened to kill herself if I didn't return to her immediately. We live more than an hour away from each other, and I didn't know what to do about her threats. Out of desperation, I called the police.

The police sent Julie for a psychiatric assessment and placed her child with a relative. She apparently wasn't a risk to herself, and she was released a few hours later. When Julie returned home, she called me with a tirade, filed with abusive language, berating me for calling the police. She said she'll never forgive me for having her child removed from her care even if it was temporary. I told her that I did what was necessary to ensure her safety. I did not want her to kill herself and so I called someone who could help her immediately.

Julie followed her tirade with abusive texts, repeating how much she hates me and will never forgive me. She blames me for the break up entirely and says I made her waste a year of her life. I feel terrible. I felt I was helping a very delicate situation, yet she feels I have betrayed her and will never get over it.

People who know the two of us and know what is going on have told me that I did what was right. Yet, I cannot help but feel blame and feel sorry for her. I tried to do the right thing, and I never imagined that the woman I love to pieces utterly hates me and will never stop despising me. I do not hate Julie. She's not a bad person, just someone who needed a little help from a professional. I feel so guilty that a human being I care about hates me so much. Please help me make sense of this.

We can see how both your break-up and its aftermath have left you feeling guilty and confused. Before we discuss Julie's extreme reaction to your ending the relationship, we'd like to help you put your decision to break-up in perspective.

It seems to us that you made the right decision to break up with Julie. You’ve described someone with very low frustration tolerance and extreme, inappropriate reactivity to many situations. She admitted that these traits prevented the two of you from having a healthy relationship, but refused to work on them and invited you to leave if you couldn't accept this. You couldn't, which gave you more than a good reason to break up. If you would have stayed, life together would have been unstable and unpleasant – and you probably would have broken up at some future point.

A person who decides to leave a relationship often agonizes over the decision, just as you did because you cared (and still care) deeply for Julie but knew she wasn't emotionally healthy. The feelings you're now experiencing – sadness because the relationship didn't work out, a sense of loss that someone you care for will no longer be in your life, guilt about hurting Julie, and conviction that your decision was right – are all normal feelings that most people experience. You may feel confused because these feelings seem to contradict each other, but they can coexist because different strands are interwoven into the fabric of life.

If Julie's reaction hadn't been so extreme, you would have needed time to process these feelings and eventually move on with your life. That's what happens for most people. You're now second-guessing yourself because of Julie's bad reaction to your decision to end the relationship and to what you did when she threatened to kill herself. It's possible that this is exactly what Julie wants to happen.

Emotionally healthy people don't repeatedly threaten to kill themselves when their partner breaks up with them, or use this threat to manipulate their partner to stay with them. Yes, they'll feel sad, even devastated. They may be angry at their partner and at themselves, experience grief and depression, and think about ways to "fix" the relationship and get back together. Julie crossed the line with the number of calls and text messages she made and by the threats she made to you. Later, she "punished" you for calling the police by repeatedly and abusively expressing her hatred, as a payback at you for rejecting her.

Julie's refusal to take responsibility for her invitation for you to leave the relationship, and for her suicide threats reinforce our belief that she isn't healthy. When you acted responsibly because you weren't sure if she'd carry out her repeated threats to kill herself, she blamed you for the consequences. Julie's seeing what happened in black and white terms – you're the bad guy, she's the innocent – along with all of her other behaviors, makes us wonder if she has a personality disorder. Someone with an untreated personality disorder can be extremely difficult to live with and have trouble sustaining relationships. Julie's needing “a little help from a professional” is an understatement. It appears to us that she needs a lot of help.

It was actually fortunate that you decided to call the police. We have no way of knowing if Julie would have hurt herself if you ignored her threats. If you had taken the time to drive to her home, whether or not she hurt herself in the interim, she may have succeeded in manipulating you to stay in the relationship. In a preview of coming attractions, Julie would have set the stage for future manipulations, locking you into a relationship by playing on your fear and guilt.

We hope that in time, you'll be able to accept the actions you took as the right thing to do, move forward with your life, and have a healthy and enduring relationship with the right person.