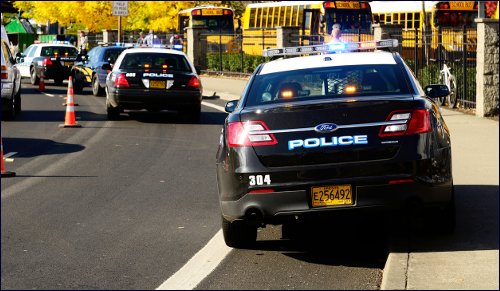 Despite the fear, parents are keeping their kids in Jewish schools and standing up to evil.

As dozens of fake bomb threats have caused chaos in Jewish schools and community centers in the United States and abroad, thousands of ordinary parents are taking a stand to continue their kids’ Jewish education.

The first round of bomb threats came on January 9, 2017, when callers phoned 16 Jewish organizations including schools, Jewish Federations and JCC campuses in the South and Northeastern United States. The mostly female callers (some seemed to be recordings) warned of deadly bombs on site. That same day, three Jewish schools in Britain were also closed when callers claimed to have planted bombs in the buildings. 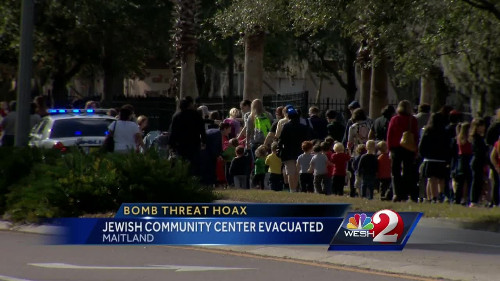 Schools and offices closed and thousands of students were evacuated. As panicked parents dropped everything to pick up their terrified children, police swept the dozens of buildings affected. No actual bombs were found.

Nine days later, on January 18, 2017, anonymous callers phoned 30 Jewish organizations in 17 states, warning of deadly bombs. Seth Katzen, Chief Executive Officer of the Jewish Federation of Delaware, which was threatened with bomb on both days, called the hoaxes “telephone terrorism” in an Aish.com interview.

“We are doing the best we can based on the new reality,” he explains, noting that the ADL has warned about an increase in anti-Semitism in the United States in recent months. The Siegel JCC Delaware staff is doing their best to keep classes for preschoolers, children, teens, adults and seniors going smoothly despite the disruptions.

One mom who raced to her child’s Jewish school on the Sabines JCC campus in Saint Louis Park, Minnesota, described what the evacuation looked like there: “The scene was a little chaotic… eighth graders carried barefoot preschool children through the snow as they left their school,” she recalled to reporters. 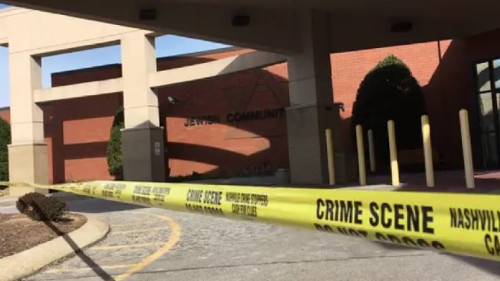 Police tape at the JCC in Nashville, Tennessee after the community center received a bomb threat.

In Birmingham, Alabama, the Levite JCC received a bomb threat mid-morning, the busiest time of day when 850 people were on campus. Within minutes, students and staff were being evacuated. Betzy Lynch, Executive Director of the JCC, told Aish.com, “This is designed to incite fear and disruption. I’m sure that people are afraid… that’s what this is designed to do.” She notes that not a single parent withdrew their children from the school.

That experience has been repeated in JCCs across the country, spreading fear and uncertainty.

Despite the bomb threats targeting their children, parents at JCC schools across the country made the decision to keep their children in the Jewish schools. Phillipa Miller’s sons, aged 2 and 3, attend a JCC preschool that was threatened with bombs twice. “Every morning since the threats, my husband and I are debating whether or now we should just take them out of school. But I don’t want my kids to be fearful of who they are. I want my kids to be proud of being Jewish. So how can I want my kids to be proud Jews and at the same time hide from being Jewish?”

Phillipa Miller’s husband Jesse wrote, “These are my babies, two and three years old...if there is even the slightest risk of harm to my kids can I risk sending them to this school? If something did happen could I ever forgive myself...for sending my kids to the JCC after multiple bomb threats have been received?

“The answer to these difficult questions is yes… Not only will I not live in fear and allow these terrorists to succeed in their goals of disrupting our community, I will allow this to be a great lesson to my kids. There is a piece of the world out there which is bad… But we won’t allow America to become like a corner of Iran or Nazi Germany where a handful of bad actors rule the day with fear and intimidation…”

“So yes, I will send my kids to the JCC for school. And I will teach them that sometimes you need to be brave and take risks to stand up to evil. And if the unthinkable does happen, and a day comes that I sob over the bloodied remnants of children, then I will remain happy and know that my kids would have been happy, confident in the peace that comes from having done the right thing.”

“Educating kids and teaching them Jewish values is the only thing that gets us past acts like this,” explains Betzy Lynch of the Birmingham, Alabama JCC. “The only way to deal with darkness is to bring some light and spirituality into the world.”

Torah and the Mormon Snowboarder

Upside-Down World
Scientific Curiosity and the Divine Encounter
Mind Over Milkshakes
Love the Convert
Comments
MOST POPULAR IN Israel
Our privacy policy
Aish.com Is Looking for Great Writers