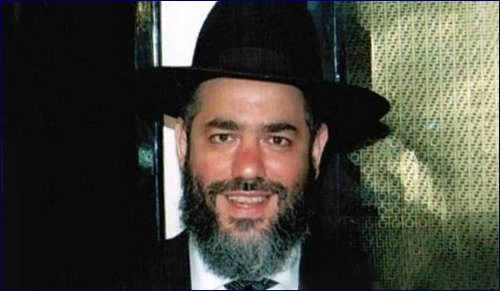 Right in front of me, two Arabs stabbed a rabbi in cold blood.

On Wednesday morning I visited my daughter, who lives in the Old City of Jerusalem. As I was leaving through Jaffa Gate I saw people running toward me. As I instinctively ran toward what they were running from, I saw two Arabs crazily stabbing a rabbi.

It was even worse than the gruesome Palestinian terror training videos we see on Facebook.

For a few moments it was only me, the two Arabs, and their victim. Everyone else had run away.

I was thrown into a surrealistic scene of the Torah command: "Don't stand idly by the blood of your brother."

My heart exploded with desire to help. My first thought was to jump on the Arab closest to me and pull him off the rabbi.

As I got within a few feet, a border guard came up beside me. She hesitated in shooting, then: bang bang bang.

I checked that the Arabs were not wearing explosive vests.

After 5-6 shots, the Arabs kept stabbing as if nothing happened. (These terrorists often act while drugged up, to continue the lethal rampage long after their senses tell them to stop.)

A second border guard came and I stayed back, not wanting to get in the way of the bullets. That proved wise; while neutralizing the Arabs, they appear to have accidentally shot the rabbi and another man.

Acting out of instinct, I bent down to check that the nearly-dead Arabs were not wearing explosive vests.

After a few moments, I walked away. I'd had more than enough.

Where is the World?

My body was at full adrenaline for several hours following the attack. I am traumatized from the whole experience and am heartbroken I was not able to assist more.

Like a large number of other Israeli citizens, I am a licensed gun owner. I had just become re-certified, and had bought a thigh holster for my pistol. I've been wearing it for the past month, but did not bring my gun yesterday because I didn't expect anything. Otherwise I might have been able to stop the attack a moment sooner.

My children made me promise to carry my pistol at all times now.

I might have been able to stop the attack a moment sooner.

In the meantime, I am confused and bewildered by how the world has turned against Israel. We fight daily against delegitimization in the UN, demonization in the media, and against genocidal jihadi barbarians.

We Jews strive mightily to help mankind, to live our values, and to breathe freely in this special land promised by God.

Yet innocent, God-fearing Jews are being slaughtered in the streets. Shame on humanity for standing by silently!

This entire tragedy is too great to bear. Rabbi Reuven Biermacher, a treasured member of our family, has been torn away. Please God, may this be the last one. 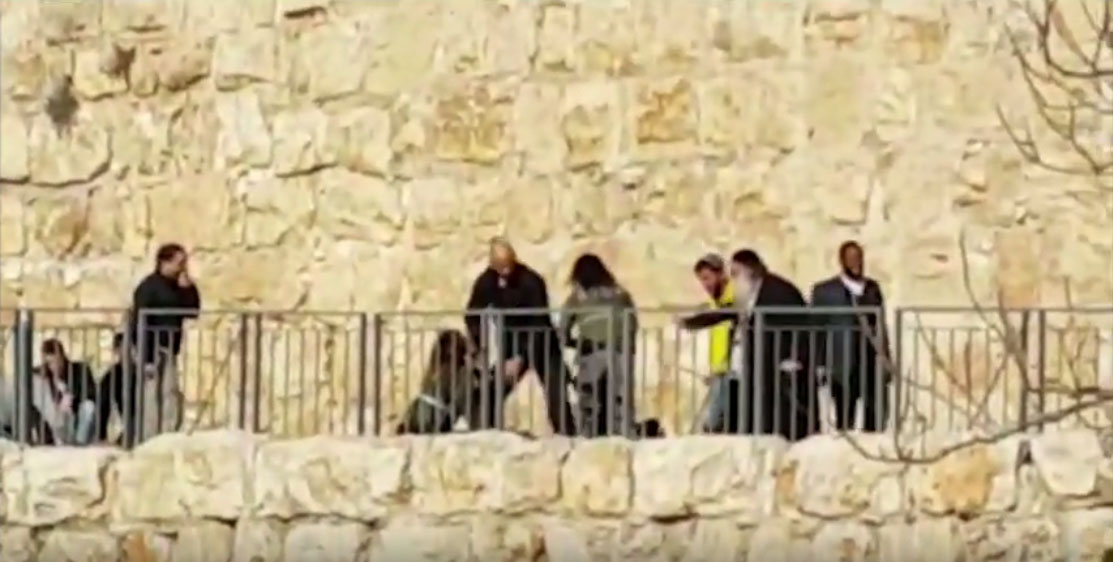 At the scene: Revuven Schwartz, the author, with beard at right.

You can help the Biermacher family. Please click here to give much-needed support.

Reuven Schwartz received rabbinic ordination from Aish HaTorah, and held rabbinic positions in Detroit and Buffalo, New York. He lives today in Jerusalem with many children and grandchildren.

Care Packages to Gaza
The Blue Beyond
Great Place to Live
Is Eating Supposed To Be Spiritual?
Comments
MOST POPULAR IN Israel
Our privacy policy