Experiencing the Depth of Shavuot 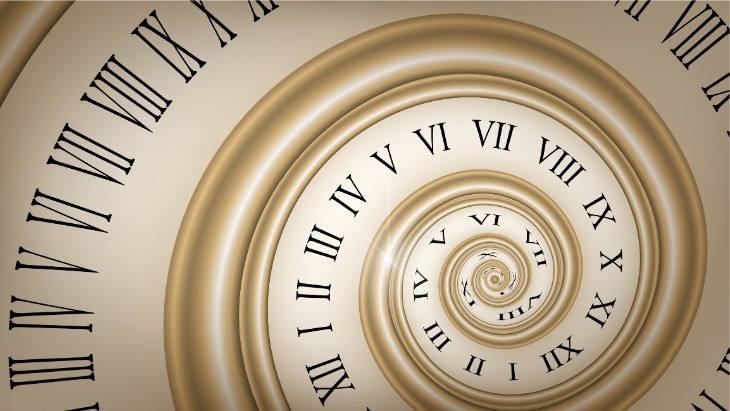 Understanding what is Torah and the spiritual opportunity of Shavuot.

Each new moment of life brings with it new opportunities as we move along the spectrum of time. Amidst the constantly moving wave of time, the Jewish holidays are unique points in time that carry with them special spiritual energy. Each holiday is a chance to tap into the theme inherent to that point in time. Before we can delve into the specific theme of Shavuot, we must first understand time on a larger scale.

The Nature of Time

There is a liturgical poem in the Passover Haggadah which states that our forefather Abraham served matzah to the three angels who visited him because it was Passover at that time. Rashi, a famous 11th century commentator on the Torah, quotes this opinion on the verses in Genesis (Genesis 19:3) and says that Lot did the same for the angels who came to Sodom. How can this be? The commandment to eat matzah originates from the Egyptian exodus, an event that would not occur for another few centuries!

To understand why Abraham and Lot served their guests matzah before Passover even occurred we must develop a deeper understanding of time. Time does not move along one continuous, straight line; it actually circles around in a repeating yearly cycle. Rabbi Moshe Chaim Luzzato, an 18th century philosopher and kabbalist, explains that God created thematic cycles of time, where each point in the year holds unique spiritual energies. Rosh Hashanah, Yom Kippur, Sukkot, and all the holidays are each associated with their own unique spiritual themes in time.

Holidays don’t simply commemorate a historical event; we tap into the deep energies inherent at that point in time.

This understanding transforms our perception of time. We don't celebrate freedom each year on Passover, the 15th of Nissan, because that's when the Jews were freed from Egypt, rather the Jews were redeemed from Egypt on the 15th of Nissan because that is “zman cheiruseinu”, the time of freedom. That power of freedom is what allowed the Jews to escape the slavery of Egypt. This is why Abraham and Lot ate matzah long before the actual exodus even occurred. Matzah represents freedom, and Abraham and Lot tapped into the spiritual waves of freedom that were inherent at that point in time. They were not commemorating a historical event; they were tapping into the deep energies of time inherent at that point in the circle.

So too, we do not simply commemorate a historical event as we experience each holiday, but rather, we tap into the deep energies inherent at that point in time. Thus, it is clear that time is not a continuous line, but a circle.

However, even the circle analogy is limiting. If time were indeed a circle, each point of the year would simply be a recreation and repetition of that point from the previous year, from the previous time around the circle. That would be pointless. We do not seek to re-experience the past each year. Our goal is to expand upon what we have created year by year, so that this year, when we return to that same point on the circle from last year, we are in a fundamentally different place. Each Rosh Hashanah should be higher than the previous one, each Shavuot, a new Shavuot. Through our growth and ascension we are able to convert the two-dimensional circle into a three-dimensional spiral, traversing along the same circle at ever greater heights. We maintain the circularity while achieving ascension.

What is the power and potential inherent in Shavuot and how can we harness it to grow along our ascending, spiraling path?

On Shavuot, we relive the experience as we tap back into the power of receiving the Torah.

On Shavuot, there is a custom to stand during the Torah reading. Rabbi Yosef Dov Soloveitchik, a prominent 20th century thinker, explains that we stand during the Torah reading on this day because we are recreating the experience when the entire Jewish People stood around Mount Sinai to receive the Torah. On Shavuot, we do not simply remember what once occurred; we relive the experience as we tap back into the power of receiving the Torah. We do not simply repeat this process each year, rather we reaccept the Torah on an entirely new level, as fundamentally higher beings, growing through each revelation of Torah from years past. We receive the Torah this year at the same point along the circle as last year, but one rung higher on the spiral. In a true sense, we are receiving the Torah anew, in a new dimension of time and spiritual energy.

If Shavuot is the time of receiving Torah, to truly understand what we are trying to experience on Shavuot we must first understand what Torah is. Scholars may refer to it as a history book; others may think of it as a book of laws, or a source of Jewish wisdom. However, the Torah is something deeper than all of these things.

Torah is not simply a guide to living a life of truth within the world that we live in, it is actually the blueprint and DNA of this physical world. In other words, our physical world is a projection and emanation of the deep spiritual reality described in the Torah. This is the meaning behind the famous ancient rabbinical teaching that says, "God looked into the Torah and used it to create the world.” Torah serves as the blueprint of the world. The physical world is an emanation and expression of Torah, the spiritual root of existence.

To illustrate this concept, imagine a projector. The image that you see on the screen emanates from the film in the projector, so that everything you see on the screen is simply an expression of what's contained within the film. So too, every single thing that we see and experience in the physical world stems from the spiritual root - the transcendent dimension of Torah.

Similarly, the trees you see outside originally stemmed from a single seed. Each and every one of us as well originated from a zygote, half a male and half a female genetic code. From that single cell ultimately manifested a fully developed and expressed human being. You are the expression of your original seed, just as the world is the expression of its original seed and root – the Torah.

Thus, the world in which we live is, in fact, an avenue to the spiritual; we can access the spiritual, transcendent world through this one because the two are intimately, intrinsically connected.

To illustrate this concept, think of the way in which other human beings experience and understand you. All they can see of you is your physical body. They cannot see your thoughts, your consciousness, your emotions, your soul. All they can see is your words, actions, facial expression, and body language - meaning, the way you express yourself within the world. They cannot see your inner world, but they can access it through the outer expressions that you project.

God gave us the Torah in order to guide us on our spiritual journey in this world. Shavuot is therefore not a call to be transcendent, angelic beings, lofty and perfect, beyond the struggle innate within the human condition. This is a calling to bring transcendence and spirituality into this world. We don’t aim to escape this world, we aim to transform it. True holiness is not transcendence or escapism; it’s marrying transcendence with the immanent. This is what Torah comes to teach us, how to uplift our physical experience and connect it to the spiritual. When done right, Torah enables us to uplift every aspect of our worldly experience to something higher, holier, and more meaningful.

Our job this Shavuot is to take the next step in our evolutionary spiral through time. We must not only reaccept what we have already accepted, we must take it to the next level, the next rung up. We don’t simply remember, we build; we don’t repeat, we ascend. Let us think about how we can make our acceptance of Torah this Shavuot the very greatest yet.

Rabbi Shmuel Reichman is an author, educator, and speaker who has lectured internationally on topics of Torah thought, Jewish medical ethics, psychology, and leadership. He is the founder and CEO of Self-Mastery Academy, the transformative online self-development course that is based on the principles of high-performance psychology and Torah After studying in Yeshivat Sha’alvim, Rabbi Reichman received Semikhah (rabbinic ordination) from the Rabbi Isaac Elchanan Theological Seminary of Yeshiva University. He received a bachelor’s degree from Yeshiva University, a master’s degree in Jewish Thought from Bernard Revel Graduate School, and a master’s degree in Education from Azrieli Graduate School of Jewish Education. He then spent a year studying at Harvard as an Ivy Plus Exchange Scholar. Rabbi Reichman currently lives with his family in Chicago where he is pursuing a PhD at the University of Chicago. To find more inspirational content from Rabbi Reichman, to contact him, or to learn more about Self-Mastery Academy, visit his website: ShmuelReichman.com

Holy Cheesecake: Why We Feast on Shavuot

Lively Overview: The Book of Ruth
Deep Breaths
What Happened to the Truth?
The Japanese Everything Bagel Spice Recipe
Comments
MOST POPULAR IN Shavuot
Our privacy policy