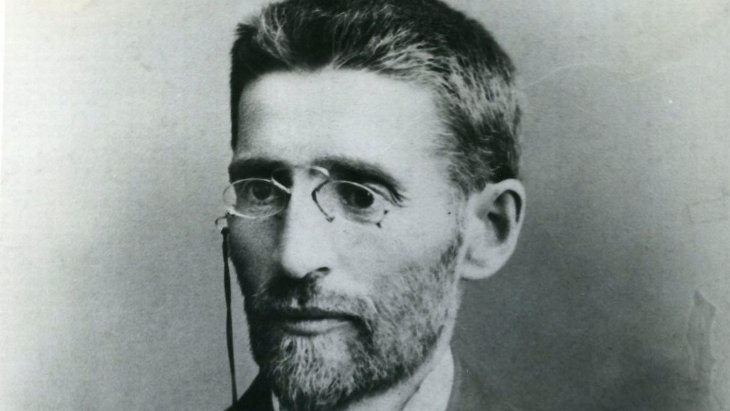 In celebration of Hebrew Language Day, meet the father of modern Hebrew.

It is astonishing that the Jewish nation, which has undergone various exiles and has suffered immensely at the hand of its many enemies, not only survives but thrives. Equally astounding is the revival of the Hebrew language – an extraordinary story unparalleled in history.

More than 3,000 years ago, when the people of Israel arrived with Joshua to the Holy Land, Hebrew was established as the national language. Hebrew remained in common usage until around 400 C.E., when, under the weight of dispersion after the destruction of the Second Temple, Hebrew fell out of common usage. Biblical Hebrew survived through the exiles due to its role as the language of liturgy and religious texts. Throughout history there has always been Jews fluent in Hebrew. Meanwhile, written Hebrew continued to evolve; it was the language of poetry and correspondence between scholars.

This Tuesday is Hebrew Language Day, which marks the birth of Eliezer Ben-Yehuda, who was the driving force behind the revival of Hebrew and its transformation into its modern form. Ben-Yehuda was born Eliezer Perelman in Luzhky, Lithuania in 1858. The son of a Chabad Hasid, he was given a traditional religious education at a local yeshiva. He excelled in his studies and was sent to a Talmudic Academy in the hope that he would become a rabbi. However, like many promising young Jews of the time in eastern Europe he became interested in the secular world and entered a Russian gymnasium. He remained obsessed with modern Hebrew literature and eagerly consumed Hebrew periodicals, especially those concerned with Jewish nationalism. Nationalism became his way of embracing Hebrew without religion.

Ben-Yehuda was captivated by the ideas of Zionism. He believed that the revival of Hebrew in the Land of Israel would unite all Jews worldwide. Ben-Yehuda regarded Hebrew and Zionism as one and the same. He wrote, "The Hebrew language can live only if we revive the nation and return it to the fatherland.” 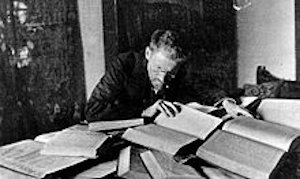 Acting on these ideas, he determined that he should go to Palestine. He left Russia in 1878, first going to Paris to study medicine so as to help the Jewish community in Palestine. But due to tuberculosis, he was unable to continue his studies. In 1881 he and his wife, Deborah Jonas, arrived in Jerusalem with his revival plans for the Hebrew language. His main plan of action was three-fold and can be summarized as “Hebrew in the Home,” "Hebrew in the School,” and “Words, Words, Words.”

He changed his family name to Ben-Yehuda and he and his wife created the first modern Hebrew-speaking household. Their son, Ben Tzion (son of Zion) was born in 1882. Having a child in the house accentuated the need to find appropriate Hebrew words for everyday life. New words were coined by Ben-Yehuda for objects such as doll, ice cream, towel, bicycle, and hundreds more. They had four more children.

Ben-Yehuda introduced Hebrew as the language of instruction and study in schools. He gained the support of educators who were enthusiastic Jewish nationalists. Teaching Hebrew in schools was a very practical solution to the problem of immigrants from different countries who spoke a variety of languages.

He also wanted to attract adults to his ideas. Through his newspaper HaTzvi, he taught adults both via its content and its language. Jews being avid readers, his newspaper did much to spread his ideas and his linguistic coinages in Palestine and abroad.

Not everyone was a fan of Ben-Yehuda. Many saw his work as blasphemous because Hebrew was the holy language of the Torah, and some thought that it should not be used to discuss everyday mundane matters. He and his wife wore religious garb in attempts to attract religious Jews to his nationalist cause, but the religious Jews saw through the guise and went so far as to excommunicate Ben-Yehuda. 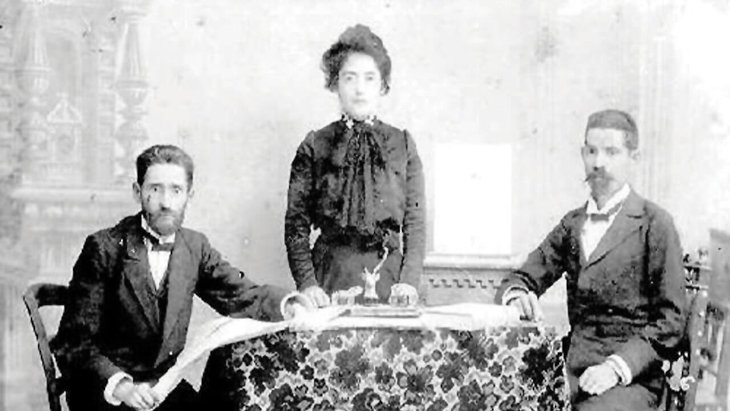 Eliezer, his wife Hemda, and David Judelovitch, a former student of Eliezer who became one of the leading educators bringing Hebrew to the schools of the settlements.

Tragedy struck the family in 1891 when his wife died of tuberculosis. In the winter of 1892, a diphtheria epidemic claimed the lives of their three youngest children. Ben-Yehuda married his late wife’s sister Hemda.

He became a lexicographer, culminating in his 17-volume A Complete Dictionary of Ancient and Modern Hebrew. It was completed by Hemda and his son after Ben-Yehuda’s death. He fashioned over 300 new Hebrew words out of the ancient Hebrew structures. Since then, modern Hebrew has a lexicon of more than 75,000 words. These include over 2,400 deliberately designed Hebrew alternatives for foreign words and recent words and recent terms which the ancient language never contained.

What finally brought about the revival of Hebrew were developments in the communities of the First Aliya (1881-1903) and the Second Aliya (1904-1914). The first Hebrew schools were established in these communities. Hebrew became a spoken language of daily affairs and finally became a systematic and national language.

In 1922, the British Mandate of Palestine recognized Hebrew as one of the country’s three official languages (English, Arabic and Hebrew), and its new formal status contributed to its diffusion. One month later, at the age of 64, Ben-Yehuda passed away from tuberculosis.

British historian, Cecil Roth, stated, “Before Ben-Yehuda, Jews could speak Hebrew, after him, they did.”

The Word "Hebrew": Insights into the Hebrew Language

The Meaning of "Adam": Insights into the Hebrew Language
Bechukotai 5782: Divine Retribution
Behar 5782: Working to Live or Living to Work?
The Wholeness of Being Broken
Comments
MOST POPULAR IN Jewish Society
Our privacy policy