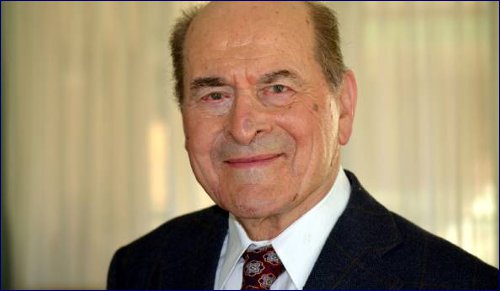 The maneuver of Dr. Heimlich, who recently passed away at age 96, wasn't his great contribution to saving lives.

Dr. Henry Heimlich, inventor of the famous Heimlich maneuver, was once described as “the man who saved the lives of more human beings than any other person.”

Henry Heimlich, born into a working-class Bronx Jewish family, struggled through the Depression.

Heimlich first saved a life at age 20 while returning to New York after working as a summer camp counselor in Massachusetts. The train derailed, pinning a fireman underneath one of the cars in a swamp. Heimlich held the man’s head above water for an hour until help arrived.

He joined Navy ROTC in medical school and, after being inducted in 1944, was sent on a top-secret mission to the Gobi Desert. The plan was to establish a medical camp that would later treat injured American soldiers during the expected invasion of Japan.

Meanwhile, in his spare time, Heimlich began treating the local Chinese farmers. At first they were suspicious, but when he cured a young girl of a huge stomach abscess, the camp suddenly found itself facing a line of Chinese peasants at its door each morning seeking treatment for various ailments. Heimlich soon recognized a local epidemic of trachoma, an eye infection that eventually causes blindness. He cured it by pulverizing a recently developed antibiotic and mixing it with shaving cream.

When he returned to the U.S. after the war, Heimlich had difficulty finding a position. Doctors who had not been in the military had already built large practices. 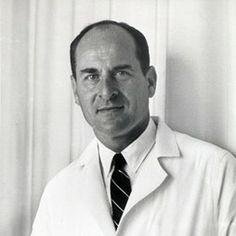 Finally landing an internship with a thoracic surgeon, Heimlich began to take interest in patients whose esophagus had been damaged by drinking household lye. This was unfortunately a common accident before child-proof bottles. He developed a procedure in which a strip of the lower stomach was used to construct a new esophagus so these people could eat normally again. 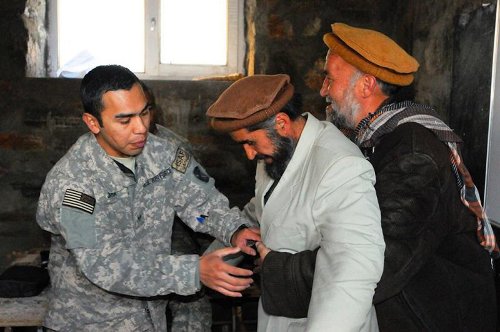 Ironically, Heimlich’s greatest contribution to life-saving was not the renowned Heimlich maneuver. He was curious about the complex hospital equipment needed to drain the fluid from injured chests to prevent a potentially fatal lung collapse. The old method involved an electrically powered suction machine that presented problems moving it from room to room. Heimlich, observing that chest injuries drain naturally, wondered if a type of valve could prevent the deadly backflow.

He bought a flutter valve – a flexible “Bronx cheer” rubber tube – in a five-and-dime store and attached it to a hypodermic inserted into the chest of a patient. Then he kept vigil at the patient’s bedside for two nights. The device worked successfully and in 1965 the Army ordered thousands. The Heimlich Valve became standard equipment in every soldier’s pack in Vietnam, saving thousands of lives. When Dr. Heimlich visited Vietnam 24 years later he was astounded to find that his name was familiar there. The Quakers had supplied Heimlich Valves to North Vietnam, saving thousands lives there too. Heimlich felt that was the one of the most emotional experiences of his life.

In the early 1970’s, he was disturbed to learn that nearly 4,000 Americans die each year from choking on food or small objects. He researched ways to use diaphragmatic pressure to save victims of choking. In 1974, he developed a method that allowed air trapped in the lungs to be used to expel the object from the victim’s airway. This method would be called the Heimlich Maneuver. Simple and easy to perform, the Maneuver has saved countless lives around the world including President Ronald Reagan, Elizabeth Taylor, Nicole Kidman, Halle Berry, basketball sportscaster Dick Vitale, New York Mayor Ed Koch, and news anchorman John Chancellor. It is estimated that his famous Heimlich maneuver saves one choking victim in the United States each week.

Heimlich, who demonstrated the “Heimlich Maneuver” numerous times over the years, had never personally used it in an emergency situation. Not until a week ago.

The 96-year-old Heimlich was sitting at a communal dining table at Cincinnati’s Deupree House, an upscale senior living center where he has lived for the past six years.

Then he noticed fellow resident, Patty Ris, 87, was choking while eating a hamburger.

Immediately Heimlich jumped up, put his arms around her and pressed on her abdomen below the rib cage, as per his own instructions displayed on posters in most American restaurants. 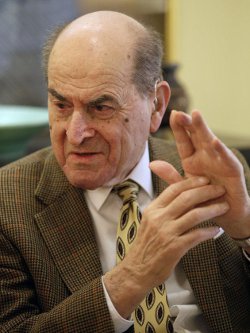 Commented Dr. Heimlich afterwards: “I sort of felt wonderful about it.

After three compressions, this piece of meat came out, and she just started breathing, her whole face changed. I just felt a satisfaction.”

Ris said she randomly selected the seat in the dining room on Monday because she is a new resident at Deupree.

“When I wrote my ‘thank you’ note to him for saving my life, I said, ‘God put me in that seat next to you, Dr. Heimlich, because I was gone, I couldn’t breathe at all,’” stated Ris gratefully.

As Dr. Heimlich explains in his biography:

“My interest in saving lives goes beyond simply being fascinated with science. As my parents taught me from a young age, we each have an obligation to give back, to help others in whatever way we can. True happiness comes from giving of oneself.”

Judaism believes that, “He who saves a life saves an entire world.” In that case, Dr. Heimlich has been saving countless worlds throughout his lifetime.