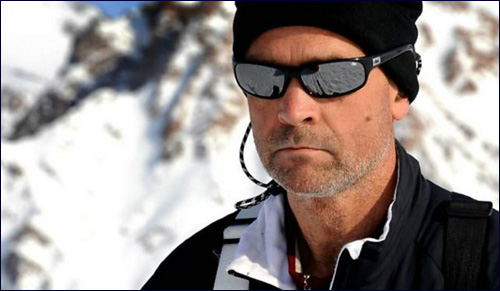 The British explorer died attempting to cross the Antarctic unaided. Was it worth it?

Last week British explorer Henry Worsley died while attempting to become the first person to cross the Antarctic unaided. The 55-year-old former army officer was airlifted to a hospital in Chile, after having hiked 913 miles for 71 days across the South Pole; he was just 30 miles short of his goal. Besides suffering from severe exhaustion and dehydration, the married father of two was found to have bacterial peritonitis and the doctors were unable to save him.

Henry’s last statement from Antarctica said: “The 71 days alone on the Antarctic with over 900 statute miles covered and a gradual grinding down of my physical endurance finally took its toll today, and it is with sadness that I report it is journey’s end- so close to my goal.”

Was it worth it?

Henry raised over $142,000 to help wounded soldiers and he explored a part of this world that most of us will never see. Wow, I thought as I looked at the last photo of him across the empty, snowy tundra. This man was willing to give up everything to do this. Go literally to the ends of the earth to… accomplish what?

This man was willing to give up everything to do this.

One of the saddest photos I saw from his expedition was the picture of his skis on which his children had written: Go Dad! You can do it!

Martin Siegert, a geoscientist and Antarctic explorer at the University of Bristol in England, remarked, “There are no native human beings living on Antarctica, and there’s a good reason for that.”

I looked at the last photo of Henry during his journey and wondered if he would have thought it was worth it in the end. 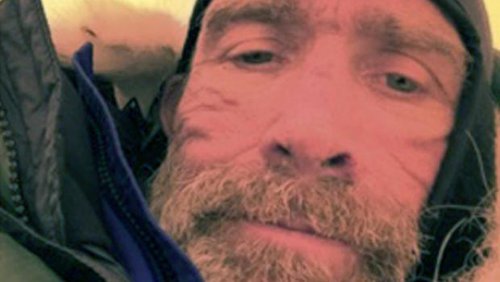 Henry Worsley on the 68th day of his expidition.

It made me think about the time I wanted to go sky diving. I had all the statistics prepared before telling my husband. How one in 6,000 people die in car accidents, but only one in 100,000 people die sky diving. How it was really safer than it looks etc.

“We have to drive to live. You don’t have to jump out of a plane to live. Why would you want to do that?”

I could have explained why I wanted to skydive. I want to know what it feels like to fly. To see the world from a place higher than I can imagine. To be free. But I didn’t, because these reasons wouldn’t make sense to my husband. I wasn’t even sure if they really made sense to me.

Later that day, one of my children who had overheard the conversation asked me, “Ima, you aren’t really going to go sky diving, right?”

And I realized right then how stupid I sounded. A married mother of five deciding that now was a good time for skydiving? It was risky. It was irresponsible.

“No, I’m not. It was a silly idea.” I realized that even thinking of going sky diving sent a message to my husband and children: I care more about jumping out of a plane than being there for you. And it was absurd because I spent almost all my time and energy building our home and our marriage. I had so much to lose and so little to gain.

Does this resonate with my core values? Will it be worth doing in the end?

I have learned to ask myself this question when I want to do something: Does this resonate with my core values? Will it be worth doing in the end? I recently qualified for the Boston Marathon 2017, a runner’s lifetime dream. I qualified for Boston 20 minutes ahead of my qualifying time and I was ecstatic until I saw the calendar. The 2017 Boston Marathon is scheduled on the second Yom Tov days of Passover. My heart dropped, but then I realized: This is my finishing line right here. Living my life according to my values. Not running after emptiness and illusions. Not just knowing but actually living for my values.

Is it worth it to chase our dreams at all costs? No one can decide for anyone else what price to pay or how much to risk. But for me, I have found that it takes a lot more courage to live for my beliefs than to risk everything to ‘feel free.’ I don't know if Henry Worsley’s attempt was worth it. Maybe for him it was. But I wonder if he wouldn’t trade the whole epic adventure for one more day with his wife and children.

Henry’s life teaches all of us to keep asking that question whatever we do: What am I living for? Will this be worth it in the end?