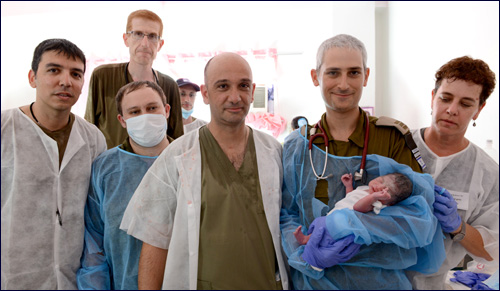 Below is a first-person account of one of the soldiers taking part in the IDF’s rescue delegation to the Philippines in the wake of Typhoon Haiyan.

For live updates on the rescue mission click here

Our journey to the Philippines began as we found ourselves in the Ben Gurion International Airport, awaiting for instructions and prepared to board a plane with more than 100 tons of equipment. We were a diverse group – 148 officers and soldiers, doctors, nurses, lab technicians, psychiatrists, social psychologists, search and rescue workers, etc. 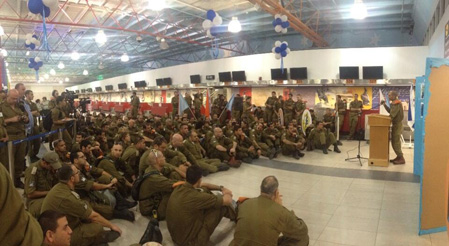 IDF delegation for the Philippines at Ben Gurion Airport 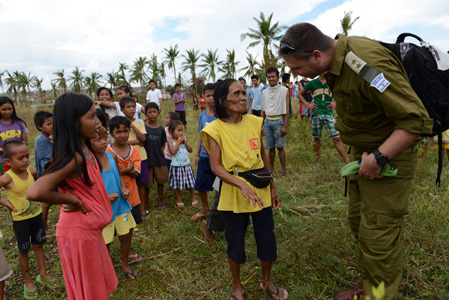 After 12 long hours crossing the universe, we arrived in Cebu. As we stepped off the plane, we quickly came to understand one of the serious challenges we would be facing in the Philippines – unprecedented heat. We landed in an airstrip and were surrounded by hundreds of boxes of foreign aid. We were immediately welcomed by dozens of the local residents, excited to greet us in our first moments in the Philippines. We boarded buses for a 4-hour drive north to Bogo City, a city deeply impacted by Typhoon Haiyan. 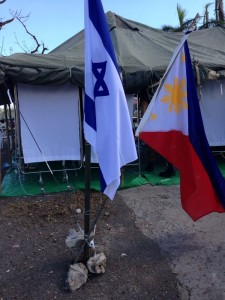 Flags standing side by side

Despite our exhaustion, we couldn’t help but be enthralled by the beauty of the countryside. We reached Bogo City on Thursday night and spent our first night in the local sports complex as we experienced our first rain in the Philippines through the open sky under which we slept (the roof of the complex was destroyed in the typhoon). There was a clear feeling of excitement – the desire to get to work as soon as possible. Members of the delegation spent the evening playing guitars and singing, already building strong bonds.

Our first full day started early and we immediately began to unload all of the medical supplies that had arrived. The amount was staggering – wheelchairs, ultrasounds, diapers, medication and even refrigerators. The atmosphere continued to grow with pride and excitement, especially when the flags were raised. The pediatrics section was decorated with toys and, almost instantly, local residents began standing in line waiting for medical assistance. 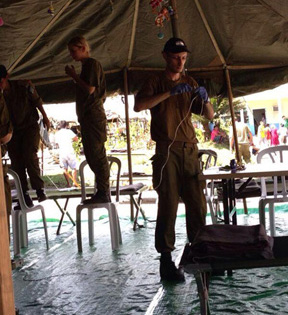 The day was filled with major milestones – admitting the first patient, as well as the birth of the first baby, aptly named “Israel.” Lt. Col. Dr. Ofer Merin, the medical manager of the hospital, kept mentioning the importance of what we were doing, stating “we are here to answer the call for help.” I had the privilege of being in the delivery room minutes after Israel was born and what was felt in that room was truly the essence of hope – the feeling that after such a horrific experience, life, and especially new life, continues. 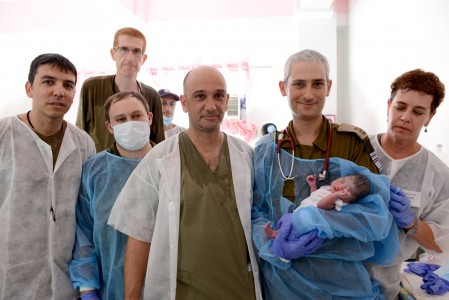 On the second morning, we were greeted by roughly 150 people lining up outside the hospital, eager to catch a space in line. The second day was also the first full day in which the x-ray station, laboratory station and optometry station were used. Certain moments felt frenzied – a constant buzz that was felt every time we saw patients in line. Procedures continued – the first C-Section occurred, as did the delivery of a woman in the backseat of her car. 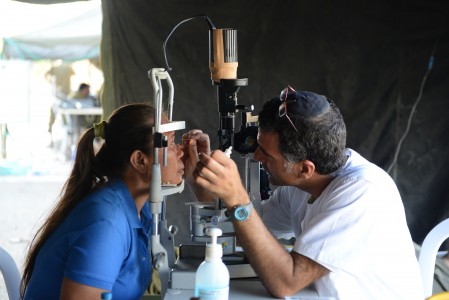 It was in moments like these in which the IDF delegation’s true nature was shown – its commitment to helping, without any desire or need for a thank you. The overall feeling here is one of persistence and commitment to a cause – to do whatever is needed to help the people in need. 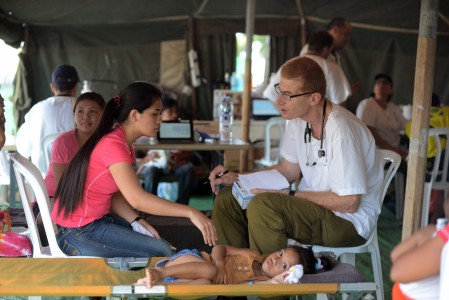 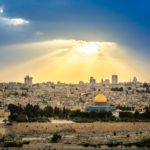 Why We Left a Secure Life in the U.S. and Moved to Israel5 min read