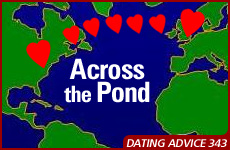 My fiancé now insists I leave Chicago and move to London with him. But I don’t want to.

I read your articles all the time and value your unique blend of Judaism, psychology, and practical life skills. I now have a question of my own and am hoping you can help.

I am my mid-20s. A few years ago, I began to date a British man who was living in my city in the U.S. After eight months of dating, we decided to get married. We agreed that we'd move to Chicago, during which time I'd be in a three-year accelerated PhD program, after which we’d move to London. We picked Chicago because my family lives there and my mother had recently been diagnosed with a serious illness. This would give us an opportunity to spend time with them before moving abroad at the end of my studies.

However, soon after we became engaged, he suddenly changed his mind and decided that he did not want to move to Chicago. Instead, he insisted on moving directly back to England after our wedding, even though he'd been living in the U.S. for the past eight years for university and work. He said he missed Europe and felt that's where he belongs. This impasse brought us to a standstill and after four months of debating back and forth, we broke up.

Until this issue came up, we got along perfectly and saw eye-to-eye on all issues. I had never been happier in my life.

Now here we are, several months later, and he’s gotten back in touch with me saying that he has not been able to move on and wants me back (I feel the same), but still on the condition that I forego Chicago and move to London immediately.

Should I give up Chicago for him? Or should he be willing to “grin and bear it” for a few years? Am I being unreasonable? Is he?

My friends and parents say that if a man truly wants to be with you, he would move mountains. What do you say?

You've described more than an ordinary impasse between two people who care for each other but have conflicting goals about the future. This may also be a power struggle that could be a preview of coming attractions between you and this man.

In a healthy relationship, partners make decisions together after exploring what options are good for them – both individually and as a couple. A husband and wife compromise by focusing on what's best for their marriage. Sometimes, one partner "gives in" to the other's wishes – because they realize the issue is more important to the other person, or because they decide the choice is better for the two of them in the long run. In these instances, both partners accept and adapt to the mutual decisions they've made.

Sometimes, though, a person will acquiesce to the other because they're afraid, or feel coerced into the decision. Although it seems that the matter has been settled, they can still feel resentful and angry, especially if they regularly do more “giving in” than their partner. And while they may try to hide these feelings, they can emerge in other negative ways during the course of the relationship.

There is nothing wrong about having a deal-breaker.

When two people who are contemplating marriage have conflicting life goals or priorities, they may find themselves stuck at an impasse because neither wants to compromise. There is nothing "wrong" about feeling that something is so important that it’s a "deal breaker." So if he wants a kosher home and she opposes the idea, or she wants a career and he prefers a stay-at-home mom, they may go their separate ways, because neither party may be able to resolve the conflict by giving up something very important to them.

Is your situation one that could be compromised? From what you explained, it sounds like your goals were close enough to work things out. It seems that you were already thinking of compromises when you chose an accelerated and high-pressured Ph.D. program and agreed to move to London when you completed it.

Your original plan seemed practical, workable, and a good compromise. It showed flexibility on both sides. It also seems that when this man changed the game plan, he displayed a lack of flexibility and perhaps a wish to come out ahead in the power struggle. The question is: Did he have a compelling reason to renege on your agreement, or did he simply insist on having things his way?

We don't know, since we haven't heard his side of the issue. If he simply couldn't be flexible, or decided that he had to have things on his terms, we'd be concerned about a future with him. It's difficult to be in a marriage with a spouse who can't understand the other person's needs and point of view, and isn't able to make decisions with them in mind. It's even more difficult to be married to someone who doesn't want to compromise because he wants to be in control. We can't tell if this man is inflexible or controlling. You might be able to tell by examining the reasons he gave for changing his mind.

We wonder how much weight he gave to two important factors. First is your wish to be close to your family while your mother is struggling with a serious illness. Was it hard for him to see how important this was to you? Was he worried that your sense of responsibility toward her might keep you there longer than the three years agreed upon? Was he worried that he'd be competing with your family for attention?

In addition, did he consider the impact an immediate move would have on your plans to complete your education, and that relocating to another country requires a lot of planning and preparation?

These are some of the issues you should have discussed together in determining how flexible either of you could be. Marriage partners have to be flexible, because their expectations may not always be in sync, and because life always seems to get in the way of people's plans. Clearly, as a couple, you needed help with conflict resolution skills. Since this was your first real disagreement, the two of you had no experience working together to tackle a difficult issue.

So where does this leave you now? “Dropping everything" and joining him in London may fill your deep emotional need to reconnect. But it will create a host of other concerns:

How will moving right now impact your connection to your family? Will you feel resentful or guilty because you can't be near your mother at this time in her life? Will you be able to afford to travel back and forth often for extended visits, or will this become a financial and logistical problem for you?

Is there a Ph.D. program in England that's comparable to the one you're pursuing, and would you be eligible for admission? How comfortable do you feel about possibly having to go in another direction with your schooling and career?

The bottom line is that you should not acquiesce to this man’s "request" simply because you care about him and miss him. You have to resolve the underlying problem that caused you to split up in the first place: Can you learn to effectively deal with disagreements and reach solutions you're both comfortable with?

We suggest that you meet with a couple's counselor to discuss all aspects of your dilemma and see if you can resolve them with guidance. If you succeed, the skills you acquire – listening to each other, exploring solutions, and reaching a compromise – will lay a good foundation for other disagreements that are sure to crop up in marriage.

And if you can't come to a resolution, you'll know that in spite of your deep feelings for each other, your inability to resolve this impasse shows that this marriage wasn't meant to be. That understanding should make it easier for you to mourn and move on.