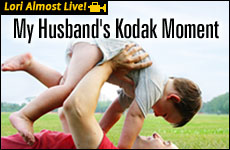 Relationships go up and down. Here's how to keep the picture looking positive.

The Worth of a Man

Dad's Chair
Bechukotai 5782: Divine Retribution
Behar 5782: Working to Live or Living to Work?
The Wholeness of Being Broken
Comments
MOST POPULAR IN Spirituality
Our privacy policy