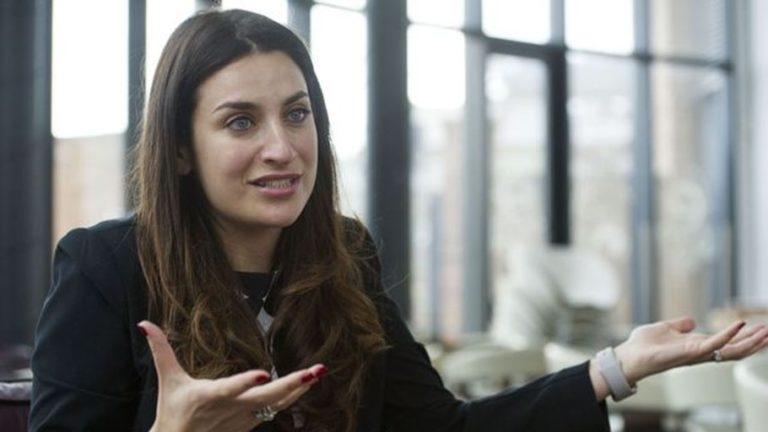 After years of rising anti-Semitism, British MPs are leaving the Labour political party.

From the moment Luciana Berger, a Jewish Member of Parliament (MP), was elected to represent a Liverpool district in in Britain’s parliament in 2013, she’s been subject to grotesque anti-Semitic bullying.

Online trolls have called for her death. They’ve published pictures of her superimposed with Nazi-era Jewish stars. Anti-Semites sent her threats and pornography, accused her of being loyal to Israel not to Britain, and threatened to murder her. A year after becoming an MP, Mrs. Berger testified in court that a Welsh activist terrorized her by spreading an online “Filthy Jew B*** campaign” which encouraged anti-Semites to turn up to Mrs. Burger’s constituency offices and hurl vile abuse at her and her staff.

“It’s fair to say I was the most concerned I have ever been about my personal safety,” Mrs. Berger explained in court. Police officers were stationed in both her home and her offices. “What happens online does not always stay online,” Mrs. Berger explained. She was worried that anti-Semites were out to do real harm.

The abuse never stopped. American neo-Nazis harassed, called her obscene names, and slanderously claimed she was bribed by Israel. In 2017 a British online harasser was jailed for three months for sending Mrs. Berger pictures of knives, threatening to kill her and calling her “Jewish scum”. “This caused me to feel physically sick,” Mrs. Berger explained in court. Now nine months pregnant, she continues to find herself the recipient of anti-Semitic abuse.

Luciana Berger received scant support from her party. In 2015, Jeremy Corbyn became leader of Britain’s Labour Party, and since then his disdain for Jews has been clear. 38% of British citizens describe Corbyn as an anti-Semite, as do over 85% of British Jews. In 2018, it emerged that Corbyn routinely refers to another member of his own party, Dame Louise Ellman, an MP from a Liverpool district, “The Right Honorable Member for Tel Aviv” whenever he sees her interviewed on television.

“Jewish people have been made to feel very uncomfortable,” Dame Ellman explained, “and the leadership have taken very little action to deal with this.”

Rising anti-Semitism within the Labour party has been echoed across the country. In 2018 there were 1,652 anti-Semitic recorded incidents in Britain: a 16% increase from 2017. This included online trolling, the rising use of neo-Nazi imagery, physical attacks and desecration of Jewish property. One 2018 poll found that nearly 40% of Britain’s Jews would “seriously consider leaving” the country if Jeremy Corbyn becomes Prime Minister.

On February 19, 2019, a group of MPs, including Luciana Berger, finally had enough. Standing with a group of six other Labour MPs, Mrs. Berger explained that she was leaving the Labour Party she’s worked for all her adult life. “I cannot remain in a party that I have come to the sickening conclusion is institutionally anti-Semitic,” she explained to a shocked nation. “The (party’s) leadership has willfully and repeatedly failed to address hatred against Jewish people within its ranks… I am leaving behind a culture of bullying, bigotry and intimidation.”

Mrs. Berger’s colleagues, who are not Jewish, agreed -- and more kept coming. The following day, MP Joan Ryan announced that she, too, was quitting the Labour Party, citing anti-Semitism as the reason. Mrs. Ryan said that her party was “infected with the scourge of anti-Jewish racism… I cannot remain a member of the Labour party while this requires me to suggest that I believe Jeremy Corbyn – a man who has presided over the culture of anti-Jewish racism and hatred of Israel that now afflicts my former party – is fit to be prime minister. He is not.”

She made her decision while watching Luciana Berger give her speech announcing the new Independent Group. “A young woman, a Labour MP, has to leave the party because she’s Jewish, because of anti-Semitism,” Mrs. Ryan realized. In that instant she knew she had to leave the party too.

The “Gang of Eight”, as the MPs were quickly dubbed, formed an Independent Group, sitting together in Parliament and beginning to work out the platform of what might soon be a new political party. A few days later, they were joined by three right-of-center MPs from the Conservative Party who joined the dynamic new group. (A ninth Labour MP, Ian Austin, also walked out of the Labour Party, decrying its “culture of extremism, anti-Semitism and intolerance”, though he declined to join the Independent Group.) 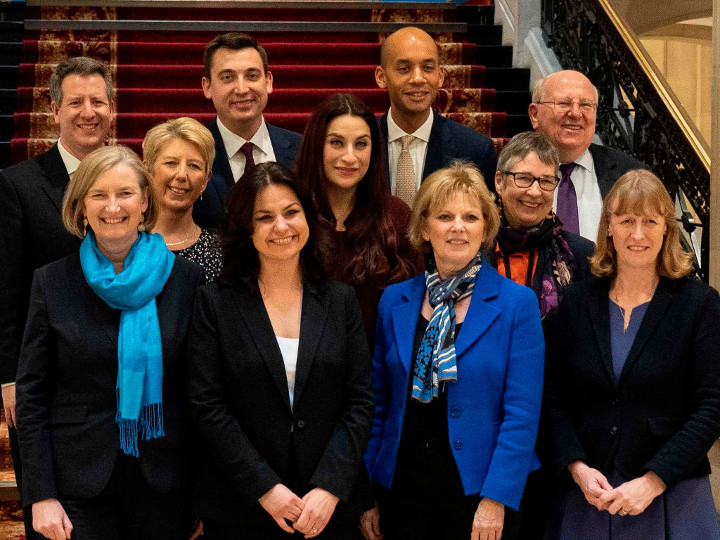 As his party implodes around him, Corbyn and the rest of the Labour leadership seem determined to prove the defecting MPs right. Labour MP Ruth George erroneously accused the new Independent Group of being funded by Israel (she later apologized). Corbyn insists there is no problem of anti-Semitism in his party and has said he has no intention to change. Meanwhile, more MPs are rumored to be considering joining the Independent Group – and Britain is finally confronting the anti-Semitism in its midst.

The whole country is finally discussing the problem of anti-Semitism in Britain today. One Labour MP, Tom Watson, was fielding calls about the Independent Group on a radio program when he let his guard down and described the problems in the Labour Party – and in society in general. “I have been a member of the Labour Party since I was 15 years old,” he explained. “But...there are aspects of it that I don’t recognize any more. The harshness, the brutality, the bullying.”

That culture of hate has finally led to the greatest shake-up of British party politics in a generation. The eleven MPs of the new Independent Group are finally standing up against anti-Semitism and anti-Jewish bullying. At long last, they are forcing all of Britain to finally confront the Jew hatred in their midst.

The Piechotkas and the Wooden Synagogues of Poland

US Cabinet Member Sworn in on 500-Yr-Old Jewish Text
Live Abortion Panel
Morality and Abortion: Three Views
There Are No Limits
Comments