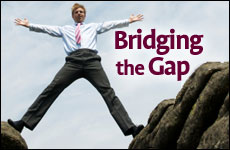 Living up to your ideals this new year.

I could get 99 out of 100 people to agree that speaking gossip about another person is wrong. I also know that if I polled those folks, 98 out of the 99 will still routinely speak gossip.

You can get the vast majority of humanity to agree up and down about the great value of altruism and selflessness, but at the end of the day, in the absence of extreme persistence, dedication and stalwartness in the face of failure, most of us will not fully live our ideals. That’s why we meet dating coaches who can’t seem to maintain a relationship, therapists whose personal lives are a train wreck and even the occasional spiritual leader whose day to day existence is anything but transcendental.

They may be fully committed to these concepts…but only intellectually, and there is a huge chasm between the head and the heart.

Historian Paul Johnson wrote a fantastic book that deals with this phenomenon called Intellectuals. In it, he outlines the philosophies of several major intellectual figures from Western culture (Rousseau, Marx, Tolstoy, etc) and then demonstrates through primary sources what their lives were actually like. Needless to say, they don’t match up too impressively. Marx, for instance, was actually not very into seeing actual proletariat (just writing about them). He spent most of his days in a pub in London racking up personal debt and treating people amazingly poorly. Russo wrote beautifully about the “Brotherhood of Man” yet had many illegitimate children whom he refused to assist, gambling debts and a host of other interpersonal issues. Did they believe what they were writing? Absolutely. But living what they wrote was another story.

The root of self esteem is for our insides to match our outsides.

Judaism has long maintained that the root of self esteem is for our insides to match our outsides. When we behave in a manner that is consistent with what we hold dear, we feel good about ourselves and the idea settles more deeply within us. When we behave in ways that oppose what we know to be right and good we feel hypocritical and unhappy.

One of the 48 ways to achieve wisdom listed in Ethics of the Fathers is to teach. One reason is that it forces you to learn an idea very well in order to articulate it effectively to others. Another is that is compels you to practice what you preach…literally. Last year I started teaching a series called “Master Your Emotions” that instructs people how to effectively understand and control their negative emotions. I started to feel like a fraud telling others how to behave when I wasn’t really doing it myself. Suddenly I found the motivation to really work on controlling my emotions. And the more consistent I was, the better I felt about my self as a person and a teacher.

Rosh Hashana is just around the corner. As the leaves change and the world turns towards Monday Night Football, the Torah teaches that it’s time to start looking within. Now is the time to start making a plan for your new year, one that maximizes our integrity and authenticity. Here are some practical suggestions: