Blacks, Palestinians and the Disastrous Politics of Rage 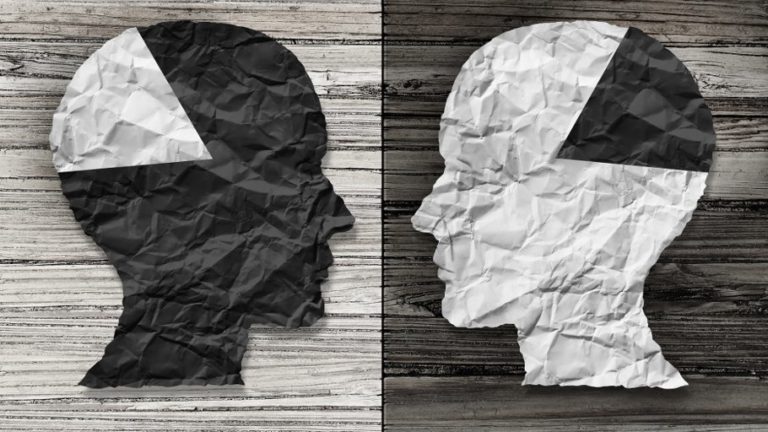 African American conservatives have a message worth heeding on the corrosive effects of playing the victim card.

I’ve just returned from a remarkable meeting of religious leaders and thinkers in Birmingham, Alabama devoted to race relations and reconciliation between whites and blacks in America. Eager to learn from the black leaders, I prepared to check my privilege and open my ears and soul to pain that as a white American I knew I could not fully understand. But one after another, these speakers – leading black conservatives – rejected the identity politics of victimhood dominant in black America as detrimental to black self-interest and to efforts toward racial reconciliation. As an Israeli, I appreciated the arguments in Birmingham as a lens on the Palestinian ideology of victimhood and how it undermines Palestinian self-interest and sabotages efforts toward reconciliation with the State of Israel.

The leaders I met included Eugene Rivers, a gang member as a teenager, and for thirty years now a pastor in inner city Boston and the co-chair of a national foundation that addresses urban violence; Glenn Loury, the economist who popularized the concept of social capital in his career at Harvard and Brown; Robert Woodson, a MacArthur genius award winner for his pioneering work empowering impoverished neighborhoods in thirty-nine states; and Carol Swain, raised as one of twelve children in a single parent home, who has taught politics and law at Princeton and Vanderbilt. All lived through the civil rights era of the 1960’s.

These thinkers maintain that black America lost its way with the rise of the Black Power movement in the late 1960’s. Martin Luther King had led a movement based on equality: if whites had civil rights, then so must blacks. But Black Power forged black identity on the basis of the cultural history of racial oppression and victimization. Demands for equality were now cast as reparations, an entitlement demanded as an expression of black self-determination.

These thinkers argue that blacks who reject the narrative of the omnipresence and omnipotence of white racism are shamed and castigated by fellow blacks, with the result that individuality is repressed so as to project a veneer of solidarity in collective black identity.

They argue that the ideology of victimization erodes moral standards within the black community.

They argue that the ideology of victimization erodes moral standards within the black community. Moral failures are explained and excused as the result of “the structural forces” of white oppression. Moreover, As Robert Woodson told the conference, too often, “evil has to wear a white face before we address it.” He pointed to black calls to squelch allegations of child molestation against R&B megastar R. Kelly to defend the reputation of black collective identity. Within the racial cosmos of Black Power, the immortal words of Martin Luther King are turned on their head. The black is not to be judged by the content of his character but by the color of his skin.

Further, they argue, Black Power actually disempowers black people. Emphasizing the omnipotence of white racist structural inequality, blacks inadvertently internalize the message that all is lost, and fail to engage efforts to better their own lot. These thinkers indeed decry attempts to disenfranchise blacks through voter registration laws and gerrymandering, but will tell you that apathy is the greatest source of voter suppression in the black community. Many repeated the statement, “We must save ourselves; no one is coming to save us.”

These thinkers point to the irony of just how racist the identity of black victimization really is. To state “whites are controlling my life” is to subscribe to white supremacy. To maintain that all whites must pay for what was done to blacks – is racist. To maintain that all blacks are off the hook because they are black – is racist. To suppress individual expression in the name of the black collective is to brand someone with the mark of race just as certainly as segregation did.

Finally, they argue, the narrative of black victimization sabotages attempts at racial reconciliation. Identity politics constructs a struggle between a victim-hero in opposition to a scapegoat, reveling in caricatured depictions of the oppressor. It is fueled by the very rage it produces. For blacks, part of that rage stems from the self-inflicted costs of the Black Power movement itself. Blacks understand that they are not free to express themselves as individuals, and are aware that black identity politics comes at the expense of moral courage. These realizations further sap blacks of their self-worth, further internalize black feelings of inadequacy, all further stoking the rage.

Their sharpest words, however, took on the black elite leadership. Leaders, these thinkers argue, must roll up their sleeves and impart skills and inspiration to underprivileged blacks. Instead, too many black elite leaders expend their energy decrying victimhood, in an effort that rising black conservative Derryck Green described as “a virtue-signaling, look-busy-while-doing-nothing action plan of self-righteousness.”

Moreover, reconciliation between the races can never be achieved because for the Black Power movement permanent victim status must be maintained, as Derryck Green noted: “Leaders of the movement will keep the ‘conversation’ [of racial reconciliation] going interminably because of the amount of social virtue and capital associated with the assumption of white guilt and black victimization.”

Well-meaning whites also contribute to the corrosive effects of Black Power. In his book, White Guilt: How Blacks and Whites Together Destroyed the Promise of the Civil Rights Era, black theorist Shelby Steele argues that white Americans view blacks as victims to ease their guilty conscience, and blacks attempt to turn their status as victims into a kind of currency that does nothing to truly assist blacks in improving their own lot. The result is that blacks internalize their sense of being beholden to the white bureaucrats who now control their lives. Government handouts on the basis of race discourage self-agency and personal responsibility thus diminishing their recipients’ self-worth further.

Palestinian narrative of victimhood sabotages efforts to achieve a lasting peace with Israel.

Palestinians pluck the chords of European colonial guilt in order to receive generous aid, with the result that Palestinians internalize their sense of being beholden to their European benefactors, further discouraging Palestinian self-agency and personal responsibility and diminishing their self-worth.

But above all, the Palestinian narrative of victimhood sabotages efforts to achieve a lasting peace with Israel.

The narrative of victimization loosens moral standards here as well. When a Palestinian murders a Jew, it is explained and excused as “a natural outcome of the occupation.” Within the Palestinian racial cosmos, evil must have a Jewish face before it is addressed.

Palestinian identity politics constructs a struggle between a victim-hero in opposition to a scapegoat, reveling in caricatured depictions of the oppressor. It is no coincidence that Palestinian media regularly feature illustrations depicting Israelis that traffic in classic hook-nose anti-Semitic tropes. And like black leaders fixated on race Palestinian leaders will “keep the conversation going” about reconciliation interminably because of the capital they accrue with world leaders by doing so.

Creatures and Teachers
It Takes A Lot Of Faith To Be An Atheist
How Instagram Brought Back This Nostalgic Soup
What Makes Eli Run?
Comments