Rabbi Joshua Hess is a congregational rabbi, chaplain and accidental writer. When he realized that his dream of playing professional basketball wasn’t meant to be, Rabbi Hess pursued ordination at the Ner Israel Rabbinical College in Baltimore. He later became a rabbi in Denver, while pursuing a Master’s in Pastoral Care. In 2009, Rabbi Hess 'took his talents' to central New Jersey as rabbi of Congregation Anshe Chesed . These days, he spends hours each week pouring over biblical texts, and equal time keeping up with sports and popular culture. To merge these passions, his blog, The Fanatic Rabbi, extracts spiritual lessons from the sports page. His other blog, Pop Jewish, highlights Jewish themes and values found within pop culture. He is a frequent contributor to the Huffington Post, New Jersey Jewish News, and Jewish World Review. Rabbi Hess and his beautiful wife, Naava, are the proud parents of four children. 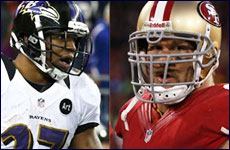 Doesn’t He have more important things to be worried about?

The Jewish Pope: Following the Questions Home
Rosh Hashanah Dictionary
The Meaning of Rosh Hashanah: An In-Depth Analysis
1 2 3 … 168 Next »
Comments