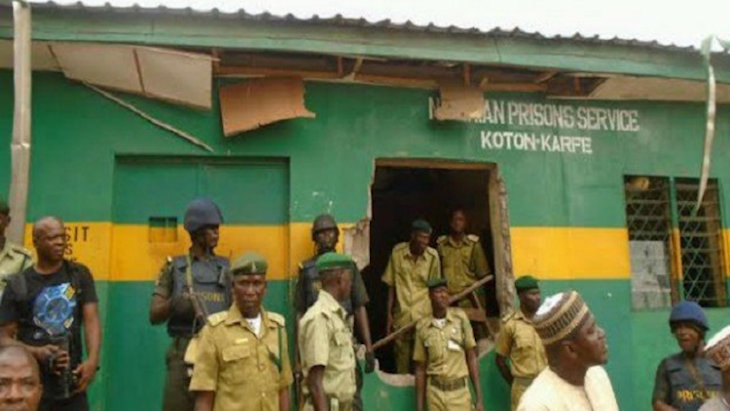 Piotr Cywinski is offering to serve time in prison in Nigeria so a child imprisoned for blasphemy can go free.

From 1939 to 1945, the Nazi killing machine murdered six million Jews, along with hundreds of thousands of Roma, Communists, minority groups and disabled people. In the horrified aftermath of the Holocaust, as these crimes came to light, people around the world announced never again would such crimes go unnoticed and unremarked upon, the world’s grim silence aiding the killers and pouring bitter scorn of indifference on the victims.

“Never Again” echoes the key commandment in the Torah “You shall not stand idly by while your fellow’s blood is shed – I am God” (Leviticus 19:16). When we see a person in grave danger, being persecuted, we have an obligation to go and help them. The reminder “I am God” adds gravity to this key command: it’s a reminder that every single person on earth was created in the image of God – every human being is infinitely precious and important.

Dr. Piotr Cywinski, Director of the Auschwitz-Birkenau Museum in Poland, which preserves the memory of the 1.1 million men, women and children who were murdered there during the Holocaust, is today showing the world what “Never Again” truly means: he’s offering to give up his freedom to help a boy he’s never met, who is facing horrible persecution in Nigeria. 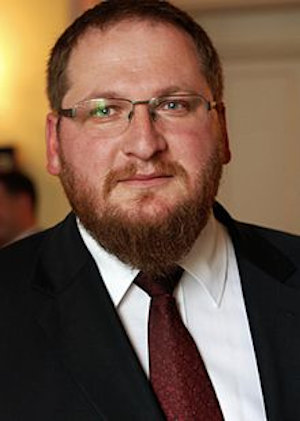 A few months ago, 13-year-old Omar Farouq, who lives in Kano State in northwestern Nigeria, got into a fight with another boy, and apparently uttered a curse word “toward Allah”. That was enough to get him hauled in front of a local Muslim court and charged with blasphemy. Incredibly, the court found him guilty and sentenced Omar to ten years hard labor in prison. His case received little attention at the time, despite its outrageous excessiveness and cruelty. A local human rights attorney found out about the sentence in August, and is trying to free the boy from ten years of torturous labor – so far with no success.

Dr. Cywinski read about Omar Farouq’s case and like many others was outraged. But unlike most of us, Dr. Cywinski decided he had to do something about it. Running the Auschwitz-Birkenau Museum, he’s accustomed to telling people that we must learn real lessons from the Holocaust, that “Never Again” means nothing if it’s not a true call to action.

Omar Farouq reminded him of the many Jewish children who were persecuted and tortured in Auschwitz-Birkenau. “I cannot remain indifferent to this disgraceful sentence for humanity,” he wrote in a letter to Nigeria’s President Muhammadu Buhari. Pres. Buhari had even visited Auschwitz-Birkenau himself, in 2018. Had he learned nothing from his visit?

Turning away from another’s pain is never an option. Instead, we all can learn from Piotr Cywinski and refuse to stand by while we watch our fellow human beings in torment. Dr. Cywinski has yet to hear a response to his offer to help Omar Farouq, but his gesture illustrates the true meaning of “Never Again.” We are all responsible for standing up when we see people who are persecuted, tortured, in danger and in pain. Remaining indifferent isn’t benign, it’s evil. We must stand up and help.