At the Church of Latter-Day Saints, My Mother’s Moment of Truth 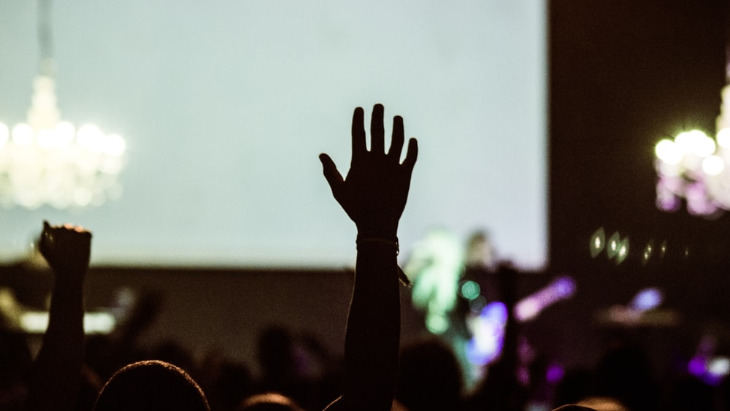 My mother had very little Jewish upbringing. Her life changed when she had to take a public stand for what she believed.

My mother was an “Eishet Chayal” – a “Warrior Woman” – long before she knew the meaning of King Solomon’s words that my father sings to her every Friday night. Her childhood touch-points with Judaism were sparse. It was only when she went to the free-thinking and free-loving college campus of U.C. Riverside that her connection to her spiritual heritage truly started to flower.

It was the 1970’s. She was modest by nature, what some frat boys called a “prude”. She initially lived in the women’s dorm and then moved into an apartment with three salt-of-the-earth Mormon female roommates.

They made her feel comfortable – chatting without cussing, abstaining from alcohol and drugs, and not making fun of her for wearing skirts and dresses that comfortably fit her body without uncomfortably advertising it. Their idea of a "party" was having get-togethers where people had pleasant conversations, followed by packing food for charity.

One day, her roommates burst into their flat, shivering with excitement. My mother put down her book and adjusted her glasses. What’s gotten into them? Did one of them start dating a boy? she wondered.

“You won’t believe it,” they told her. “Our Church is choosing a new prophet!”

My mother had never seen them this excited. “When? What happens?”

They excitedly told her of the “once in a lifetime” moment when a new President, or “Prophet”, of the Church of Latter-Day Saints is chosen. Swept up in the rush of youthful zeal, my mother found herself agreeing to join them on the road trip from California to Utah, headquarters of their faith.

Why not? she told herself. She was an inquisitive person and what better way to explore a culture than with a literal front-row seat. And if anything goes wrong, I can just shut my mouth and keep my head down and no one will notice me. This introverted life-approach had served her well so far, hiding her sensitivity and intelligence from intimidating people, especially men, who teased her for it.

Those who believed the imminent Mormon president to be the “only true Prophet on Earth” should stand up and lift their palm towards the ceiling. That’s when my mother’s Jewish soul woke up.

But 663 dust-blown miles and many changes of outfits later and my mother found herself trapped. She was sitting in the third-row balcony of a castle-like hall, surrounded by thousands of believers and dozens of national and international media cameras and reporters. Someone had just announced that all those who believed the imminent Mormon president to be the “only true Prophet on Earth” should – when called upon – stand up and lift their palm towards a small, blue-sky filled, square window in the ceiling as testimony to the One Above in all things.

And that’s when my mother’s Yiddishe neshama (Jewish soul) woke up. You don’t believe in this, so you can’t do this. You must be honest, an inner voice told her. My mother glanced around, looking for a way out. But she was jammed in between her two friends. And on either side of her, crashing towards her was a wave of hands being lifted in the air, highlighted by bolts of bright sunlight from the tall windows.

Maybe she should stand up but keep her mouth shut, or raise her palm but keep her head down. Maybe slink lower into her chair and pray for a miracle that no one notices her. She was experiencing the introvert's worst nightmare.

Her heartbeat zoomed into overdrive. And as the color crimson filled the capillaries in her translucent cheeks, she remained seated, even when she realized that all the people below were looking up at her section, and at her, at the one person sitting. The news cameras zoomed in to capture her face. Shocked whispers and furious note-scratching of journalists assaulted her from every angle. She shut her eyes and felt the heat of shame.

Her picture was later featured in international magazines, with commentary speculating who was this mysterious woman who remained sitting. My mother wondered what hell-fire her roommates would receive from their church and friends. But back in their hotel room, they consoled her and said, "You shouldn’t do what you don’t believe."

My mother told me, “My roommates supported me; they had my back.”

By the end of her college years, my mother was attending regular Shabbat services. Upon graduating with a PhD in Microbial Genetics, she stepped out of the rat race to attend Machon Chanah, a women's seminary in Chassidic Brooklyn.

My mother, my teacher, embodies the ideals of the Jewish woman of valor. She’s a warrior not defined by the glorification of violence but by the moral nobility of her values.

Her bold moment of shame for staying committed to her Truth and her fierce courage to live authentically makes me so proud to call her my mother.

Ed. note: The original version said this took place in the Mormon temple. After checking with his mother, the author has changed the location to a large hall.