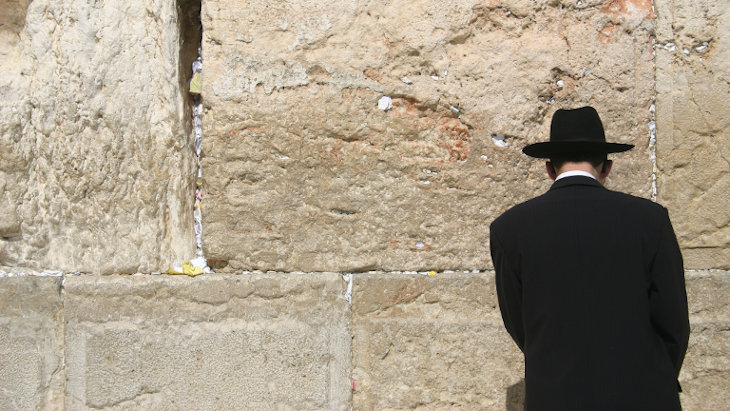 The media always seems to miss the big story about Orthodox Jews.

I was turning the pages of a popular Jewish periodical when I got to the book review section. I inhaled deeply and thought, here we go again. The review focused on a new memoir about the author’s rejection of his Jewish religious upbringing and how he found happiness at last in a life liberated from the shackles of Orthodoxy.

I could hardly be surprised. With very few exceptions, the only memoirs published in recent years that have had the word “Orthodox” associated with them and that have captured significant media attention have been anti-Orthodox, written by people who left their communities in pain and sometimes, bitterness.

I have great sympathy for any individual who feels misunderstood and stifled in a life that feels inauthentic and constricting. The mission to discover who we are meant to be, and how best to fulfill our potential, can take years of soul-searching, as well as trial and error. I respect that the process can take us in varying directions.

However, as someone who chose a Torah life more than thirty years ago, and as a journalist attuned to the secular bias of most journalists, I was pained and increasingly frustrated each time I saw another such memoir reviewed or author interviewed. Even memoirists with no previous track record as writers – no “platform,” in the parlance of book PR – were able to capture prime real estate in some of the most elite media outlets. The Jewish Book Council, a major clearinghouse of new books of Jewish interest, reviewed nearly all of them, even though they are only able to review a small fraction of new Jewish book titles.

Their narratives neatly conform to the belief among many journalists that traditional, God-based religion is outdated, irrelevant, oppressive and sexist.

These memoirists had every right to tell their stories, but they wrote about Judaism from its strictest, narrowest borders, thereby presenting a skewed, unfair vision of what a Torah life could be. Their narratives neatly conform to the belief among many journalists that traditional, God-based religion as expressed by Orthodox Judaism is outdated, irrelevant, oppressive and sexist.

I could not let these books go unanswered.

Choosing a Torah life was the most difficult decision I have ever made. I wasn’t looking for “that old-time religion.” I wasn’t a spiritual seeker. Yet when Torah learning was offered to me and I reflexively said “no,” I had a personal reckoning. If I was so proud of being Jewish, why was I afraid to learn something from an Orthodox teacher? I did not want to live with my own narrow-mindedness, and when I joined a class with my future husband, I was shocked at how little I really knew about what Judaism had to say about timeless issues, from marital relationships and business partnerships to politics and psychology. Basically, I was blown away.

Most of the anti-Orthodox memoirs sprang from experiences in the most insular, right-wing Jewish communities, and I could never have thrived there, either. I, too, would have felt stifled and confined. But I was fortunate to have lived in one that was accepting and encouraged individuality. Today, the U.S. is dotted with diverse Jewish communities of every flavor. It doesn’t have to be all or nothing.

My life as a writer, wife, mother, daughter, sister, friend, and community member has been immeasurably enhanced by the Torah perspectives I have learned over the years. At whatever level I initially appreciated concepts such as hakarat hatov, expressing appreciation; of kibud av v’em, honoring parents; and realizing that each child must be educated according to his or her unique path, that appreciation grew exponentially. I realized that true freedom doesn’t come from minimal or do-it-yourself-rules, but from living in a framework of timeless, God-given ethics and morality.

I wrote my memoir, The Skeptic and the Rabbi: Falling in Love with Faith, to offer a counterbalancing perspective to these dreary portraits of Orthodox life as dark and dysfunctional. In my experience, life in a Torah-oriented community was hardly perfect – nothing is. It has been filled with joys and sorrows, meaningful connection and friendships, intellectual and spiritual stimulation, and the ongoing personal challenge of spiritual and emotional growth. There were also frustrations from occasional “group-think” and expectations to conform to some community standards I did not like or understand. I wrote about all this, as well as my awkward and embarrassing moments as a “newbie” Orthodox woman in my book. It is not a cotton-candy portrait of Jewish life.

My story is just one of thousands of stories of baalei teshuva, returnees to traditional Judaism, who have brought our enthusiasm, secular knowledge, and quest for meaningful Jewish spiritual connection into today’s Orthodox world We have also, with Hashem’s blessings, built families with many thousands of Jewish children, in a spirit that celebrates and cherishes our Judaism as an active choice.

#Baalei teshuva also felt disaffected and alienated from a surrounding culture that has pushed an agenda that devalues marriage and erases boundaries between the sacred and profane.

The writers who fled their unhappy Orthodox lives weren’t the only ones who felt disaffected and alienated from their surrounding cultures. Baalei teshuva also felt disaffected and alienated from a surrounding culture that has pushed an increasingly radical agenda that devalues marriage, elevates feelings over self-reflection and self-discipline, and erases boundaries between the sacred and profane. We also faced disapproval by family members and often, rejection by friends, for our choices.

The Jewish soul is a yearning soul, which is why some of the formerly Orthodox – whether Orthodox-from-birth or former baalei teshuva – are now searching for a level of Jewish engagement less intense than what they left but more substantial than what they have now. Many are finding that sweet spot through the trailblazing work of Allison Josephs and Project Makom, which offers a non-judgmental place to reconnect with Judaism in a way that is both content-rich yet nurturing. These stories have also been offered to the media, which have predictably ignored them.

While much of the media continues to salivate over the next story of “dysfunctional religion,” many Jews are quietly changing Jewish history by exploring what the Torah has to say and building lives on a Torah foundation.

Maybe one day, a brave journalist will pull up a chair to talk to them and find out why.

A version of this article originally appeared on Jew in the City.

The Bagel Theory
Saadiah Gaon, Rashi and Maimonides: How Three Rabbis Revolutionized Judaism
King Sennacherib and the Siege of Lachish
Three Small and Easy Changes to Add Positivity in Your Home
Comments