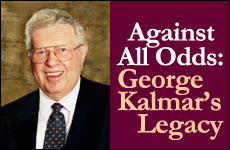 George Kalmar’s life is the story of a true Jewish hero.

A 10% Chance of Survival

George Kalmar was born in 1922 in Budapest, Hungary where he enjoyed a peaceful childhood until 1943, when he was conscripted into Hungary’s forced labor brigade. His division was taken to the Polish-Russian border where they worked 10 hours a day, building tank traps against the advancing Russian front. 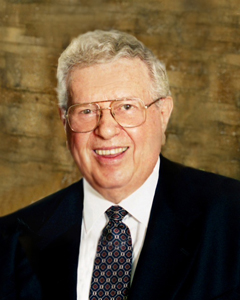 When his school friend was killed beside him from a misfired mortar shell in the trench they were building for a tank trap, he realized that he had to get away from the front. “We heard the mortar shell coming in. You knew where they were going to land just by the sound,” he recalled. “We heard this one coming in short. My friend went left and I went right, the mortar landed and there was nothing left of him.”

He realized that staying in the labor camp meant minimal chance of survival. He decided to take his chances escaping. “This was the writing on the wall. I gave myself only a 10% chance of survival if I escaped, against certain death if I stayed.” His ability to plan and prepare, was the foundation of his survival and the hallmark of his lifetime of success against incredible odds.

He obtained forged passport papers and conned a German uniform officer into taking a picture of him in the officer’s uniform. According to his new passport, George Kalmar was now a uniformed Nazi officer. To escape the camp, he bribed a lumberjack to take him down the river on the felled logs that were floated down on giant river rafts.

He returned to Budapest and joined the Hungarian underground, eventually becoming an officer in the Hungarian army. George was eventually caught by the Nazis when one of his father’s former workers turned him in. He was severely beaten and jailed with about 50 other Jews. Each day a few of them were taken to the banks of the Danube River and shot. This would have been George’s fate as well if not for the arrival of the liberating Russian Army on December 25th, 1944.

George Kalmar lost a total of 42 relatives at the hands of the Nazis, but he succeeded in hiding his mother with a non-Jewish family. His father, on the other hand, refused to allow himself to be hidden for fear that he would accidentally give them both away. George reluctantly followed his father’s wishes, but regretted it for the rest of his life. His father was eventually taken to a labor camp and miraculously survived until the end of the war, but mysteriously disappeared on his way back home after he was liberated, never to be seen again – a loss that George never came to terms with. 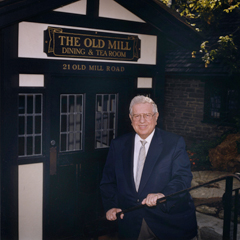 A few years after the war, George obtained an exit visa to leave Hungary and met his future wife in Linz, Austria. The two were married in 1946 and soon thereafter applied to an ad for furriers that were needed in Canada. On October 1st, 1948 they docked into the Halifax port after an 11-day, harrowing, Atlantic crossing that came in contact with the tail end of a hurricane. “It was paradise to me because I was in a country where a man could make decisions for himself – a land where the opportunities were endless,” he recalled in a 1988 newspaper interview.

They soon arrived in Toronto with $7.50 to their name, $6.00 of which they spent on their hotel room. Despite his lack of English, George managed to get a job the very next day, making $20 a week lugging bales of fabric up a ladder. Having learned some English, he soon found additional work as a dark room operator in the evenings and was eventually offered a partnership in the dark room business. After arranging his first bank loan, he was in business just one year after arriving to Canada.

Before long, he decided to enter the Real Estate business and opened his own company, later named ‘Kalmar Realty.’ Real estate also proved to be his gateway into the hotel business with the acquisition of the Constellation Hotel in 1964. From a roadside motor hotel of 120 rooms he engineered five additions over 25 years to build it into a 900-room convention hotel. Although he ruled over his empire with total control, he also acted as a mentor to so many of the employees that came through the hotel doors over the years.

A Lifetime of Philanthropy

George’s philanthropic career began with a trip to Israel in 1961 on a charity mission. From then on, he supported dozens of causes, from education, to hospitals, and synagogues in Israel, Kenya, his native Hungary, and the many local Canadian charities that requested his aid. Mr. Kalmar was also a strong supporter of Aish HaTorah. 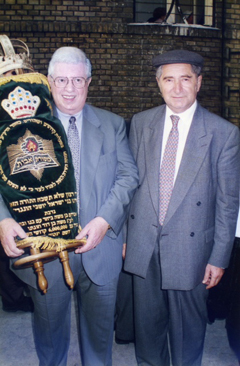 At the Budapest Torah Donation

“Education was dear to his heart,” his son Michael Kalmar recalled. “When Rabbi Noah Weinberg, of blessed memory, the rosh yeshiva of Aish HaTorah, came to town, they connected philosophically, sharing a fierce commitment to the same cause: responsibility for the continuity of the Jewish people. The two had a very strong respect for each other. Aish Toronto was one of the first places that he agreed to put his name. Until then, most of his philanthropy was given anonymously.

“My father understood the struggle that Israel went through to exist – and continues to fight over its legitimacy. The world saw what happened with Nazi Germany. They were lulled into a false sense of security. My father saw the existential threat facing the Jewish people and the world today.”As such, he was also a major donor for Iranium – a documentary made by the Clarion Fund highlighting the threat of a nuclear Iran. George used to show it to everyone he met.

“Although he lived until 90, he wasn’t hoping to live just another few years – he was hoping to live twice that number! There was so much more he wanted to do philanthropically,” Michael Kalmar said. “With my father, it wasn’t a matter of simply cutting a check. He wanted to know why. The letters are still pouring in about his kindness. You don’t hear about that until after the fact. To him every little bit counted, even if it was just a little to everyone who asked. He felt that he had an obligation to make a contribution in whatever way he could.”

Britain and the Jews

Will Our Children Marry Jewish

The Rabbi and the Professor
Scientific Curiosity and the Divine Encounter
Mind Over Milkshakes
Love the Convert
Comments
MOST POPULAR IN Israel
Our privacy policy
Aish.com Is Looking for Great Writers