A Renewable Light Unto the Nations 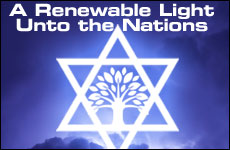 The Jewish imperative to use environmental knowledge for the benefit of humanity.

It seems ironic that Tu b’Shvat, the Jewish holiday celebrating trees and nature, falls in the dead of winter. A cynic might explain the timing as appropriate in light of Judaism’s “cold” embrace of environmental issues which don’t always rank too high on our communal agenda. We can even justify our scorn of all things green by pointing to the seemingly anti-environmentalist teaching in Pirkei Avot (3:9):

There is a perception that Judaism has a conflict between His word vs. His world. A deeper look at our sources, however, reveals an inspiring intersection of Torah and Teva (nature):

The Book of Genesis describes God proudly looking upon His creation and declaring it “very good.” Man is created and immediately charged with caring for creation: “And God placed man in the Garden of Eden to work it and to guard it” (Genesis 2:15). Rabbi Norman Lamm identifies two aspects emerging from this verse: Man has been appointed an “oved,” a worker who builds and crafts, as well as a “shomer,” a guardian who “is obligated to keep the world whole for its true Owner, and is responsible to return it in no worse condition than he found it.”

We have the unique ability and urgent responsibility to care for the natural resources that God created.

The Torah prohibition of Bal Tashchit (lit: Do not waste) is an expression of our duty as a guardian. The Torah (Deut. 20:19) calls for the preservation of fruit trees during times of war. Maimonides (Wars 6:10) makes clear that the prohibition has a much broader application. As he points out:“ This principle applies not only to trees. Whenever someone destroys a useful artifact, rips clothing, demolishes a building, plugs up a spring or senselessly destroys food, he violates Bal Tashchit.”

Similarly, the Sefer HaChinuch (#529) sees in Bal Tashchit the definition of what it means to be a good person: “This is the way of the righteous and those who improve society... that nothing, not even a mustard seed, should be lost... if possible they will prevent any destruction that they can. Not so are the wicked who rejoice in the destruction of the world.”

If our obligation as “guardian” includes the prohibition of Bal Tashchit, then “oved” describes our positive role as a worker and fabricator. Especially in today’s climate of environmental concerns, we have the unique ability, and urgent responsibility, to be an “oved” and to take the natural resources that God created and improve upon them for the benefit of humanity.

Putting it into Practice

It is therefore a great source of pride, and a Kiddush Hashem (bringing honor and respect to God), that some of the most exciting breakthroughs in clean technology are currently being developed by Jews in Israel. 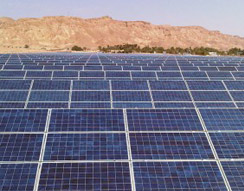 • Energy – In addition to its chronic water shortage, the State of Israel has also faced a perpetual energy crisis. Unable to rely on its oil-rich neighbors for energy, Israel has looked to the heavens to provide an alternative solution. Abundant Israeli sunshine led to the early adoption of solar water heaters, but cutting-edge R&D has now advanced Israel well beyond the “dud shemesh” which sit atop 90% of Israeli homes. A Jerusalem-based solar company, BrightSource Energy, recently began to build the world’s largest solar energy project in Southern California, which will produce enough energy for 140,000 homes, doubling the amount of solar electricity currently produced in the United States.

Israel is also working to end the world’s dangerous addiction to Arab oil. While electric vehicles are now available in many countries, Israel has taken the first groundbreaking step to build an extensive network of battery exchange stations and plug-in charge spots for electric vehicles. Its small size makes Israel the perfect test market for this revolutionary concept that can transform the transportation industry. Originally conceived as an idea to make the world “a better place,” founder Shai Agassi has promised that Better Place will be the biggest international brand to come out of Israel since Jaffa oranges.

• Water – Nearly one billion people throughout the world – about one in eight – lack access to clean water. More people die each year from water-borne diseases than through armed conflict (see: water.org) , so finding a solution to this global threat is among the most pressing issues facing the world today. The Jewish State currently leads the international community in water conservation and desalination, purifying and reusing 75% of its waste water each year for agricultural use. (The second-most efficient nation, Spain, recycles only 12% of its water!)

A leaky pipe was dripping droplets of water onto the tree’s roots.

A turning point in Israeli water conservation occurred in the 1930s when a Polish immigrant noticed a tree growing in the Negev desert, “without water.” Simcha Blass dug around the tree and uncovered a leaky pipe dripping tiny droplets of water onto its roots. Blass went on to develop drip irrigation (netafim.com), now a multi-million-dollar Israeli export responsible for saving thousands of lives in Third World countries.

Related Video: It's Your World 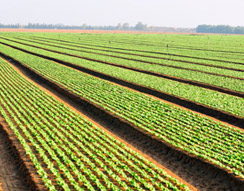 Another Israeli startup has developed a material that attracts and retains dew. Shaped into trays and placed around crops, this material will take the dew that forms overnight and funnel it directly onto the plant and its roots. Field tests promise enormous water savings, reducing the irrigation water needed for crops by 50 percent. The company is named Tal-Ya, meaning "God’s dew."

• Trees – The State of Israel is one of only two countries in the world that ended the 20th century with more trees than it started with, thanks to the efforts of the Jewish National Fund in planting more than 240 million trees. This incredible achievement brings new life to the ancient words of the Midrash (Vayikra Rabbah 25:3):

Rabbi Yehuda ben Shimon began, “You shall emulate the Lord your God.’ Is it possible for flesh and blood to emulate the Almighty?... What this means is that in the beginning [of creation], God engaged in planting; similarly “You shall come into the Land, and you shall plant.”

Many of the serious environmental concerns that now face the global community – scarcity of water, addiction to oil, and degradation of arable land – have confronted the State of Israel since its inception. Applying Jewish ingenuity to our biblical mandate to “work and guard the land” is now providing the answers to some of the worlds most pressing problems.

The prophet Isaiah wrote long ago that one day, "The desert and the parched land will be glad; the wilderness will rejoice and blossom" (Isaiah 35:1). Our generation has been privileged to witness not only the miracle of the blooming of Israel’s deserts, but the emergence of the Jewish State as a global leader in environmental innovation. Concern for the environment helps bring the Torah to life and, to paraphrase Isaiah, casts the Jewish people as a “renewable” light unto the nations.

Rabbi Naphtali (Tuly) Weisz recently started Israel365 connecting people all over the world to the beauty and significance of Israel. He can be reached at RabbiTuly@Israel365.co.il.

From Stagnation to Liberation

The Power of Women’s Leadership

L'chaim to the Trees
Bechukotai 5782: Divine Retribution
Behar 5782: Working to Live or Living to Work?
The Wholeness of Being Broken
Comments
MOST POPULAR IN Insights
Our privacy policy