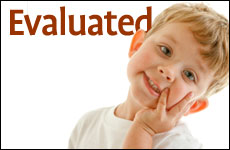 Is my son normal?

My son’s school wants him to be evaluated.

In school, when you touch your friend’s face, it’s inappropriate. When you bang a drawer open and closed, it is not called making music; it is called being disruptive. When you can’t sit still, and are more interested in telling your own stories than in listening to the teacher’s story, it is called a problem.

They think he is disturbed. They tell me he lives in a fantasy world.

Yet at home, when he brings his face close, and presses his nose into mine, I am charmed. When he snakes his hands up my sleeve, and strokes my arm, I lift him onto my lap and we trade stories. I marvel at his imagination, and easily enter into his world of strange people and far-off places, a world where mystery is embedded in every rock.

I call this creative.

At home, he opens and closes every drawer. He is constantly exploring. My husband calls this his grabby hands. He is fascinated by the way things work, and constantly questions us about how electricity works, how batteries make things run, and whether airplanes use gasoline.

At the dinner table, when he plays with his sister’s hair, and kicks her chair, we tell him that he has ants in his pants. Sometimes, he also knocks over his juice. We call this being five years old.

At the end of the kindergarten year, I receive a fat envelope with the school’s report. In their words, I see a different child. My heart calcifies, and each breath takes effort.

I remember the shirt that my great aunt once bought me, inscribed with the words “Normal is boring.” Have I corrupted my son with my own disregard for the ordinary? Perhaps I am also disturbed because I also delight in his stories. Perhaps we all are. Perhaps everyone in our family has fallen under a dangerous spell, bewitched by his charms.

I am not ready to see my son through outside eyes and to give him a label.

I want to believe in the truth of my own experiences with my son. Yet their request has broken the spell. My mouth is filled with a foreign, chemical taste. Their words overwhelm me. I am not ready to see my son through outside eyes.

Every part of me rebels against pursuing this evaluation. Crazy thoughts race through my head. I will protect my child from being labeled. I will home-school. I will give up my career, a career that is more calling than work.

Yet this boy belongs to the world. He leaves home easily, without a backward glance. He wants to take his place in school. He is much more than just his mother’s baby.

Except in school, he won’t sit still. He rocks his chair. He doesn’t keep his hands to himself. He has trouble making friends because not every child appreciates his unguarded affection. Most five year old boys don’t put their arm around their friend’s shoulders as they lead them off to play.

I wish that I could somehow create an alternative reality – a place where five-year-old boys could be free to be as playful and as wigglely as they choose. However, the one thing I have learned as a parent is that I can only create the world inside our home. Once my children leave our house, they must be prepared to encounter a different sort of world.

Without this evaluation, he will be an easy target for a teacher’s frustrations. He will always be considered obstinate, and unruly.

So I make these phone calls, searching for a professional who can distinguish between the antics of a gifted and fun-loving little boy, and a disturbed one. This research is my gift to him. I want to find someone whose own eyes have not dimmed from the magic of childhood. I want to find someone who will see him as much more than a behavior problem. Only then will I make an appointment.

Later this summer, he will sit before a stranger who will test him, and his every word will decide which box is checked. At the end of their meeting, he will be given another name, a name that will not be ours to choose.

I promise my son that in our home, this new name won’t apply. I won’t allow an evaluation to change the way I feel about my son. In our home, he will always respected for himself. I will continue to see his playfulness as joyfulness, and his gentle touch as love.

Here’s What Counts: A Letter to My Children

PODCAST: Life After Growing Up with a Mentally Ill or Addicted Parent

20 Ways to Bring Out the Best in Your Children

My Child, the Thief
Don’t Believe in Other Gods Versus God is One
Seeing Without Eyes
Why Shouldn’t We Eat Whatever We Want?
Comments
MOST POPULAR IN Family
Our privacy policy
Aish.com Is Looking for Great Writers