Advertisement
aish.com > Seminars > Why The Jews 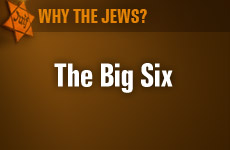 Maybe Jews are hated simply because they are different. Traditionally, Jews were characterized by different dress, different laws and sometimes, even a different language. Certainly this discrimination is what the Chinese experienced in early America, and what the Frenchman experienced in England. Sociologists refer to this phenomenon as "the dislike of the unlike."

This theory sounds like a sensible cause for anti-Semitism: Jews have been hated because they were different. Throughout history, Jews kept to themselves. Their ethical, cultural and social systems were different from those of their neighbors. Most pointedly, the Jews' fondest dream was always their return to Zion. They were law-abiding citizens who contributed to their host nations and even took to the battlefield to defend it, but their hearts always pointed in the direction of the Promised Land. It is undeniably true that throughout history, Jews were the ultimate "outsiders." 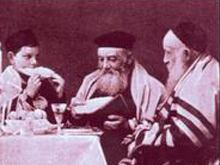 But what happens when Jews shed their cultural differences and become genuine "insiders"? If the Outsider Theory is correct, then the solution to anti-Semitism should be assimilation. Anti-Semitism should decrease in ratio to the Jews' ability to integrate into their host societies. Is this really what happens?

In the 18th century, the Enlightenment reached Europe, giving equal rights to all people, regardless of religion.

In December 1789, during a discussion in the French National Assembly in which French Jews were granted equal rights, Count Stanislas de Clermont-Tonnere declared: "To the Jews as individuals, everything. To the Jews as a nation, nothing."

The Jews of Europe jumped at the opportunity to attain equality, hoping at long last to rid themselves of the "dislike of the unlike" phenomenon. They shed their foreign dress, shaved off their beards, and attended universities and theaters. They adopted the language, culture and styles of their non-Jewish neighbors, and intermarried with them. They purged their prayers of any mention of the return to Zion. In short, they became more French than the French.

Napoleon was quick to capitalize on this development of Jews adapting to French culture. In 1807, he convened a kangaroo court to pressure the Jews to shed any lingering commitment to Jewish nationhood, forcing the Jews to declare their exclusive loyalty to France.

Jewish acceptance of this attitude widened. In Germany, Reform Jews declared, "Berlin is our Jerusalem; Germany is our Fatherland." Having endured centuries of hatred, the Jews of Europe anticipated a warm welcome from their gentile neighbors. 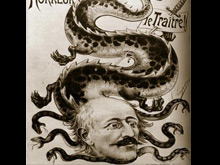 But they were sorely disappointed. The Dreyfuss affair, in which falsified charges of treason were brought against a Jewish French officer, was contrived to show that Jews could never be loyal citizens of their host countries.

Shortly thereafter, Hitler's rise to power once again pulled the rug out from under the Jews' sense of security in their assimilationist approach. Nazism sent a strong message to Jews: We hate you, not because you're different, but because you're trying to become like us! We cannot allow you to infect the Aryan race with your inferior genes.

This gave rise to a new excuse: the inferiority of the Jewish race. You can shed the external trappings of your life, shave your beard, get rid of your yarmulke, even change your religion. But you can never change your race.

The overriding problem with this theory is that it is self-contradictory: Jews are not a race. Anyone can become a Jew ― and members of every race, creed and color in the world have done so at one time or another.

There is no distinguishing racial physical feature common only to Jews. Even the idea of a "Jewish nose" is a myth. Anti-Semites don't hate only those Jews who have distinctively Jewish physical features; they hate all Jews. They hate Eastern European Jews; they hate Israeli, Russian and Yemenite Jews; they hate blond, blue-eyed Dutch Jews, as well as dark-skinned, Mediterranean Jews. Any Jew will do.

Anti-Semitism cannot be explained as racism for the very simple reason that Jews are a nation, not a race.

We have touched on the six most common explanations for the phenomenon of anti-Semitism. None of these standard reasons holds up as the core reason for anti-Semitism. Under scrutiny, they prove to be mere excuses. We must look afresh at this hatred to find a true root cause.

Of all discriminatory forms for hatred, anti-Semitism is unique in four ways:

1) Longevity ― anti-Semitism has been going on for an exceptionally long time. One of the most authoritative books on anti-Semitism is The Anguish of the Jews: A History of Anti-Semitism, authored by a Catholic priest Edward Flannery. He writes:

As a historian of anti-Semitism looks back over the millennia of horrors he has recorded, an inescapable conclusion emerges. Anti-Semitism is different because of its longevity and consistency.

2) Universality ― anti-Semitism is found worldwide. Throughout history, in every region where Jews have lived, they have been hated. No matter where they settle, no matter whom their host, anti-Semitism eventually rears its ugly head.

Between the years 250 C.E. and 1948 ― a period of 1,700 years ― Jews in Europe experienced an average of one expulsion every 21 years. Jews were expelled from England, France, Austria, Germany, Lithuania, Spain, Portugal, Bohemia, Moravia and 71 other countries.

3) Intensity ― hatred against the Jews is vented in a particularly virulent way. A group that is hated usually becomes the butt of ethnic jokes, and is subject to discrimination. Jews, on the other hand, are subject to attempts at genocide. The Chmelnicki pogroms, the Holocaust, and Iran's nuclear threats are attempts to exterminate a people that represent just a tiny minority of the world's population.

4) Confusion ― there is surprisingly little agreement on exactly what anti-Semites hate! When one group hates another, that hatred can be traced to a few simple, well-defined reasons. In Bosnia, people are persecuted over territory and religion; in Ireland, it's national independence and religion. Blacks are hated by some for racial reasons. But no one has yet offered a single, universally-accepted reason to explain why people hate the Jews.

If you will ask an anti-Semite to state his reasons, those reasons are often self-contradictory. Consider this paradox:

• Jews are hated for being a lazy and inferior race ― but also for dominating the economy and taking over the world.

• Jews are hated for stubbornly maintaining their separateness ― and, when they do assimilate ― for posing a threat to racial purity through intermarriages.

• Jews are seen as pacifists and as warmongers; as capitalist exploiters and as revolutionary communists; possessed of a Chosen-People mentality, as well as of an inferiority complex.

Too Many Reasons Mean No Real Reason

The "Six Reasons" don't hold water ― they are excuses!

Hatred for Jews over the past 2,000 years has been continuous, universal and vicious, but the explanation for that hatred constantly changes. This fact alone alerts us to the need to look for what lies at the core of those explanations.

Picture yourself at a job interview. The interviewer tells you outright that you cannot be considered for the job because you lack computer skills. You enroll in a computer course, and in a month you have gained the necessary skills.

You return to the company, and the interviewer says he tells you he still cannot hire you, because you lack training in finance and management. You study diligently, and within a short time you have mastered the subject.

When you return to the company a third time, you are told that the real reason they cannot hire you is your hairstyle; you simply do not reflect the image the company wishes to represent to the public.

This fiasco sends you a very clear message: The reasons the company had been feeding you all along were nothing but excuses. The interviewer only used excuses to cover up some deeper reason for his refusal to hire you.

This situation is much like the common explanations for anti-Semitism: Even when the reasons are no longer applicable, the anti-Semitism remains.

This does not mean we should totally discount these reasons. Even though they may be excuses and not the source of the hatred, they do influence the masses to hate Jews. They may exacerbate the hatred, but they certainly don't explain it.

The problem is that each of the explanations focuses on issues external to the Jew. They have nothing to do with the essence of the Jew.

What then is The Reason?

Click here to read the next installment of "Why the Jews?" ― an exploration of the specific Jewish aspect to Hitler's anti-Semitism.

Hitler and the Nazis

Causes vs. Excuses
Vayelech 5783: Regret and Repent
Rabbi Sacks: Focus On the Important, Not the Urgent
Put Your Foot Down: Are Human Feet Poorly Designed?
Comments
MOST POPULAR IN Seminars