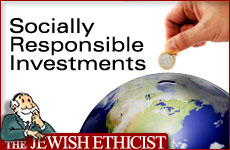 All investments are not created equal.

Q. Should my investment decision take into account how constructive a company's activities are?

A. In recent years, the Socially Responsible Investment movement has moved beyond "negative screens," eliminating companies with undesirable policies. Now there is a corresponding interest in "positive screens," giving preference to companies with particular constructive policies, even over other companies who do not have objectionable activities. Of course "negative" and "positive" are judged by each fund based on its own objectives and values. What is negative for one fund may be positive for another.

A number of past columns have dealt with the Jewish parallel to negative screens – companies that may be forbidden to invest in because particular kinds of investment may make the investor ethically culpable for the acts of a bad company. In this column, we will study if there is a parallel also to "positive screens."

There is no question that Jewish tradition recognizes that business investment can be an agent for social good. The Talmud states that helping a needy person with a business investment is preferable to giving charity, and Maimonides writes that this is the highest form of charity. (1) But this law is not directly applicable to the SRI question, since in this case the benefit is not related to the particular line of business the needy person engages in, but only to the fact that he is in need of support.

However, there is one kind of business activity that we find the sages of the Talmud constantly encouraging and regulating: developing the land of Israel. In the time of the Talmudic sages, there was no Jewish sovereignty in the land of Israel, and the prosperity and security of Jewish residents was dependent on having a critical mass of Jewish settlement and agricultural development. As a result, the sages made many regulations intended to encourage landowners to buy and develop fields inside Israel instead of abroad.

However, I think that at an ethical level we can learn from this that any economic activity that has special social value can be considered a preferred investment. In another place, the Chatam Sofer writes that outside of the land of Israel, the Jews have no particular obligation to engage in crafts, because there are plenty of qualified craftsmen already. Therefore, they should devote themselves as much as possible to Torah study. (3) The statement does seem to imply that each country should as a whole give due consideration to their national development.

It is important to point out that on the whole the contribution a company makes to development is often closely related to its profitability, so the profit screen and the social screen need not diverge. But the basic principle is still established that an investment which contributes to the development of society is a preferred one from an ethical point of view. 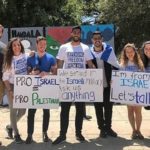 My Disturbing Visit to US Campuses10 min read 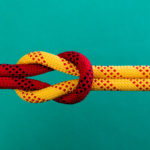 Yom Kippur and the Importance of Keeping Your Word3 min read