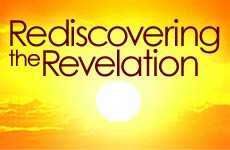 A thousand years after Sinai, the Jews reaffirmed their commitment to Torah. Why two acceptances?

Yet, strangely enough, our Sages tell us that the experience of revelation at Sinai was somehow not the ultimate in acceptance of God's dominion. The Talmud (Shabbat 82) tells us that at Sinai "the mountain was poised over the Jews like a barrel." The Jews were forced into accepting the Torah.

It was not until the miracle of Purim, a thousand years later, that the Jews willingly reaffirmed their commitment to Torah. It seems strange that the Jews had to be forced to accept the Torah after they beheld and experienced the Divine in all its glory; it seems even stranger that the literal description of these events in the Torah does not mention this tradition. The passages describing the giving of the Torah make no mention of force, while prior to the original Purim, the Jews were, indeed, threatened with extinction, until they repented and returned to God.

Searching to Fill the Void

In two ways does one become cognizant of the sun. One can behold the sun in its dazzling glory, or one can be locked into a pitch-dark room wherein every minute of waiting for a crack of light makes one even more aware of the joy of basking in the sun. Similarly, a father-son relationship peaks with a warm embrace at the height of a moment of joy. Yet it can be outranked by the feelings of yearning and pining that accompany a prolonged absence from home. Many a son who has not responded to a warm embrace has found the pangs of absence unbearably strong.

This phenomenon is explained in the discussion by the Maharal on the importance of the Four Questions in the Haggadah, and why someone who conducts his Passover Seder in a monologue fashion, not following a question-and-answer format, does not fulfill his obligation to tell the story of the Exodus on Passover. He explains that when one merely hears a statement, one does not incorporate into it one's personality. It is just tagged onto one's awareness. This is not the case when one receives an answer to a question. For, by having posed the question, one opens a void, and the answer fills it, forming a unified entity with the person rather than adding on a superfluity.

The Vilna Gaon's commentary on the "Song of Songs" makes a similar observation. The pleasure a person derives from food is in direct proportion to his hunger. A sated person can be presented with the tastiest of dishes, and he will reject it in disinterest; should he force the food in, it will not easily find its way down.

The Sefas Emes (in the Torah Portion of Vayetzei) also refers to this principle in explaining why our forefather Jacob did not receive his dream and prophecy until after he had left the yeshiva of Shem and Ever. When a man is in an atmosphere of holiness, his thirst for spirituality is not comparable to the thirst that wells up within a person stumbling through the desert. The Sefas Emes bases this on a Midrash: " My soul thirsts for you. Where? In a barren and arid land."

Similarly, this is the difference between Shavuot and Purim – between the festival of receiving the Torah at Sinai and the holiday of its reaffirmation in Shushan.

At Purim, however, it was not the threat to life in itself that inspired the Jewish people' s repentance and its return to pristine purity. Rather, the hiddenness of God – the feeling of abandonment – bestirred powerful yearnings for a Sinai-like encounter with the Divine.

Our Sages (Megillah 15b) tell us that when Queen Esther was to confront King Achashverosh, she cried, " My God, my God, why have You abandoned me?" To this day, the designated Psalm of Purim (according to the Vilna Gaon) is the one in which this outcry appears; and, as our Sages explain, the Psalm refers to the darkest hour of the night. Thus, while Shavuot marks the cognizance of God through revelation, Purim celebrates the cognizance of God that follows a desperate search in the darkness.

Torah itself consists of these two parts. One – the Written Law – which is "God's Torah," so to speak, was given to us as a revelation. Yet, as it reads, it would remain closed to us. We must refer to the second part of the Torah – the Oral Law – also given at Sinai, to understand the written word. This encompasses the Divine interpretations and expositions, which are accessible to human comprehension; and it includes the rules of exegesis by which God instructs man in how to delve more deeply into the law and teaches him how to apply it to evolving circumstances.

Our Sages (Sanhedrin 24a) describe the long and tortuous system of analyzing every word and nuance of the Torah recorded in the Babylonian Talmud as "You restored me in the darkness," because struggling through passages of Talmud is like "grappling in the dark." The Oral Torah, therefore, has special properties: it introduces queries and leads the student to conclusive answers, which become integrated into his personality. The results are deeply satisfying – not unlike the end result of the Passover Seder, as described by the Maharal.

Thus, it has been pointed out, the Mishnah opens with a question: "When does one begin reciting the Shema?" And it ends with the word "shalom" (harmony). Understanding the Oral Law is not a matter of absorbing a statement. It is an answer derived from a query, and that is why the Oral Law (and not the Written Law) has been described as the human portion of the Torah.

The same principle can be applied to explain the Maharal's statement that while the Torah was given on Shavuot, "clinging to the Torah" (deveikus beTorah) was the result of Purim. True enough, Torah can be presented to people – and it was, on Shavuot – but it can only become integrated within one's personality if one searches first.

Search is deeper than revelation, and its findings more permanent. What need, then, is there for revelation? To be sure, we must refer to the Kuzari's answer, who teaches that not everyone at every time can achieve a higher level of contact with God through personal search, nor will God reveal Himself to every generation. Thus, God's original revelation at Sinai gives all subsequent generations – especially those unable to reach spiritual heights on their own – a tradition to fall back on.

There is yet another profound thought involved, one that concerns our discussion. The Jerusalem Talmud (Peah 1:1) explains the verse, "It is not an empty thing from you," to mean that if a person finds any part of the Torah "empty" – without meaning – it is "from you." That is, Torah cannot be faulted as being meaningless. Rather, the vacuous feeling in the student is an indication that somewhere within him he is lacking receptivity to that part of Torah. When a work of art is meaningless to a blind man, or a concert uninspiring to a deaf person, the fault is in the viewer not the composition.

The revelation at Sinai created an indelible impression on the Jewish personality, giving us, as a people, a point of reference for all future searches for truth. Thus, all the individual souls of the Jewish people had to be at Sinai – even a proselyte had to be there (Shevuos 39a). Had we not the memory of Sinai deep within us to drive us in our exhaustive search for meaning and understanding in Torah, we could not persevere in mastering Torah; and we would not succeed. We would be "empty" from ourselves.

It is for this same reason that (as the Talmud tells us) a person learns the entire Torah when in his mother's womb, even though he is destined to forget it prior to birth; for if he had not first learned the Torah, he would not be able to relate to it later.

Studying Torah, then, is always a return of sorts. This is expressed in our daily prayers: "Return us ... to your Torah."

Indeed, parts of the Oral tradition - such as Onkelos' Aramaic translation of the Torah - were forgotten and later rediscovered (Megillah 3a). Human endeavor alone would have proven insufficient for composing the translations, had it not been for the spark of Sinai buried deep within the soul. This creative endeavor was not one of initial discovery; it was a return.

There are other instances of creative recall. The Talmud (Menachos) relates that when Moses saw Rabbi Akiva teaching his disciples, he became envious of Rabbi Akiva' s vast knowledge. The Or HaChayim explains that, to be sure, Moses knew all of the Oral Law that Rabbi Akiva had mastered; but Rabbi Akiva's level of attainment was such that he was able to discern how the Oral Law is derived from the Written Law.

An emissary sent to strengthen Judaism in an outlying community later reported to his rabbi that an estranged Jew had asked him to explain his mission. He responded in a parable: "In the days of yore, scribes would go from town to town filling in 'letters' that had been rubbed out from Jewish souls."

After the emissary told the rabbi this parable, the rabbi shook his head, "Heaven forbid that a letter of a Jewish soul becomes erased! It is rather like an engraving that becomes filled with dust: blow the dust away and the original letter appears."

We must think of our service as circular, not linear. We do, indeed, start with revelation. But that which is not earned has no permanence. We must toil on our own until we rediscover the revelation imbued within each of us. For when we do arrive at our goal, it is not a new enlightenment that awaits us; rather, we unearth that which has driven us so relentlessly – the eternal flame of Sinai.

Excerpted from "Time Pieces: Reflections on the Jewish Year" 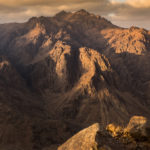 What is the Oral Torah?5 min read