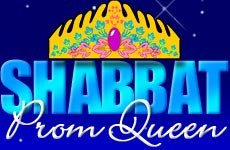 The prom is a once-in-a-lifetime experience. Some get the thrill every week.

It was the night of the year. Everybody was all dressed up -- girls in their flowing gowns in every imaginable color; guys in their slick tuxes. The four-course meal was of five-star caliber. The best band was playing the latest music. The Senior Prom had arrived!

It seemed like from the beginning of the school year, all anybody could talk about was the prom. It was standard conversation in the hallways, locker room, and cafeteria. So it didn't take long for my classmates to discover that I would not be attending the big event.

Why aren't you going? It'll be the greatest night of your life!

"Why aren't you going?" they would ask. "It'll be the greatest night of your life!" Before I could get my answer in, somebody would always answer for me.

"Don't you remember? She's religious. She doesn't go out on Friday nights."

Well, that's not the response I would have given on my own, but it got a certain point across. It's the point that most of my classmates had drilled into their heads all their lives: Judaism is a restrictive religion that doesn't let you do anything -- especially on Friday nights and Saturdays.

In our early Hebrew school days we learned that on Shabbat we couldn't play our video games or watch our favorite cartoons. As we got a little older we learned that we shouldn't join the town's soccer team because they played on Saturday mornings. Rather, we should attend synagogue and say words out of a book that we couldn't understand for two hours. This is the Shabbat that my classmates and I learned about throughout our years of Hebrew school. It was this mentality that kept us from wanting to have much to do with this religion of rules.

Somehow, during my high school years, I was able to break out of that mindset and I gave Shabbat a shot. The more I learned, the more I saw how wonderful it was. The more I experienced what a real Shabbat involved, the more I realized that it wasn't restrictive at all. Instead of the boring and dull day that I imagined, I found an inspiring and exciting holiday to look forward to every week.

Ilana Lieberson is a graduate of Fair Lawn High School 2001 and the Bergen County High School of Jewish Studies. She spent the past year at Afikei Torah Seminary in Jerusalem. Ilana enjoys learning and teaching about Judaism, making people laugh, and reading articles on Aish.com.

Make it on Sunday

Shabbos in Vietnam
For Every Individual, A Torah Scroll
Allegiance To The Monarch
Meet the Real You: Yom Kippur
Comments
MOST POPULAR IN Shabbat
Our privacy policy
Aish.com Is Looking for Great Writers