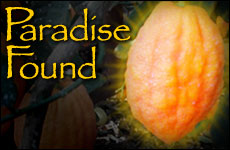 The joy of reconnection with our lost self.

"Rebbe, please pray for me not to be drafted into the army," a young man beseeched the Viznitzer Rebbe in the years before World War I. Although non-observant, he knew the Rebbe to be a miracle worker, a man whose prayers were really answered.

The Rebbe's method was to have the person in need tell him one mitzvah, one good deed, they had done; then the Rebbe would say in his prayers, "Master of the Universe, this person is keeping kosher… or Shabbat, etc. - in that merit please save him."

The Rebbe looked at the young man now asking him to pray he not be drafted in the army. "Do you pray every morning?" he asked.

"Do you keep the Sabbath?"

"How can I? Saturday is reserved for the most important soccer games."

"Do you eat kosher?"

"It's cheaper to eat pork."

The Rebbe persisted, but time and again received the same answer. The young man did not have one single point of merit. Finally, the Rebbe said to him, "I envy you."

"Yes. Can you imagine, in one moment you can become a greater tzaddik (righteous person) than I."

A reflective, thoughtful look flashed across this young man's face. Without batting an eyelash, he said, "Rebbe, wait another year and you will envy me even more!"

Yom Kippur is the time to achieve forgiveness for our wrongdoings and shortcomings. Since we don't want God to judge us negatively, we try to distance ourselves from them as much possible. We do this because of our fear of God. We don't want Him to judge us harshly.

Sukkot, by contrast, comes after the judgment is sealed. We've already been forgiven. Sukkot, therefore, is the first opportunity to do teshuva purely out of love. Teshuva out of love means we love God so much we can't believe we did those sins in the past, and consequently feel an incredible surge to come closer to Him more than ever before, a surge not possible if we had never committed the acts that created the distance to begin with.

The sin therefore becomes a prime motivating force in the cause of good. And that's why the sages teach: "Anyone who does teshuva out of love not only has his sins forgiven but has them converted into merits!"

Tashlich, the ceremony performed immediately after Rosh Hashana when we go to a body of water and "cast" our sins into its depths, symbolizes teshuva out of awe of God. We regret our past wrongdoings and disassociate ourselves from them by symbolically casting them into the water where they will be covered and forgotten.

Teshuva out of love is symbolized by the simchat beit hashoeva, the "water drawing ceremony," which took play in Temple times in Jerusalem on the second day of Sukkot (the first day of Chol Hamoed). At that ceremony, which the sages say "if you never saw it, you never saw joy in your life," water was drawn from deep wells beneath the Temple and poured onto the altar.

Symbolically, it's as if the sins we cast into the water during Tashlich are now being drawn back up from the depths, so to speak, to be converted into mitzvot. We no longer want the sins covered and forgotten, but rather retrieved and used in a positive way for the good.

Each of us falls short in some way. We're human beings, it's impossible not to. Often we initially pass off our failings, and either rationalize them away (to "rationalize" means to tell "rational lies") or deny them outright. Then, at some later date usually, we regain our sanity and feel terrible about our past. We reject that past and can't believe we did it. It's like we become a new person. That person in the past wasn't us; it was someone else.

This is a very valuable part of the teshuva experience. However, greater than that is not merely disowning that previous rejected self, but finding a way to reincorporate it into our beings in appropriate, healthy, beneficial ways.

The sages tell us that any fast that does not include the participation of the poshei Yisroel, the "sinners of Israel," is not a real fast. To illustrate, they cite the example of the besamim, the spices that were offered in the Temple. The besamim included a spice that had a disgusting smell on its own.

However, that same spice made the aroma of the pleasant-smelling besamim much sweeter and aromatic when it was mixed together with the other spices. Without the abominable-smelling spice, the sweet-smelling besamim did not give off the intensity of their scent. So too, say the sages, the intensity of a fast day can only be achieved when all parts of the Jewish people, even those who do not do good deeds, are included.

On Sukkot we reunite with the kernel of goodness residing within those forsaken parts.

Teshuva out of love is a higher level than teshuva out of fear, because the abominable acts one did when combined with the sweet-smelling acts create a pungent combination incalculably more potent than the scent without them.

Sukkot is the time we realize that even the "reject" has value. The bad – that which we thought had only negative value – suddenly becomes a springboard for the greatest good. Though we distanced ourselves from God due to sin, it is that very sin which now becomes the fuel upon which the fire of ahavat Hashem, love of God, is kindled. And it is that fuel which catapults us past the gravitational pull of our earthly makeup to heights unattainable via fear alone.

According to the Midrash, the Almighty initially intended the fruit and bark of the trees in the Garden of Eden to have the same taste. The trees rebelled, and only one tree retained this quality, the esrog tree. The bark of the esrog tree and the esrog itself taste the same.

Sukkot – the time when we use the esrog and three other plant species as the centerpiece of our prayers – represents a return to that ideal state where nothing is wasted; where everything is purposeful and meaningful, where even the "bark" tastes like the "fruit."

The ultimate joy is the joy of regaining something lost. And that is why only Sukkot is called the "time of our rejoicing." On Sukkot we do not receive anything new. We regain that which we once had. The water into which we had cast our sins is now retrieved for use in the most joyous ceremony.

This joy is really the joy of reunion with a part of our selves given up for lost. That joy is a sense of completion and wholeness, a joy that, "if you never saw, you never saw joy in your life."

Sukkot and the Purpose of Life

How to Tap into The Meaning of Sukkot: 5 Inspiring Life Lessons
Olivia Newton John’s Grandfather was a Nobel-Prize Winning Jewish Physicist
Don’t Believe in Other Gods Versus God is One
Seeing Without Eyes
Comments
MOST POPULAR IN Sukkot
Our privacy policy
Aish.com Is Looking for Great Writers