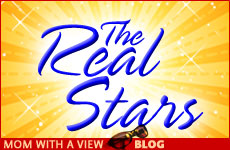 A few blocks away from the Grammy's, there was even a better show was taking place.

The Grammy awards took place in Los Angeles this week. I know nothing of the event except that I'm sure there was the requisite amount of fashion and glitz – and music. In fact, the only reason that I know the Grammy's took place this week was because I attended a lesser known event that was happening a few blocks away.

There was no high fashion at this event. There were no paparazzi or news helicopters. (There was some security due to the nature of the neighborhood!) And there was definitely no "glitz". But there was music – plenty of it. And as far as I'm concerned, it was the place to see the real stars.

This week was the Bais Yaakov (Jewish girls' high school) song and dance performance. The girls had worked for months to prepare. They painted scenery and sewed costumes and baked and decorated cookies to be sold at intermission. And they sang – and tapped – and pirouetted – and acted their way to the type of reward that really counts. They were less professional (although pretty good) but they were all heart.

It was a performance for women only – to preserve their sense of dignity and privacy – and so there was no distracting external goal of fame and honor. Although some girls had the leading roles in the drama and some had long solos in the musical portions, it wasn't about them. There was no career or personal gain at stake so that everyone could participate solely for the pleasure of the experience and to enhance the performance.

There were no grumblings or resentments. Everyone took pleasure in each other's accomplishment. "Wasn't that ballet great?" asked my daughter who was in tap. "Doesn't that girl have a fantastic voice?" asked another who sang softly in the back of the choir. "Isn't she a terrific actress?" asked a friend who had only one line. These girls are not perfect but it seemed a moment in time and space where there was no room for jealousy, where the school operated as one.

Although there were auditions for a few parts, any girl that wanted to be in the performance was given that opportunity. The result was the participation of virtually the whole school. This included girls with Down Syndrome (one in dance, one in choir) and a girl in a wheelchair to name a few. This was everyone's show, this was everyone's night.

And while they all certainly gave it their all (did I mention the months of practice and the corresponding months of carpool?), the goal was really to have fun, to forge a deeper school spirit, to create a sense of unity and togetherness, to sanctify the Almighty's name. Correct me if I'm wrong, but I don't think the producers of the Grammy's shared those aspirations.

How unfortunate, because they've missed out on something precious – watching and hearing people use their God-given talents only to praise Him, the Creator of the world.

Talent is most frequently a vehicle for self-promotion. It's hard to get caught up in the ego when singing about trust in God. The whole theme of the evening was to focus on the kindness of the Almighty and to working on trusting Him, no matter how challenging our situations.

I don't mean to put down the Grammy's but since both events occurred on the same evening, comparisons are unavoidable. And nothing compares with the purity of those high school girls singing and dancing their hearts out about their love of God, the Jewish people and His Torah. They were all winners that night.

It All Began with a Doormat!

Are You Being Treated with Dignity?

Counting On Your Neighbors

Today’s Goal Is Patience; Repeat as Many Times as Necessary

Staying Relevant
Don’t Believe in Other Gods Versus God is One
Seeing Without Eyes
Why Shouldn’t We Eat Whatever We Want?
Comments
MOST POPULAR IN Family
Our privacy policy
Aish.com Is Looking for Great Writers