The Season of Lilacs 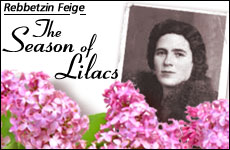 My mother achieved the elusive ability to be in touch with true reality, exuding the rare fragrance of self-effacement and singular devotion.

Lilacs are in bloom. The fragrance of these magnificent flowers goes far beyond the aromatic pleasure and delight that they provide. For me, lilacs are a sort of meditation mantra that immediately takes me back in time to a place where life was richer in emotional quality and texture. My parents, of blessed memory, paid us their semi-annual visit to Milwaukee during the weeks between Passover and Shavuot. Seasonally, it always coincided with the bursting forth of the luxurious blossoms on the lilac tree in our backyard. Lilacs were my mother's favorite flower. I can close my eyes and, in an instant, I can see the look of special pleasure that spread across her beautiful face as she breathed in and inhaled their sweet fragrance. Newly picked bouquets adorned every room of the house and even the little children understood that lilacs surfacing and emerging everywhere in the house heralded Bubbie and Zaide's imminent and much anticipated arrival.

Our sages teach that while other human faculties of man diminished considerably after the fateful act of eating of the tree of knowledge, it was the sense of smell alone that remained unchanged and did not suffer diminution. The far reaching significance of this lies in the fact that the olfactory sense is inextricably associated with the "neshama", the soul, as the verse describes the creation of man, "And He (God) blew into his nostrils a living soul and he became an animated being" (Genesis, 2).

The essential distinctive feature of the human being, namely his soul, was conferred upon him by the Master of the Universe through his nostrils, the very apertures used for the sense of smell.

Additional confirmation of the connection between soul and the olfactory faculty is the tradition of smelling spices during the havdalah service at the conclusion of the holy day of Sabbath. The Sabbath day, the holiest day of the week, brings with it a conferral of a "neshama yesaira", an additional dimension of soul, an extra dose of spiritual energy. Commensurate with this gift is the sense of loss at its departure. At the conclusion of the Sabbath we are left with an emptiness, a spiritual void, a sense of depletion. Hence, we smell aromatic spices to revive ourselves and compensate for the departure of the additional Sabbatical spirit that elevated our being for the duration of the Sabbath day.

Smell and soul are thus closely intertwined. In a mystical way, it appears as though the Almighty channeled our essence, the ness which animates us and makes us who we are, through the medium of our nostrils, our very sense of smell.

Perhaps this is why lilacs in bloom carry such powerful sway over me. A whiff of their fragrance connects me not only with my mother's presence and her preference or choice of flowers, but more significantly with her essence -- who she was at a soul level. The fragrance of her person was so that I find it totally appropriate, symbolically, that since her passing, my lilac tree in the back yard has ceased to produce its blossoms.

My mother's life was replete with twists, turns and challenges that no one could have foreseen at the outset.

My mother's life was replete with twists, turns and challenges that no one could have foreseen at the outset. She was born the eldest daughter of an aristocratic Chassidic dynasty. Illustrious luminaries of the past century were familiar figures in her life as they came and went, interacting daily with my saintly grandfather who was a leading scholar in his day.

My father, of blessed memory, came from no particularly celebrated lineage, and achieved a magnitude of person where personal excellence that qualified him for the hand of "a princess" -- my mother. He became the Rabbi of Falticeni, Romania and life started out looking good. Then Hitler (may his name be obliterated) came and the shattering of lives and dreams ensued.

My father, together with all of the men of his town, was sent off to labor camps. My mother and her 1 1/2 year old son were banished from their home. Alone and in her ninth month of pregnancy with me, she sought refuge in the cellar of a kindly woman. Shortly thereafter, I presented with a breach position at birth and my mother almost died in childbirth because gentile doctors, at the penalty of death, were forbidden to help Jews.

Fortunately, my father was among the few who survived the labor camp, and upon his return immediately sought to flee and resettle with his family. The boatload of refugees that we joined were denied entrance to the Land of Israel. The British in command had more Jews than they wanted and they sent our boat away. Our odyssey as wandering Jews, and all that entailed had begun --Cypress, Italy and finally the long-awaited papers to America.

My parents, among many others, crossed over the ocean, their five children in tow, with nothing more than the clothes on their back -- but we were a family.

"You are mistaken. I do have a home and I have always had a home. I just don't have a house to put it in."

An apocryphal anecdote is told of a five-year-old child, part of a refugee family, (it could have easily been me) who was approached by an observer and with great pity in his voice, remarked, "You poor darling, wandering from place to place with no space to call home." The child looked up and with great pride countered, "You are mistaken. I do have a home and I have always had a home. I just don't have a house to put it in."

In the formative years of my childhood, fraught with challenges as they were --wanderings, new countries, new languages, poverty, losses -- we always had a home. A home is not defined by mortar and bricks, draperies or furniture. A home is an environment of love, caring and affirmation. My parents, always, even under the most difficult of circumstances, provided us with a home. And my mother was the stalwart spirit that kept everything together.

I was six years old on the ship coming from Italy to America and the memory of two weeks of constant motion sickness and nausea is still with me more than 50 years later -- especially if someone suggests a cruise or a boat ride. None of us, the entire family of seven, could lift our heads off the pillow without heaving. And it was my blessed dear mother, herself as sick as we all were, who attended to us non-stop for two weeks straight. The image of my mother, pale, drawn and exhausted, sitting at our bedside, setting herself aside for her loved ones, captures the selfless dedication and devotion that defined her existence.

Rabbi Dessler writes, "We see life not as it is but as we are." We all have lenses through which we perceive the world. If the lenses are transparent, we get a clear view of reality. But if they are clouded over, our view of things become myopic and distorted. The most common clouding agent that obstructs our clear vision is self-interest and ego. We can all attest to the fact that "me-ism" can delude us and cause us to rationalize the most twisted of postures, easily convincing ourselves that skewed convictions are valid and, at times, even exalted.

My mother lenses, the prism through which she interfaced with life, were crystal clear and she achieved what is most elusive for most of us in our time -- the ability to be in touch with true reality.

Indeed, the rare fragrance that my mother's life exuded was one of self-effacement and singular devotion to husband and family. Not, I must add, in the negative spirit of the suffering martyr, but one that emanated from a sense of privilege and joy. Wealth and things meant nothing to my mother. Power and prestige didn't make it onto her radar screen. Her solid values never wavered regardless of her surroundings and the constantly changing world in which she found herself.

Her weltanschauung was simple and clear. She was not tormented by the tentativeness and conflict that punctuates contemporary life. The fragrance of her soul, manifested in her values, aspirations and her mission, was pure, straightforward and unadulterated.

There are times when I dream that my mother's legacy, her fragrance and essence -- her remarkable ability to transcend self and her unobstructed vision - that it will rub off on me. And I would wager that when that happens, my lilac tree will once again bloom and blossom. 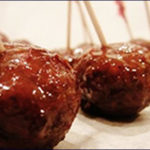 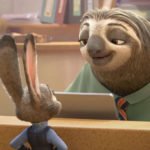 My Dreaded Trip to the DMV3 min read 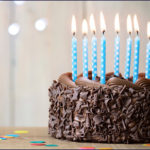 The 4 Stages of Organizations1 min read