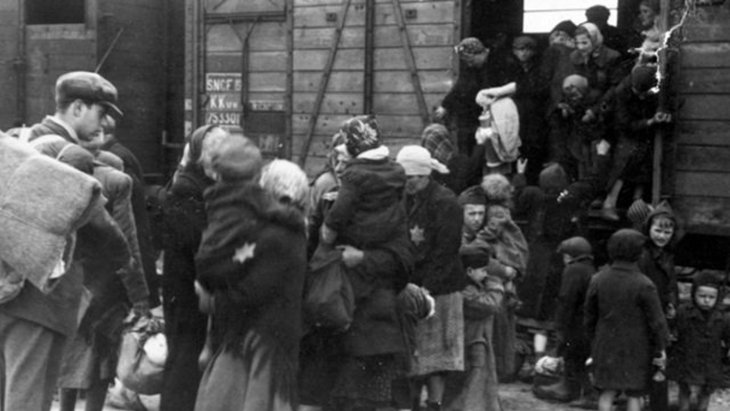 A true story of incredible courage and determination.

Tiger Mom was all the rage a few years ago. Based on Amy Chua’s book of the same name, it focused on the strict disciplinary methods of Chinese mothers and the ways in which it prepared their children for success in the future. It has its opponents and detractors but we were all wondering if we had measured up.

But I heard a story in a completely different context the other day that made me think that we have applied the moniker too loosely and easily, that there are other mothers out there whose actions truly qualify them for the title of Tiger Mom, and whose admirable behaviors could not possibly have any detractors.

Our friends’ father passed away recently. At 94 years old, he was a Holocaust survivor and I heard some of his story at the shiva. More importantly, I heard about his mother. They were on a train to Auschwitz together. Knowing the fate that likely awaited them, they plotted to escape. As the train slowed, they broke a window and jumped off. Then they ran back and hid, underground in the Lodz ghetto.

That’s a tiger mom, a mother who has the courage and determination to jump off the train with her son and go back to face the unknown. Because they were deported, they had no ration cards and therefore no food. They hid underground and her son went out foraging at night, sometimes even breaking into the local bakery to bring home bread for his mother. For four long years, they kept quiet and remained safe. Four long years where they both had to be tough, where they had to keep up their strength and their optimism, where once again his tiger mom’s perseverance and determination helped carry them through.

But to me, the most impressive story of all, the one that caused chills down my spine and brought tears to my eyes was the last story our friends told of their grandmother. Their hiding place in the ghetto was finally discovered and they were once again on the train to Auschwitz. Unlike their first trip, no opportunity to escape presented itself and they arrived at the platform of the heinous camp and faced no less a personage than the infamous Dr. Mengele.

Seeing the woman, who looked much older than her years, he immediately sent her to the left, to a certain fate in the gas chambers and crematoria. Her strong and robust son, Mengele sent to the right, destining him for work detail.

Our friend’s father could not bear to be parted from his mother. He ran to join her in the line. In what I think of as the bravest act of her life, she slapped her son on the face and shoved him back into the other line.

That’s a true tiger mom. That’s someone who, when the chips are down, only thinks of her children, who is able to set aside all personal concerns and do what is right for her offspring. It’s not about education or career or material success. It’s about the gift of life itself, it’s about putting your children’s needs above your own, it’s about putting their very lives above your own. And it’s about being willing to sacrifice it all to give your children a chance.

I’m sure there were many mothers like our friends’ grandmother, women who had to make awful and courageous choices under these horrific circumstances. Witnessing throughout Jewish history the mothers of our people who were willing to sacrifice all for the sake of their children – from our matriarchs on through our grandparents and great-grandparents in Russia who sent their children to America to avoid pogroms or conscription into the Russian army – I think we can say that we know who the true tiger moms are. It’s a daunting legacy to even aspire to live up to.

It's Rosh Hashana. Don't Panic.
Don’t Believe in Other Gods Versus God is One
Seeing Without Eyes
Why Shouldn’t We Eat Whatever We Want?
Comments
MOST POPULAR IN Family
Our privacy policy
Aish.com Is Looking for Great Writers