Cook This for Passover 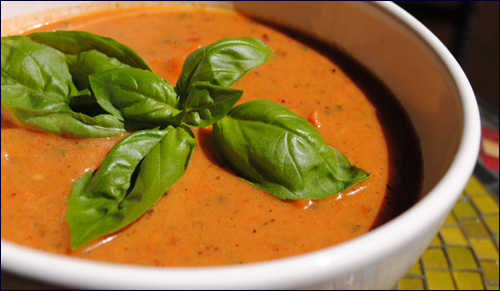 Passover cooking does not need to include just the traditional briskets and potato kugels, although those are delicious too. In my Yom Tov menus I try and include lots of flavorful dishes that would be terrific any time of year. These recipes make my repertoire all year but are a little unexpected on the Passover table and will definitely make your Yom Tov tasty. 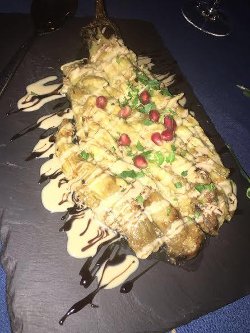 Roast medium sized eggplants on open flame or grill, until blackened all around. Let cool and peel to remove skin but leave top on the eggplant for decorative reasons. 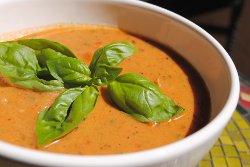 Brush two large shallow baking dishes with 1 tablespoon olive oil. Laying them cut-side down, arrange tomatoes, bell peppers, zucchini, and eggplant in one layer. Sprinkle garlic and onions pieces all around. Drizzle with remaining oil. Season with salt and pepper and sprinkle with thyme and oregano.

Place in oven and bake, uncovered, for 30-35 minutes, or until soft and browned. Cool, then scrape out the eggplant flesh and remove skin from bell peppers and tomatoes.

In a bowl with an immersion blender, puree eggplant, bell peppers, zucchini, tomatoes, garlic and onion until chunky like a salsa, not a puree.

In a soup pot, combine, chunky vegetables with broth and simmer 20-30 minutes. Stir in the non-dairy milk and simmer until hot. Add salt and pepper to taste. 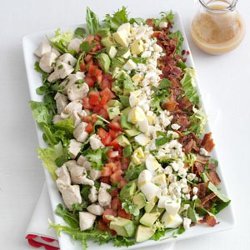 For the dressing: Preheat the oven to 425°. Wrap the garlic cloves in foil and set on a rimmed baking sheet. Brush the onions with oil and arrange on the baking sheet. Bake for about 1 hour, until the onions and garlic are lightly charred and soft. Let cool.

Peel the garlic and transfer the cloves to a blender. Add the onions, cider vinegar and lemon juice and puree until smooth. With the blender on, gradually add the 1 1/4 cups oil until incorporated. Season the dressing with salt and pepper 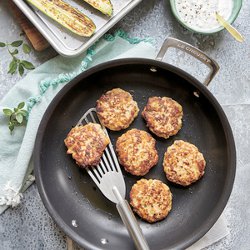 While chicken cooks, arrange zucchini, cut side up, on a jelly-roll pan coated with cooking spray. Brush with remaining 2 teaspoons oil; sprinkle with the remaining remaining salt and black pepper. Broil 5 minutes or just until tender.

To serve: Serve chicken and tzatziki and sprinkle with remaining 2 tablespoons mint. 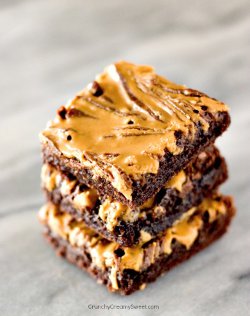 For the brownies: In an electric mixer, cream together the margarine and brown sugar for about 3 minutes. Add eggs, one at a time. Add the melted chocolate and mix until fully incorporated. In a separate bowl, mix together potato starch, baking powder, salt, and cocoa powder. Add the dry ingredients to the wet and mix on medium-high speed until combined into a thick batter. Add walnuts and marshmallows and incorporate through the mixture. Pour the batter into the pan and use a spatula to spread it evenly.

Frosting: Mix the margarine and nut butter together until combined. Gradually add the powdered sugar and starting on slow speed, whip together until the sugar is completely mixed in. Add nondairy cream/milk and vanilla extract and continue to whip together on high speed until you have a soft and smooth consistency. Spread this mixture on top of the brownie batter or swirl within the batter using a spatula.

Bake brownies on center rack for 30-35 minutes. Allow the brownies to cool on a rack.

Tips for Making Perfect Matzo Balls
Va’etchanan 5782: A for Effort
Can You Show Me This "God?"
How to Become Immortal
Comments
MOST POPULAR IN Family
Our privacy policy
Aish.com Is Looking for Great Writers