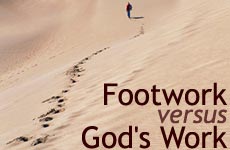 Wholeness that comes through marriage is best achieved only after one's own self-sufficiency as an independent human being has been established.

Dear Rebbitzen Faige,
My fiancee has had a very difficult past, filled with anger, abuse, and betrayal. Understandably, she wants to push off our getting married until we both finish dealing with these issues. I am working as hard as I can on these things, and she is trying too.

How much work is "enough"?

Should we wait until "everything" humanly possible has already been done? How much can we rely on God's help? Where is the line between our work and leaving it up to and trusting God?

Thank you very much,
RF

There are two confluent concepts in Jewish thought: self-sufficiency and wholeness.

The first describes the essence of the Almighty as "God is powerful in His aloneness" (Psalms). Additional confirmation of the value of "aloneness" is found in the Torah narrative describing the patriarch Jacob’s victorious battle with the heavenly representative of the evil force of Esau. This was the epic struggle that earns him and his progeny the exalted name "Israel." The introductory verse informing the context of that triumph reads "and Jacob remained alone" (Genesis 77:1).

God manifests himself in our world through His many attributes. These attributes serve as models of behavior for us, who are created in His image, to emulate. Hence, if the verse places "aloneness" as a predicate for God’s strength (so to speak), we need to ask what that means for us. What lesson are we to learn from the state of "aloneness" that set the stage for Jacob's definitive encounter that transformed him and the totality of Jewish history?

Jewish sources point out the need for a person to be first and foremost sufficient onto himself or herself as an integrated and differentiated entity (Midrash Raba, 77:1, Daat Chochma Umusar). One must have the capacity to stand on one’s own two feet, adequately grounded with the ability to engage the inevitable battles of life.

Fortified with individual strength, it is only then that one can move on to embrace the second concept articulated by God’s pronouncement in Genesis: "It is not good for man to be alone."

The conjugation of this verse, in contrast to the previous references to "aloneness," suggests an existential loneliness. It speaks to a void, the absence of another, of a missing piece, indeed of a mate with whom to share one's life. In this stage, a person may be sufficient onto himself or herself, but they are as yet not complete and fulfilled.

The capacity for independence and being alone must precede the antidote for existential loneliness -- that of sharing one's life with another.

Wholeness that comes through finding a suitable mate is best achieved after ones own self-sufficiency as an independent human being has been established. A person unable to stand alone is not a promising candidate for marriage. The capacity for independence and being alone must precede the antidote for existential loneliness -- that of sharing one's life with another.

It is true that we all come into this world with our idiosyncrasies, our flaws and blemishes. Surmounting our deficiencies must necessarily be part and parcel of the "human becomings," the ongoing lifetime process of consistent growth that takes place as we move forward day by day, laboriously, towards ever greater excellence. Growth, overcoming our faults and actualizing our strengths is a lifelong challenge for any person who is serious about life and achieving the purpose for which we are placed on this earth.

There is, however, psychological baggage which is not within the realm of "normal" issues. These can run very deep and can have a profound crippling affect on the human psyche.

Marriage is a partnership, a union of two people committed of giving to each other. An individual desperately struggling with issues of this magnitude may not be capable, as yet, to give to another human being. Their energy is totally tied up and consumed in dealing with the pain of their unresolved issues.

In this compromised state they are insufficient onto themselves. They don’t yet possess the healthy state of independence and "aloneness" which would enable them to see the completion and wholesomeness that comes from the interdependence fostered in a giving marriage relationship.

Marriage, even under the most normal of circumstances, requires major adjustments. There are gender differences -- the "Men are from Mars and Women are from Venus" issues. Additional compounding factors are dissimilar families of origin, who may have totally conflicting styles of responding and coping. Some families are demonstrative while others are reserved. Some fight; others invoke the flight and avoidance approach to conflict. There are those who come into marriage expecting the fastidious surroundings of their mother’s home, to find that their partner has a laid back nature vis-a-vis housekeeping, etc.

There has to be the basic energy available to confront and engage the "normal" adjustments that marriage inevitably requires. I would recommend that you, my dear reader, consult with the therapists involved and solicit their educated opinions and counsel as to whether you and your fiancee have the requisite emotional resources, at this point in time, to move forward into marriage.

You inquire as to how much is "enough"? There are no generic answers since each situation is very different. The variables are the severity of the issues, the work already done and the effort that still remains to be put forth.

It is not a matter of "everything" humanly possible being done. Total health requires, undoubtedly, a lifelong, ongoing, process of healing and thus a steadily increasing wholeness. Nevertheless, in order to successfully negotiate a marriage relationship, there does have to be that basic, initial repository of emotional well-being.

"God helps those who helps themselves" is a Jewish concept articulated as "the path that a person seeks to travel, Heaven makes accessible to him." Reliance on Heaven alone is inappropriate as God respects the choices of man to indicate the direction he wishes to take. However, when a person initiates the process and puts forth his best effort, heavenly input and assistance is assured.

I wish you much continued happiness. 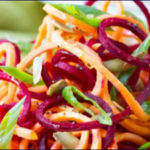 I'll Love You If…3 min read

The Business of Marriage2 min read

Finding Merit for Others1 min read