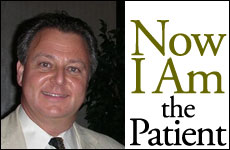 It will only take one person to save my life. Could it be you?

Being a patient and dealing with a serious illness, changes your life. It also changes the lives of the people around you, especially your children, family and friends. As a physician, I took care of my patients with that significance in mind. Now I am the patient.

I have an acute life-threatening condition with my only hope for a cure being a bone marrow transplant.

I have had a rare bone marrow disorder called Myelodysplasia for nearly 10 years. I have been fortunate to not need any treatment aside from occasional blood testing, and for that, I am grateful. I have felt God watching over me. Recently, my condition had changed. My bone marrow is now in transformation and without treatment, my illness will likely convert to Acute Myelogenous Leukemia (AML). This is an acute life-threatening condition with my only hope for a cure being a bone marrow transplant. Bone marrow, provided by a donor, will provide me with the blood stem cells I need to replace my dysfunctional bone marrow and live.

Even though I am a physician (radiologist), I had many questions. Which doctors do I choose? Will I need chemotherapy? Radiation therapy? Blood transfusions? What is the prognosis? Can I do this? I began to educate myself on my illness with a new appreciation for the material than when it was taught in medical school. 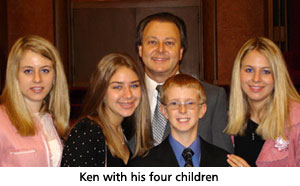 With everything at stake, I needed to get things in my personal life in order. The hardest part was discussing the issue with my four children. With prayer, I found some of the answers to my questions and learned to take on one thing at a time. We have all heard the phrase, "One day at a time". That has never been more real to me than now. I was only in the pre-transplant phase yet had to prepare for what was to come. The details of my future were a mystery. The outcome, unknown.

Patients who require a bone marrow transplant must find a donor with a matching tissue type. Since tissue type is inherited, the best chance of finding a match is with a sibling or other family member. Unfortunately, I was not lucky enough to have a match in my family, so I was forced to turn to the international registry of over 11 million volunteers who are willing to donate to perfect strangers, and hope that a match could be found there.

After a preliminary search utilizing the National Marrow Donor Program (NMDP) and with the help of the Bone Marrow Transplant Program at the Cleveland Clinic, a few potential donors were identified and asked to go for further, confirmatory testing to find out if any of them were close enough matches and also to ensure that they were sufficiently healthy so that the donation would not pose a risk to the donor or to me. For me, this time was spent in preparation, mentally, spiritually and physically. I came to learn that my best potential "perfect" match had been found. A 52-year-old woman apparently was the only one uncovered from the international database search. I was elated that a donor had been found, and she seemed willing to proceed with this anonymous, completely voluntary process. As fate would have it, two days before I was to be admitted to the hospital, we learned there was a possibility that she had a significant medical condition that would make her ineligible to donate.

This was obviously a tremendous disappointment. I had prepared myself, both physically and mentally for the transplant. My pre-transplant tests were rushed to completion and everything looked good. I was supposed to begin the preparatory chemotherapy in just a few days. More tests and weeks passed, and we eventually learned that the donor did have a condition that would prevent her from proceeding with the transplant. I was struck, not just with disappointment, but with the thought that perhaps, in some way, I might have been the one to save her life by helping to uncover a silent medical condition.

Fortunately, in the time we were waiting for the results of my potential donor, my health remained relatively well, aside from neutropenia (low white blood cell count), blood transfusions, chemotherapy and other mild medical episodes. We have now begun a new search for a donor and I remain hopeful that a match will be found. I have truly become an advocate for bone marrow donation, and with the help of many friends, associates and colleagues, a local bone marrow drive was instituted on my behalf, which added over 300 new donors to the registry. The out-pouring of support I have received has truly been inspirational. I am still waiting, still hoping that, in the end, this long journey will have a positive outcome.

Through this journey, I came to learn about an important organization called the Gift of Life Bone Marrow Foundation Gift of Life is North America's only Jewish bone marrow donor registry. Their mission is to recruit marrow donors from North America's Jewish communities in order to improve the chances that matches will be found for Jewish patients like me. Since its inception, Gift of Life has been credited with facilitating transplants and saving the lives of over 1,500 children and adults around the world.

It was founded by Jay Feinberg, a teenager who was diagnosed with leukemia and whose only chance for survival was a bone marrow transplant. Since he was unable to find a suitable donor in his family, an international unrelated donor search took place. Over the course of four long years, his family and friends mounted a campaign that tested 60,000 volunteers at hundreds of donor drives in the U.S. and abroad.

The drives identified matches for dozens of other patients, but none for Jay. Four years later, his doctors told him that his disease had accelerated, and he would need a transplant with a mismatched donor. This was his only hope.

She was the very last person tested, and she turned out to be Jay's miracle match!

He prepared for his trip to Seattle's Fred Hutchinson Cancer Research Center for his transplant. In the interim, a young student from Chicago asked if he could organize one last drive on Jay's behalf at a small yeshiva in Milwaukee. He offered to raise the money himself, and his mom who was a phlebotomist would draw the blood. He recruited volunteers to help, and traveled to Milwaukee, where he registered 120 potential donors. At the very end of the drive, as the supplies were packed away, one of the volunteers offered to be tested. Her name was Becky. She was the very last person tested, and she turned out to be Jay's miracle match! 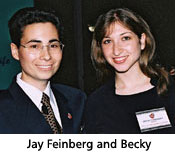 As it turns out, Becky's whole family was tested for him several years earlier at a drive in Chicago. But since Becky was too young to donate, she waited in the car. The moral of this story is that there is always hope! We all have an opportunity to help repair the world and give back. Following Jay's transplant, he continued the work begun on his behalf and now serves as the Executive Director of the Gift of Life Bone Marrow Foundation.

As an Eastern European Ashkenazi Jew, my best chance of finding a match is to appeal to Jews around the world to be tested and join the registry. Following the losses of the Holocaust, which decimated the ranks of our extended families and cut off bloodlines, Jewish patients face a particularly daunting task when searching for a genetically matched donor. The stranger who can save my life is likely out there, it is just a matter of getting the word out and finding him or her. My hope in sharing my story with you, is to encourage as many Jews as possible to register as volunteer donors.

Joining either Gift of Life's registry or the NMDP registry of donors is fast and easy, requiring only a swab of cells from inside your cheek. Interested volunteers should visit www.giftoflife.org or www.marrow.org to locate scheduled donor drives in their area. If no drive is scheduled near you, you can request a testing kit, which will be sent to your home. (There is no charge to join the registry if you attend a drive; however, the registries often request a donation to cover processing associated with online registration). Donors must be between the ages of 18-60 and in general good health. All volunteers will be added to the registry, which is accessed daily by transplant centers around the world in search of matches for their patients. While you may not be my life-saving match, you could save the life of another patient just like me. If you are a match, the donation process is extremely safe, and will not cost you anything. For more information about donating, please visit Gift of Life's website, or call 800-9MARROW.

It will only take one person to save my life... Could it be you? Could it be your brother or sister? Your child? Please, visit Gift of Life's website today to find out how to be a donor. It says in the Talmud, "He who saves one life, it is as if he had saved the entire world." Your participation truly means the world to me, my family, and other patients in similar need. I can think of no greater gift to give, than to offer another a precious second chance at life.

The Eichmann Letter and Ban Ki-Moon

Anti-Semitism and the Holocaust

A Domestic Violence Situation
Should I Break Up, Get Engaged or Keep Dating?
Time Is Your Precious Commodity
A Constant World in Flux
Comments
MOST POPULAR IN Current Issues
Our privacy policy