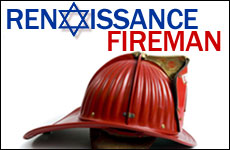 The idea of a Jewish firefighter may seem peculiar to some, and for good reason. In most cities, they make up only a small percentage of uniformed fire service employees.

In the city of Columbus, David Bernzweig is , the only Jew among 1,520 firefighters.

Although Jewish firefighters are not unheard of, Bernzweig's situation is uncommon -- especially because he is Orthodox.

In fact, he fits in very well. He is a paramedic, second vice president of the local union, a contributor to the Fire Engineering trade publication and a member of the Federal Emergency Management Agency (FEMA) urban search and rescue team.

Bernzweig joined the volunteer fire department while in high school in his hometown of Chesterland, Ohio. He joined out of a sense of civic duty and because he wasn't involved in many other extracurricular activities.

When he enrolled at Ohio State University in 1989 to study economics and political science, he had no thoughts of a life in the fire service. "I was going to go to law school," he recalled.

But he gravitated back toward firefighting, working part time through college. After graduation, he worked in Grove City as a firefighter. He joined the Columbus department in 1996.

"I was just trying to do something that felt good for the right reasons."

"It really wasn't until two or three years into it that I realized this is what I want to do," he recalled. His parents were supportive of his decision. "It's not the stereotypical ‘Jewish mother' (attitude) that would push us in any direction.

"What I take from my parents is that it's OK to do something that's not about the money. I didn't have to go to law school or medical school. I certainly had those choices, but I was just trying to do something that felt good for the right reasons."

A Columbus firefighter's schedule is 24 hours on duty, 48 hours off. Bernzweig has no trouble using annual vacation or trading shifts for holidays. However, every third week he's on the job either Friday or Saturday and cannot observe the Sabbath conventionally.

Rabbi Howard Zack of Torat Emet, where Bernzweig is a member, said, "As far as observing the Sabbath, if your work involves saving lives, then saving those lives takes precedence." Doctors, military personnel, and public safety workers discuss specific protocols with their rabbis.

Bernzweig has taken a leadership role in the Columbus firefighters union, IAFF local 67. As second vice president, he is involved in health and safety issues pertaining to equipment. In addition, he sits on a national board pertaining to respiratory protection equipment.

Jack Reall, president of the local union, says that Bernzweig was reluctant at first to become involved politically. "I recruited him; I probably blackmailed him into it somehow," said Reall.

Reall met Bernzweig shortly after he graduated into the fire department; they worked together in a firehouse setting. Reall said that when it came time for him to take the helm at the union, he wanted Bernzweig as one of his seconds. "He's dedicated, meticulous to detail, he's done a great job."

Now that Bernzweig works at the Eastmoor station, not far from his home, he walks there on Shabbat. He takes his own food to work for every shift, but he contributes money for the meals the other firefighters prepare and eat. "I always pay in because I think it's important for a sense of unity... and maybe I'll eat ice cream once in a while," he said.

According to Bernzweig, the Eastmoor station is moderately busy, with about six to 10 fire runs and 12 to 20 EMS runs each day. He estimates that about 80 percent of the station's runs are in the Eastmoor area even though his station is responsible for Berwick and Bexley.

"The type of call goes directly with socioeconomics," he observed. "When you go into Bexley, you generally deal with more serious emergencies." He recalled one EMS run, in an economically challenged neighborhood, where a man had nicked himself with a safety razor.

"We're their primary care; they just don't have the tools, but we treat them all as being serious," he explained.

A career in public safety has dramatic moments. During his time in Grove City, Bernzweig was on duty during a fire at a propane distributor.

"We were the first truck on the scene," Bernzweig recalled. "It was like a war zone. There were pieces of metal raining down, one landed 20 feet in front of me. Any closer, it would have killed me."

Bernzweig said that was the first time he thought he wasn't going home. "I thought about my family," he said.

He also traveled to Mississippi after hurricane Katrina. "It was very different than the Louisiana operation," he explained. "In Mississippi it wasn't a water problem; it was where the eye of the hurricane hit. There was widespread destruction.

Bernzweig and Reall were assigned together as a pair, with a dog, searching for people who might be trapped in flattened homes. The dog sniffed each rubble pile for traces of human scent. What they typically found was not alive. They marked the houses to indicate there were bodies inside so the coroner could come along later to retrieve them.

"You gain an appreciation for very simple things and the basics in life."

"It was challenging," said Bernzweig, "we're set up for structural collapse from earthquakes, bombings, tornadoes, stuff like that. A hurricane's a very different animal, dealing with whole neighborhoods that were severely damaged and structures, even neighborhoods missing. There was a lot of wide-area search, where we set up a grid and searched houses, but there wasn't a lot of rescue going on."

"You gain an appreciation for very simple things and the basics in life and how fortunate you are just to have shelter," he said. "And how nice it is to have running water and a bathroom, and be able to brush your teeth or take a shower."

Although Bernzweig is passionate about his work, he leaves it at the station. "You won't find a firefighter who doesn't love what they do," he observed.

"What I like about it is that, on the street at least, you don't take stuff home with you. You don't take baggage, you're not working on projects. You have to deal with every issue, and some of them are big critical issues, but you call us, we come, we solve it, we go home, we move on to the next one. I don't get stressed. I don't take it home.

"On the other hand, with the union, you're involved with projects for weeks, months, years." He frequently travels for committee meetings, conferences, and speaking engagements. "I never realized how much stress is in that kind of work."

Bernzweig finds relaxation at home with his wife, Esther, and his three young sons. Esther said that their 5-year-old, Eli, wants to be a firefighter like his dad. "He wants to work in the same firehouse as him," she said.

But the schedule is hard on the family life. "The boys miss him when he is gone," and Esther says that creating Shabbat without him is the hardest part.

Rabbi Zack noted: that "David embodies the balance of being very spiritual with a sensitivity and warmth for others. He takes his religious, professional and family lives very seriously."

When the day comes for him to retire from the fire service, Bernzweig will take the feeling of brotherhood and sisterhood with him. "The fire service really is a big family," he said. "You can go to another state, and you're still part of the family. That kind of thing, we keep that forever."

This article originally appeared in The New Standard.

Daniel Newman contributed to this story. 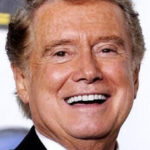 Regis Philbin and the Importance of Kindness3 min read 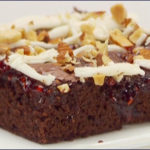 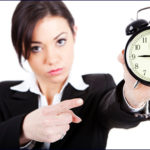 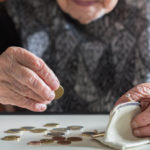 All Hail the Chief4 min read