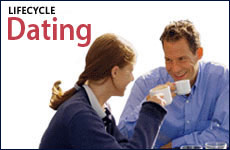 What to look for in a spouse, and how to find it.

At the time of conception, a heavenly voice emerges and declares "the daughter of so – and – so is destined to marry this person" (Talmud – Sotah 2a).

Every person has a soul – mate. The kabbalistic sources reveal that the souls of a predestined husband and wife stem from the same source. Marriage is simply bringing them back to their natural state – two halves of a whole, like the original Adam and Eve. Until a person finds his soul – mate, he will experience a deep longing and loneliness.

This does not mean that you can't marry the wrong person. God gives every person free will and the ability to determine his own destiny.

How do you ensure that you "tie the knot" with the right person? There are two ingredients: prayer and responsibility.

If you've never really "talked" to God before, the search for a soul – mate is the best time to begin. Remember, the Almighty knows where he or she is and how to bring you two together. Try it. He may just be waiting for you to ask Him to arrange it.

But no less emphasis should be placed on responsibility. The pursuit of a marriage partner requires honest and objective evaluation. Often, people get swept away by their emotions and make a faulty decision that can irreparably impact their lives.

There are many important ingredients in finding the right spouse. Some key questions to ask are:1

A bit about physical attraction: On one hand, the Hollywood idea of fireworks and butterflies is not realistic. For many people, a deep attraction grows over time; likewise a courtship that begins with fireworks inevitably fades. But the bottom line is that chemistry is an essential ingredient to any happy marriage. As the Talmud says, a man is forbidden to marry a woman until he has seen her, lest he be unattracted.2

Far from the bar scene, Judaism has traditionally relied on matchmaking (in Hebrew, shidduch). This does not mean that a young man and woman are forcibly married, but rather that the parents, with the help of a matchmaker, get involved in arranging "blind dates." This is a valuable pre – screening process, where a man and woman of similar backgrounds and worldviews will be set up. This also enables the two parties to "check each other out" and assess the match before actually meeting.

What should be done if someone asks for your perspective about a potential date, and you know negative information? In general, if it is something subjective (e.g. Is he handsome? Is she intelligent?), you should never answer in the negative. This is because in the eyes of the potential date, the person may indeed be a gorgeous genius!

But what if you know objectively negative information that is not being divulged – e.g. the person has a criminal record, or a debilitating medical condition? On one hand, the restrictions of Lashon Hara prohibit divulging negative information about someone even if it is true. On the other hand, you have an obligation to protect the other party from getting harmed.3 These questions are always very sensitive, and it is best to consult with a responsible rabbi.

The Torah wants us to have a most meaningful intimate relationship with our spouse. The only way to build and maintain a special bond is to ensure that the special nature of the relationship is shared only with him or her. In other words, if a man feels free to demonstrate even subtle forms of affection to other women, he will direct less of that energy toward his wife. If we use the language of love – both words and actions – in a frivolous manner, it will lose its impact when most needed, in the marital relationship.

Therefore, it is forbidden to show physical forms of affection to members of the other sex who are not immediate relatives,4 regardless of whether or not either party is married. This includes a warm handshake.5

Particularly for dating couples, physical contact can create an illusion of closeness that greatly decreases the chance for objectivity. Further, by abstaining until marriage, the special intimacy is expressed in the proper time and place as determined by God.

A not – so – well – known prohibition is yichud [seclusion]. It is forbidden for a woman to be secluded in a private area with a man (who is not related to her), and it is forbidden for a man to be secluded in a private area with one or two women (unless either of them is related to him).6 The definition of a "private area" is a place where other people do not frequent at this time. Any area that can be seen by passersby is not in this category. Thus a private meeting between a man and woman can always occur near a window which is open to a street that people sometimes use at that hour.7

There is a leniency for a married woman, whose husband is currently in the same city; she is permitted to be secluded with other men, assuming that her husband knows where she is.8

Ammonia and bleach are two very effective cleansing materials. But if they are mixed together, they produce noxious fumes. Certain substances are very potent and productive when independent of each other, but if they mix with that which is incompatible, the results are deleterious.

Jewish marriage is a spiritual reality, a re – uniting of two souls that were destined to be one. This metaphysical metamorphosis cannot be actualized unless all the technical criteria are correct. Thus it is crucial that before any serious courtship develops, a couple determines if they are halachically compatible.

The Torah teaches a number of types of people who simply cannot bond with each other. This does not mean there is anything wrong with the individuals, and it certainly does not imply that they are at fault. Rather on a metaphysical level, it just won't work. For example:

A Jew cannot marry someone who is halachically not Jewish.9 A wedding between such parties does not create a new spiritual entity that binds them together as one. Even following such a "marriage ceremony," the couple is not considered Jewishly married – to the extent that a Jewish divorce (Get) is not required for them to separate.

Who is halachically Jewish? A Jew is one whose mother was Jewish, or who has undergone a halachic conversion. The status of one's father has no impact on whether he or she is Jewish.10

Another incompatible category is where one party is already married to someone else. This may sound obvious, but it is not always so simple. For example, if a married woman decides to terminate her first marriage, she cannot marry another man until she receives a proper Get. This holds true even decades later! The civil divorce that she obtained is not sufficient.11

There are certain types of people who bear compatibility restrictions. For example, a male kohen may not marry a divorcee or a convert, as described in the Torah.12 There are other restrictions to a kohen as well. So if you are a kohen, seek guidance from a rabbi about whom you can marry. A woman who comes from a family of kohanim does not maintain any of these restrictions.

Then there is the mamzer. Contrary to popular belief, a mamzer is not defined as a child that was born out – of – wedlock. Rather, a mamzer is the product of certain forbidden relationships – e.g. a man having relations with a married woman.13 A mamzer is very limited to whom he or she may marry.14 Again, with any practical applications, competent rabbinical guidance must be sought.

Even if a couple is compatible, many things are necessary for a wedding to be metaphysically and halachically valid. For example if the designated witnesses to the kiddushin ceremony were not halachically viable witnesses, the procedure must be repeated.15 Plenty of other things could go wrong as well, which is why it is critical that a responsible rabbi officiates.

If a couple believes that their wedding was not halachically valid, they should consult with a rabbi as soon as possible.

42. Tisha B'Av and the Three Weeks

Tzitzit
Scientific Curiosity and the Divine Encounter
Mind Over Milkshakes
Love the Convert
Comments
MOST POPULAR IN Jewish Law
Our privacy policy
Aish.com Is Looking for Great Writers