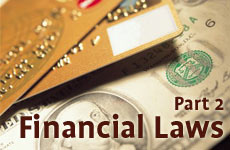 The Torah view of debts, loans, and employee relations.

It is not permitted to hire a worker for less that the “going rate.”1 (Nevertheless, if this was done, the worker cannot claim and collect his loss in beit din.1a)

When Leah turned 12, she decided that she wanted to earn some money doing babysitting. When she arrived at the home of Schwartz family, Mrs. Schwartz asked her what she charges per hour. Leah, not knowing what the standard babysitting rate, suggested a rather low fee. Mrs. Schwartz may not mislead her into thinking that she is receiving a typical fee.

When a worker is being hired for a job, it is important to spell out in detail the exact responsibilities of the employer and employee.2 It does not matter whether the worker is a teenage babysitter or an electrician. The employer must promptly pay the worker according to the amount and schedule agreed upon.3 Normally, every worker must be paid on the day (or night) that he completes the job for which he was hired.4 But it is the obligation of the payee to come and pick up payment, unless another arrangement was made.5

Mrs. Levine took a taxi to the dentist's office. Upon arrival, she realized that she did not have any cash in her purse to pay the not-so-happy driver. Mrs. Levine must make sure to pay the driver before sunset of that day.

If a verbal agreement was made between an employer and employee, the employer is not allowed to retract before the work begins. (However, if he does so, the employee has no legal claim against him.6) The worker, on the other hand, is entitled to retract at any point, unless it will cause financial harm to the employer.7

After a heavy snowfall, Steve went door-to-door offering his snow-shoveling expertise. Mr. Stewart was happy to accept the offer and they agreed that the long driveway would be shoveled for a fee of $25. The job was only half-done before Steve started getting tired. Steve's friends then passed by and asked if he wanted to go sledding. Steve went back to a displeased Mr. Stewart and said that he won't be shoveling the rest of the driveway. Then Steve said that since he already finished half the driveway, Mr. Stewart should pay him $12.50. Mr. Stewart must pay Steve for his work and he cannot obligate him to finish the job.

A worker may not overcharge for services rendered.8 If no set fee was established between the parties, payment should be made according to the going rate.9

An employee has to work to maximum capacity and may not waste company time.10

Bob was up very late the previous night. In the morning, he came into the office on time, but was not able to keep his eyes open. Although there was a lot of paperwork to be done, Bob's exhaustion and numerous short naps stood in the way of his productivity. Bob is required to inform his boss of the situation.

For this reason, an employee is not permitted to moonlight at a second job, if that would weaken his ability to work properly for his main employer.11

It is forbidden to "borrow" something without asking permission.12 However, if the owner regularly lets you borrow this item, and the item will not be subject to wear and tear, we may assume that the owner would not object to your borrowing it again.13

Finally, the weather was ideal to take care of the garden. John went to his neighbor's home to borrow his lawnmower. The neighbor was not home, but the lawnmower was in front of his house. John may not use the lawnmower without permission.

A borrower may not use an item for longer than the terms of the loan.14 The lender may not demand that the article be returned before the agreed-upon time.15 If there was no time established for returning it, the owner may at any time demand its return.16

A borrower may not let other people use the borrowed item.17

It is certainly forbidden to borrow money (or anything else for that matter) if one does not have the means to pay back.18

When lending money to a Jew, it is forbidden to charge interest.20 There are certain situations in which interest may be charged by utilizing the principle of hetter iska. This is an agreement which technically earmarks the loan for investment purposes, and the lender becomes a quasi-shareholder in the business. Technically, interest is not being charged, but rather payment of dividends on "the investment."21 These laws are very complex and practical matters should be discussed with a rabbi.

It is also prohibited for a borrower to pay interest to a Jewish lender.22 This restriction is not limited to monetary "interest"; it is also forbidden to give the lender a present, do him a special favor,23 or express an overly profuse thank you.24

Money that is owed for a long period of time without being claimed can still be collected after many years.25 These loans, however, are subject to the following laws:

The Torah dictates that any unpaid loans are nullified at the end of the seventh year of the Shmita agricultural cycle.26 In other words, regardless of when the money was borrowed and when it was due, once the end of the Shmita year arrives, it is forbidden for the lender to exact payment.27 This law applies both in Israel and in the Diaspora.28

There is a legal loophole, however, whereby the lender writes a pruzbol document. This technically licenses a Jewish court to collect loan payments on his behalf. With this document, the lender can retrieve all his outstanding loans.29 However, this document must be written before the end of the Shmita year.30

The next Shmita year will be in 5775 (2014-2015). Therefore, to collect any outstanding debts, one would need to write a pruzbol no later than erev Rosh Hashana on the last day of the Shmita year.31 For more details, consult a rabbi.

The mitzvah to lend money, and the principles of giving charity were discussed in our essay on Interpersonal Responsibilities – Part 2.

The Obligation to Return a Lost Object6 min read 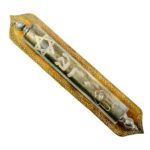 What is a Mezuzah?8 min read

What does Judaism say about kindness?13 min read