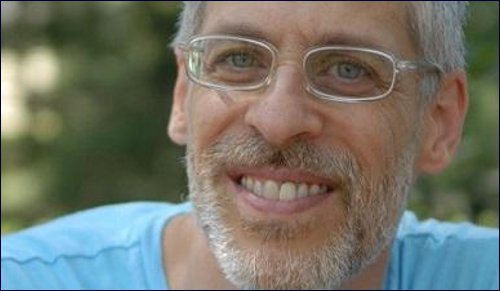 A pro-Israel philosophy professor is being hounded, and you can help.

Prof. Andrew Pessin is, in his own words, “the only openly pro-Israel Jewish professor” at Connecticut College in New London, Connecticut. Popular and well-liked, he was a fixture in the Philosophy Department – until this year when an old Facebook post was quoted, debated, parsed, and ultimately used to tar the popular professor as a racist.

His accuser, Lamiya Khandaker, first met him when she took his Introduction to Philosophy class in the Autumn of 2013. A Bangladeshi student, religious Muslim, and pro-Palestinian activist, by her own admission she and her professor got along well. Then, a year later, in what Pessin has described as a coordinated attack between Ms. Khandaker and a hostile faculty member, she combed his Facebook account. Ms. Khandaker found a post written in the midst of the violent conflict between Israel and Hamas-ruled Gaza. Writing about Hamas, which was launching thousands of rockets at civilians in Israel and using their own cowed populace as human shields, was a dangerous endeavor, Prof. Pessin had noted.

His wording, which was highly unfortunate, compared Hamas leadership to a wild dog: “One image which essentializes the current situation in Gaza might be this. You’ve got a rabid pit bull chained in a cage, regularly making mass efforts to escape.” (It should be noted that comparing human beings to animals is always offensive – whether the comparison is done by Hamas, whose founding charter compares Jews to apes and pigs – or to those seeking to critique that terrorist organization.)

Ms. Khandaker accused her former professor of racism, and Prof. Pessin apologized, saying that he meant to criticize Hamas' terrorist leadership and war-mongering only, not Palestinian people in general: “If my analogy inadvertently invites that overly literal misunderstanding then I am truly sorry and surely need to be more careful, and I’ve taken the post down,” he wrote.

Ms. Khandaker was unsatisfied, and in November of 2014, brought her complaint of racism to The College Voice, Connecticut College’s student newspaper. The paper printed two incendiary articles about Prof. Pessin on November 24: one, from a College alumnus living in Jordan, accused Prof. Pessin of being a well-known racist (a charge Prof. Pessin and many others within the college deny). The second article went further, announcing that “A member of our community has called for the systematic abuse, killing, and hate of another people”.

The second article also deliberately misquoted Prof. Pessin; digging up the original Facebook post, they altered wording. A comment to his original post had read, “terrorists should be put down, just like the dog” in Pessin’s analogy, to which Pessin had posted “I agree.” The College Voice article edited these comments, implying that they referred not to terrorists but to individual Palestinians, and accusing Prof. Pessin of calling for murder.

The articles had a toxic effect on Prof. Pessin, essentially branding him a racist and advocate of violence. Rather than supporting their colleague, Connecticut College administrators and departments rushed to distance themselves from him. The History Department issued a strongly worded letter to the community, referring to Prof. Pessin and announcing, “The history department would like to clearly state that we condemn speech filled with bigotry and hate particularly when that speech uses dehumanizing language and incites or celebrates violence and brutality”.

The Center for the Comparative Study of Race and Ethnicity publicly condemned Prof. Pessin, assuring the College that they reject speech that “incites or celebrates violence and brutality” – and implicitly accusing Prof. Pessin of this type of discourse.

These statements only emboldened Prof. Pessin’s critics. Ms. Khandaker, who currently serves as Connecticut College’s Student Chair of Diversity and Equity, has had her own problem with imprudent Facebook posts. After some took issue with her defense of Turkey’s Prime Minister Erdogan’s comparison of Israel with Hitler, she posted “Everything is anti-semitic to people (obscenity). It’s (obscenity) me off.” Yet her own checkered Facebook past didn’t hold her back from continuing to berate Prof. Pessin’s by-now-removed comments. On March 3, 2015, Ms. Khandaker wrote a piece for The College Voice accusing Pessin of “dangerous hate speech” and Connecticut College of “institutional racism” for continuing to employ him.

With this implicit attack on his tenure at the College, Prof. Pessin consulted with College authorities, and followed their advice to pen a further apology for the school newspaper. In it, he begged for forgiveness for his original Facebook post, praising the “integrity” of those students who’d complained, and promised to be more careful with his speech in the future. Rather than ending the controversy, this only seemed to fan its flames. He later tried again, clarifying his position: “I am not dehumanizing anyone, not even members of Hamas….I accord members of Hamas the same humanization respect I accord anyone else. In fact it’s because I do that I hold them morally unaccountable for their actions.”

These apologies failed to stem increasing calls for the College itself to repudiate Prof. Pessin. In March 2015, the college newspaper’s Editor in Chief, Ayla Zuraw-Friedland, launched a petition, demanding the university leadership “acknowledge” and “remedy” the alleged racism that took place. “We believe that the President’s call for ‘greater understanding on both sides’ colludes with racism,” the petition reads, and demands that the College unambiguously censure Prof. Pessin. The petition garnered 119 signatures within its first 24 hours; it currently has over 500.

In recent weeks, the debate has taken on even more surreal tones. Connecticut College has twice cancelled classes to address this issue. On April 1, 2015, the College cancelled all classes so that students could attend a mandatory session condemning racism. At this event, the controversy over Prof. Pessin’s Facebook post was linked with a separate, unrelated, incident in which an anti-black epithet was found scrawled on a bathroom wall. Connecting the slanders against Prof. Pessin with the bathroom scrawl, College President Katherine Bergerson told the 1,300 College students present that both incidents “show without a doubt the kind of harm that can be done by language that is bigoted and hateful and what kind of harm they can have in a community”.

In the increasingly frenzied atmosphere at Connecticut College, Interim Deans of Equity and Inclusion Sunil Bhatia, David Canton, and Sandy Grande in April 2015 unveiled two events planned to address the “controversy” over Prof. Pessin’s alleged racism. Both have a markedly anti-Israel tone: on Tuesday, April 14 the College will host Fida Qishta, who created a documentary film called “Where should the Birds Fly: A Film on the Lives of Palestinians Living in Gaza”; and on Thursday, April 16, the College is hosting “A dialogue on Palestine: History, Context, People” with Sa’ed Adel Atshan of Brown University and Eva Spangler of Boston College. The choice of speakers itself is troubling, particularly at events ostensibly aimed to help “heal” a campus fractured by racism. Fida Qishta has gone on the record supporting “armed struggle” against Israel; both Eve Spangler and Sa’ed Adel Atshan support the Boycott, Divestment and Sanction movement against Israel; and Spangler has compared Israel to Nazi Germany. (The Interim Deans have said that two events focusing on Israel will also be held, but these have not yet been planned.)

Prof. Pessin says he thinks, as the only pro-Israel voice on faculty, that that the attacks on him have been calculated to destroy his credibility and reputation. “In my opinion, it certainly feels like to me as an absolute, deliberate set up. It feels like an orchestrated campaign.”

As the charges against him continue to spiral out of control, Prof. Pessin says that he and his family have received “vicious threats and hate mail from around the world”. His accusers remain undaunted, but the stress and fear have taken their toll: Prof. Pessin recently took medical leave, and won’t be teaching for the remainder of the 2014-5 academic year.

Prof. Pessin and his supporters have launched a petition of their own to try and clear his name. The petition criticizes those who’ve attacked Prof. Pessin for deliberately twisting the words in a single Facebook post to falsely portray him as racist and dangerous, attack his character, and destroy his career. Click here to add your name to support Prof. Pessin, and take a stand against the relentless and unfounded attacks on his reputation.

UPDATE: The administration has not responded, and a second petition has been launched to continue supporting Andrew. Click here to add your name.