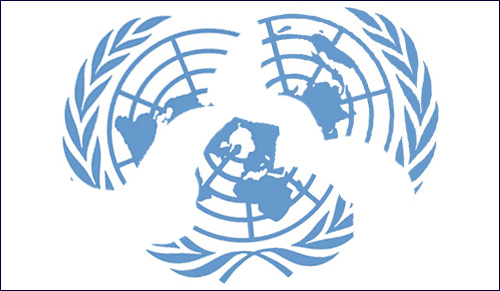 Being an anti-Israel mouthpiece is the one thing the UN is good at.

The United Nations, founded in 1945 with the goal of restoring peace, fairness, and justice to a shattered post-war world, has utterly failed to solve the Israeli-Palestinian conflict due to its pervasive anti-Israel bias. This bias pervades almost every facet of the UN and has destroyed its credibility as an impartial mediator.

Israel is the Middle East’s only democracy and shows much greater respect for human rights and due process than its neighbors, yet Israel is singled out time and time again by the U.N. for criticism, including by those who are themselves serious human rights abusers. And the bias extends beyond resolutions passed in the General Assembly; it also includes anti-Israel sentiment in the Human Rights Council and even the seemingly innocuous UNESCO which is tasked with designating World Heritage Sites.

How did the UN fall so woefully short of its goals and end up being nothing more than an anti-Israel mouthpiece?

The story of the U.N.’s involvement in the conflict starts with the Partition Plan of 1947. Though it was famously rejected by the Arab League, it nonetheless set the stage for the UN’s official recognition of Israel in 1949. For the next few decades, the UN’s treatment of Israel continued to be relatively fair and impartial, despite its deplorable silence on the refugee crisis of Jews expelled from Muslim lands. The U.N.’s most pro-Israel resolutions after Israel’s creation were arguably numbers 242 and 338, written in 1967 and 1973 respectively, which allowed Israel to keep some of the territory captured in its wars.

The charge that Zionism = racism was later repeated at the UN’s three Durban Conferences on Racism.

Soon after these resolutions the tide began to turn against Israel at the UN. The anti-Israel cabal of the Non-Aligned Movement, made up mostly of dictatorships, made its first big move in 1975 with the passing of the infamous and shameful Resolution 3379 which singled out Zionism as a form of racism. Though it was later revoked in 1991 under intense pressure from the first Bush administration, the fallout from it did irreparable harm to the UN’s credibility. Furthermore, the charge that Zionism = racism was later repeated at the UN’s three Durban Conferences on Racism.

The UN began to obsess over the Israeli-Palestinian conflict, taking such actions as establishing the “Committee on the Inalienable Rights of the Palestinian People,” declaring an “International Day of Solidarity with the Palestinian People,” and issuing resolution after resolution condemning Israel for defending its own citizens. Meanwhile, the Egypt-Israel Peace Treaty of 1979 came about without the UN’s help, the UN-sponsored peace talks in Geneva having failed to produce any results. Likewise, the Oslo Peace Accords of 1993 and Israel-Jordan Peace Treaty of 1994 were both passed without the UN’s involvement.

After the passage of the Olso Accords there was a significant lull in the number of anti-Israel resolutions passed. For once, a UN call for peace in the Middle East issued in 1993 did not criticize Israel. The U.N. condemned terrorism against Israel for the first time and the Human Rights Commission officially listed anti-Semitism as a form of racism (better late than never!)

After the Second Intifada, the UN’s anti-Israel bias returned and became even more intense and vitriolic. The UN has either ignored, understated or even tacitly approved the violent actions of Hamas, Hezbollah, and other terrorist organizations. Sounding no different from Hamas propaganda, a 2002 resolution passed by the UN Commission on Human Rights (now the Human Rights Council) went so far as to declare that the Palestinians have a “legitimate right” to “resist the Israeli occupation in order to free its land and be able to exercise its right of self-determination.” Of course, there was no mention of Israel’s right to defend itself from terrorist attacks.

The West Bank security fence, a lifesaving measure that has virtually stopped all West Bank-based terrorism, was declared “illegal” while no such condemnation, much less prolonged discussion, has been leveled against, for example, Morocco’s Wall with Western Sahara which illegally protrudes into the sovereign territory of neighboring Mauritania and has violated human rights.

Another shameful chapter in the UN’s long history of anti-Israel bias is that of the critically flawed Goldstone Report, issued in 2009 in response to Israel’s Operation Cast Lead in Gaza. The report claimed that Israel deliberately targeted civilians while Hamas did not. Two years later, Judge Goldstone retracted both those claims. Despite the report’s glaring errors, omissions, and distortions, the UN and most of its member states unhesitatingly endorsed it as an accurate account.

As we see with the recent Gaza conflict, the UN is still as biased as ever against Israel. The Human Rights Council recently passed Resolution S-21 creating a commission to report on human rights violations in the war. With barely a mention of Hamas’ indiscriminate rocket attacks, the resolution automatically assumes that Israel is the guilty party and thus, like the Goldstone Report, relinquishes all pretense of credibility.

National representatives at the UN have made outright anti-Semitic statements that have gone unchallenged or have even been endorsed by UN officials.

The Syrian Ambassador repeated the medieval blood libel of Jews killing Christian children to use their blood for matzah.

For example, in 1991 the Syrian Ambassador repeated the medieval blood libel of Jews killing Christian children to use their blood for matzah. This repulsive lie was only challenged months later after U.S. pressure. In 2005, Jean Ziegler, the UN Special Rapporteur on the Right to Food labeled the Gaza Strip as an “immense concentration camp.” Despite a U.N. spokesman’s rejection of Ziegler’s statement, the U.N. took no punitive action against Ziegler. In 2008, the former president of the General Assembly, Miguel d’Escoto Brockmann, openly embraced former President Mahmoud Ahmadinejad of Iran right after the latter made a brazenly anti-Israel and anti-Semitic speech. Brockmann also equated Israeli policies with apartheid and called for an international boycott of Israel.

In 2003 for the first time a resolution outright condemning anti-Semitism was proposed in the General Assembly, but the sponsor of the bill, Ireland, was forced to withdraw it due to lack of support.

Finally, the UN’s acceptance of “Palestine” as a member of the General Assembly in 2012 not only did absolutely nothing to further the peace process, but now has the effect of lending Hamas legitimacy on account of the Hamas-Palestinian Authority merger earlier this year.

To say that the UN is in need of reform is an understatement. It is a broken system where anti-Israel bias is the norm and where discussion of the Israeli-Palestinian conflict takes precedence over such pressing issues as Darfur, Congo, or Syria. While it’s tempting to dismiss the UN wholesale, we should keep in mind the UN’s many positive achievements in the areas of education, peacekeeping, and humanitarian aid.

Take, for example, the UN’s numerous conferences on combating anti-Semitism including the one in 2004 where former Secretary-General Kofi Annan acknowledged the UN’s shortcomings such as the 1975 Zionism = racism proclamation. In 2005, the General Assembly set January 25th as International Holocaust Memorial Day and in 2007 explicitly condemned Holocaust denial. The UN maintains a wealth of free educational materials on the Holocaust that have been translated into all the official UN languages.

It’s up to us to demand change both from the UN itself and from the U.S. government which is the single largest contributor to the UN budget. Once the international community stops making Israel the permanent enemy, only then can real progress can be made.

50 Violinists from 50 States, One Big Thank You

Islamic Terror: What Muslim Americans Can Do

Putin has Zombified My Good Friends Back in Russia
Deep Breaths
What Happened to the Truth?
The Japanese Everything Bagel Spice Recipe
Comments
MOST POPULAR IN Current Issues
Our privacy policy