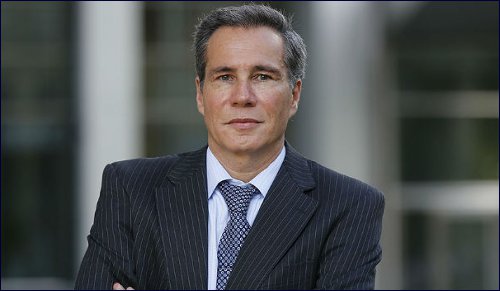 Friends and family of the slain Argentine prosecutor believe there will be no justice for the bombing victims, nor for him.

Marianela Kreiman was 23 years old when her mother, Julia Susana Wolynski de Kreiman, set out to begin another day of work at the AMIA Jewish community center building, and never returned. She was killed in the 1994 bombing along with 84 others. As Kreiman says with emotion, this was not just any building; it was the soul of the lively Jewish community. "A friend of my sister's told us that there had been an explosion in the building. We went there and found my father, but we did not know what had happened to mother. For the first four days, we still hoped that we would find her, but they found her body on the seventh day," Kreiman recalls from her home in Raanana. She moved to Israel with her husband and two daughters six years ago, mainly to be close to her maternal grandparents.

She was left speechless when the death of Argentine federal prosecutor Alberto Nisman, who had been investigating the terror attack in which her mother had been killed, was reported this week. "This is a terrible day, as if I had gone 20 years back in time, to the exact moment when the explosion killed my mother," she said.

Alberto Nisman, 51, of Jewish descent, was found shot in the head several hours before he was supposed to testify before the Argentine parliament. He had planned to present evidence proving that Argentine President Cristina Fernandez de Kirchner had covered up for and protected terrorists from Iran and Hezbollah operatives who were responsible for the terror attack in exchange for oil contracts with Iran.

Nisman courageously conducted a ten-year investigation during which he was threatened and pressured, and finally accused Fernandez and her close associates of having chosen an oil contract with Iran over justice in their own country. 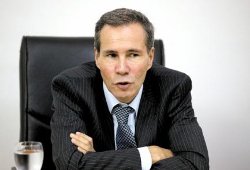 "The authorities claim that he committed suicide, but I do not think so," Kreiman says. "Nisman was firm and determined to reveal the truth."

She sadly admits that the events of her life have taught her that "terrorism knows exactly where it can strike without being punished. It makes me very sad to say that, but I think that the investigation will go on for many years."

A dragged-out years-long investigation is exactly what prosecutor Alberto Nisman never wanted. He became a symbol in Argentina last week as thousands of people stood in the streets carrying signs reading "Yo soy Alberto Nisman" ("I am Alberto Nisman"). Most Argentines and a large portion of the media there suspect that Nisman did not commit suicide, but that he was eliminated so that those responsible for the terror attack could go on as before and the invisible hand protecting them would not be held responsible. For many Argentine Jews, Nisman's death is "the third bomb" after the bombings of the Israeli embassy in 1992 and of the Jewish community center building in Buenos Aires in 1994.

Nisman had intended to make accusations again high-ranking government officials in the report, which was described as a political and legal bombshell.

Many questions surround Nisman's death. If he truly wished to kill himself, why was a shopping list for the following morning found in his apartment? Why did he work on the investigation until very late at night if he was planning to kill himself a few hours later? Vivian Fein, the prosecutor investigating his death, announced that no gunshot residue had been found on his hands. Authorities now say that he was shot at a range of 15 centimeters, and Argentine leader Cristina Fernandez de Kirchner has retracted her initial statement claiming he committed suicide, and says she is now convinced he was murdered.

"There is a covenant with the terrorists," Nisman noted in the 300-page report against Fernandez that he intended to submit to lawmakers. He had intended to make accusations again high-ranking government officials in the report, which was described as a political and legal bombshell.

Paula Ofek can still hardly believe it. For her, Nisman was not only a courageous prosecutor, but also a second cousin. "I was in shock when I heard that he was dead. People in the family had been saying for several years that there were threats against Alberto, and his mother always said that she was afraid something would happen to him. I thought that she exaggerated a bit sometimes because it was inconceivable that a public prosecutor would be in danger in today's Argentina. Unfortunately, I was wrong," she tells me.

Ofek, who was born in Buenos Aires 44 years ago, came to Israel in 1989. Three years later, a bomb destroyed the Israeli embassy in Buenos Aires, and the bomb in 1994 painted the Jewish community building in blood and left a whole country in shock. "I was a student at the Hebrew University then," she says. "I remember the many conversations with friends and family in Buenos Aires. It was a complete shock. Do not forget that the building was a central place for the whole community."

Leon Amiras, an Israeli-Argentine attorney and a representative of the Latin American community, shares Ofek's feelings. He remembers Nisman's last visit to Israel. "Alberto came here a few years ago to talk about the investigation," Amiras says. "We knew that he was being threatened, so I asked him whether he was afraid. He looked at me and said firmly: 'No.'"

"We demand a transparent investigation of his death and that the prosecutor's office continue the investigation of the terror attack so that the murderers can be brought to justice, since we all know who they are," says Amiras, who is severely critical of the president and especially of Foreign Minister Hector Marcos Timerman, who is Jewish. Amiras claims that Nisman's death throws heavy doubt on the possibility that the Argentine court will ever prosecute the seven high-ranking Iranians who are accused of having planned and organized the attack on the Jewish community center building.

Gustavo Perednik, an Argentine-born Israeli philosopher, writer and educator, also has his doubts about how effective the investigation will be with Nisman gone. For now, though, he is concentrating on mourning for him, since the two were close friends.

Perednik recalls that Nisman lived a complicated life. "Alberto was always being threatened by Iranian or pro-Iranian elements, so his murder does not surprise me," he says. Like many people, Perednik also accuses the government of covering up Iran's part in the terror attack at the Jewish community building.

Perednik and Nisman met early in the investigation. "It does not sound logical to me that he would commit suicide after so many years of investigation and pressure, and the day before he was supposed to give the crucial testimony that he wanted so much to give. Please, think logically."

Perednik wrote a book in 2009 entitled "Matar sin que se note" ("To Kill without a Trace"), about the investigation of the terror attack in Buenos Aires. "I had five possible titles for the book before it was published," he says. "Alberto liked one of them in particular – 'The Murder of Alberto Nisman.' The publisher did not use that title in the end because it was too strong for him."

It seems that in the end, reality was stronger.

X Troop: The Top-Secret Jewish Commandos of WWII
The Promise Of The Land
Which Chat Are You On?: Parshas Behar/Lag Ba’Omer
Do You Like Slow-Cooked Food? Thank the Jews
Comments
MOST POPULAR IN Jewish Society
Our privacy policy