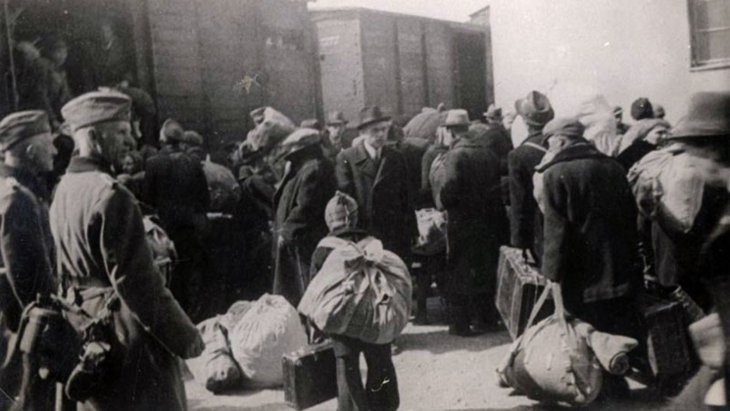 Are Sephardic and Mideastern Holocaust victims being forgotten?

The Holocaust – one of the greatest tragedies in Jewish history – has understandably become an Ashkenazic symbol. But by defining the Holocaust as an “Ashkenazic tragedy”, do we risk forgetting the Sephardic and Middle Eastern victims, or the encompassing definition of antisemitism?

While the destruction of Ashkenazic Jewry dwarfed the Holocaust’s impact on Sephardim, some traditionally-Sephardic populations – such as Salonika, Yugoslavia, Rhodes, and the former Habsburg Islands – shared the same fate of their Ashkenazic brethren.

The community of Salonika in particular was almost completely wiped out. According to the Sephardicstudies.org, 86% of the Sephardic Jewish community in Salonika was killed. There were approximately 10,000 survivors from what was once thriving community of 80,000 Jews. 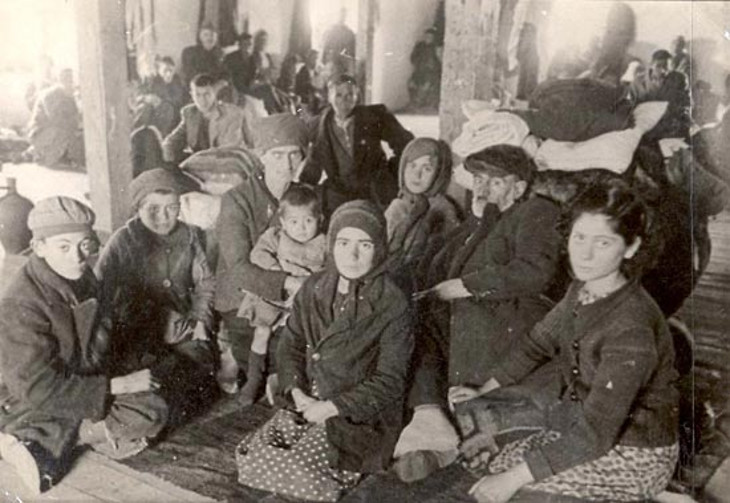 Skopje, Yugoslavia, Jews rounded up prior to their deportation
in the Monopol tobacco depot, March 1943. Yad Vashem archive

Stephanie Shosh Rotem, author of the essay Holocaust Museums as Civic Spaces, notes that Salonika wasn’t included in the collective memory of the Holocaust. To this day, says the author, the story of the Salonikan tragedy is not a part of the main exhibition at the Yad Vashem but displayed outside the museum halls.

On a similar note, Isaac Jack Levy compiled the anthology And the World Stood Silent. The poignant book commemorates the nearly 200,000 Sephardic victims of the Holocaust. On its jacket cover, he writes, “The Sephardic victims of the Holocaust were, indeed, forgotten at the gates of the camps. Their tragedy at the hands of the Nazis remained unknown...”

Henriette Asseo, a woman of Salonikan heritage, contributed to Levy’s work. In the anthology, she lamented:

My people do not exist
Banished from memory
at the gates of the camps.

While North African and Middle Eastern Jews were thankfully spared from the final solution, they weren’t immune to Hitler’s wrath. 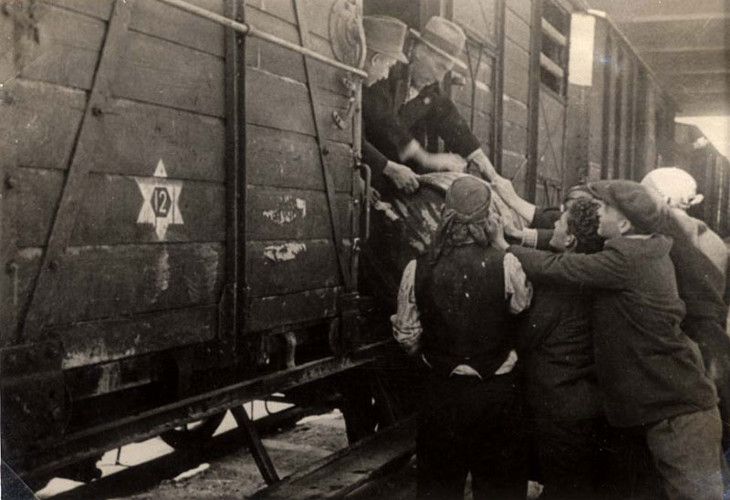 Deportation of the Jews of Macedonia, March 1943. Yad Vashem Archive

In the 1940’s, anti-Jewish laws were enacted and labor camps were established throughout Morocco, Algeria, Tunisia, and Libya. Thousands of North African Jews suffered in these labor camps.

In 1938 the Fascist Mussolini implemented anti-Jewish laws on Libyan Jews by marking Jews’ passports and restricting their freedom and cultural activities. Later, Mussolini sent close to 5,000 of his citizens to concentration camps where hundreds died of starvation and disease. Jews who weren’t Libyan citizens were even less fortunate. Hundreds of Jews with foreign citizenship were shipped out to concentration camps in Europe.

“The area was divided and each family was given 1 meter squared.... A long wooden plank with holes – was used for latrines... There was no running water, we were covered in lice. The majority of the camp inhabitants contracted illnesses, including typhoid.”

Algeria, Morocco, and Tunisia were colonies of the Vichy regime which fell to the Nazis in the 1940s. During that time, the Vichy-German controlled government established anti-Jewish laws on its approximately 415,000 Jewish inhabitants.

On November 23, 1942, the Germans arrested Moises Burgel, the president of the Tunis Jewish community, and several other prominent Jews, signaling the beginning of Nazi oppression under the Vichy regime. Tunisian Jews were required to wear the yellow Star of David, had their property confiscated and were sent to forced labor camps. Four thousand Jews were deported and forced into hard labor camps while foreign citizens and some of Tunisia’s Rabbis were deported to the European concentration camps. 2, 575 Jews died in Tunisia during the war. 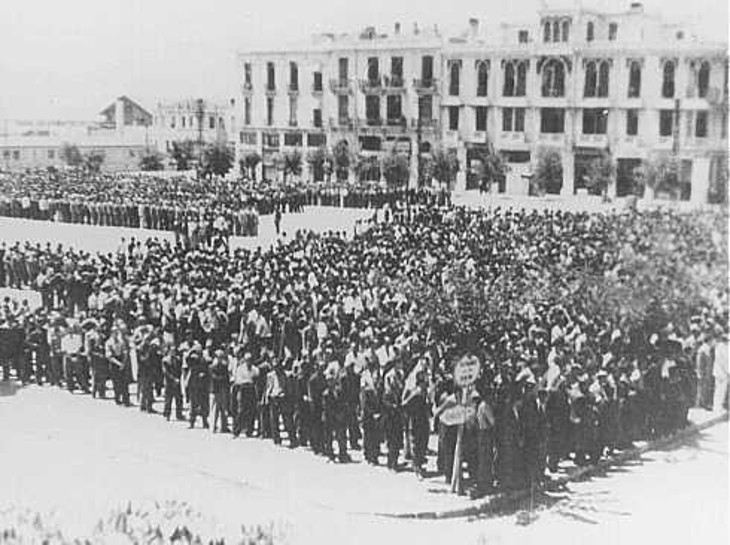 In Algeria, and to a certain extent in Morocco, Vichy law stripped Jewish citizens of their rights, confiscated their land, expelled Jewish children from schools, and sent some of the men to labor camps. According to Sephardic Gen resources, some were forced to relocate to ghettos and Jewish foreigners in Morocco were detained in “special concentration camps.”

According to SephardicGen.com, the Nazis didn’t intend to leave North African Jews alone. The Vichy-appointed High Commissioner Henri Dentz also planned to establish European-style concentration camps in North Africa. His efforts were stymied when the allies began to liberate North Africa in 1942.

Another tragedy largely overlooked in the history of the Holocaust is the Farhud, the Nazi-inspired pogrom in Iraq. Though Iraq was never under control of the Nazis, Iraqi Jews also suffered the ripple effects of Nazi hatred. 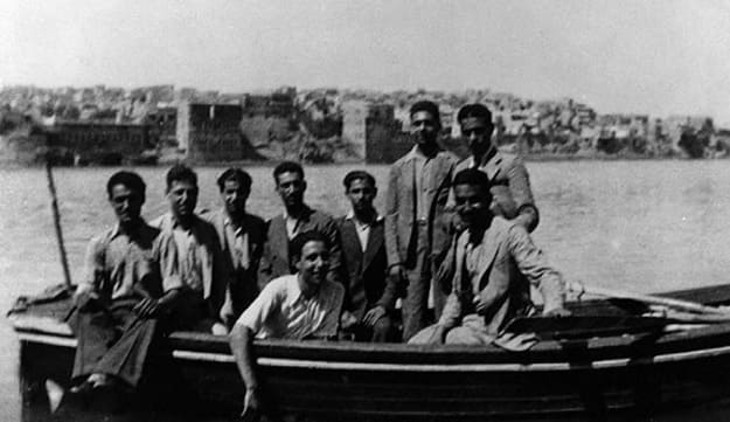 During the war, pro-Nazi propaganda was spread throughout the country and the book “Mein Kampf” was translated into Arabic for the public. In May 1941, on the festival of Shavuot, mobs swearing allegiance to the Mufti and Hitler went on a rampage through Iraqi cities and instituted a bloody pogrom. Approximately 180 Jews were killed, more than 2,000 were injured or maimed, 900 Jewish homes, and hundreds of Jewish shops were destroyed. Victims of the pogrom are not recognized as Holocaust survivors liable for compensation under Israeli law.

The Nazi threat to Israel

There were close to 450,000 Jews in the British Mandate of Palestine in 1939. Were the Nazis content with leaving them alone?

Evidence shows that in 1942 the Einsatzgruppe SS squad in Egypt was set up in the Athens and prepared to carry out a mass killing of Jews in the British Mandate of Palestine. Thank God, the Nazis' plans for the destruction were not carried out after their defeat by the allies at the Battle of El Alamein, Egypt.

The majority of the Jews killed in the war were Eastern Europeans of Ashkenazic descent. But let's also remember the Sephardic and North African victims who were killed because they were Jews.

May the memories of all Holocaust martyrs be a blessing.

The Holocaust of North Africa: https://www.sephardicgen.com/holocaust.HTM

The Remarkable Rosh Hashanah Rescue of Denmark’s Jews
Olivia Newton John’s Grandfather was a Nobel-Prize Winning Jewish Physicist
Don’t Believe in Other Gods Versus God is One
Seeing Without Eyes
Comments
MOST POPULAR IN Israel
Our privacy policy
Aish.com Is Looking for Great Writers