Standing Up for Israel in the Age of Social Media 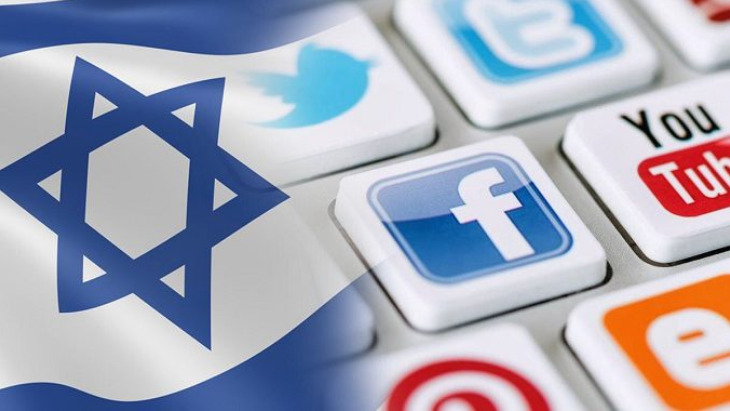 While the ceasefire hold, we all have to do our part to fight the pernicious lies against Israel on social media.

When hostilities between Israel, Hamas and local Arabs broke out two weeks ago, it conjured in me the usual mixed bag of emotions. Anger over the biased news coverage depicting Israel as a pariah state. Sadness at the loss of innocent life on both sides. And sheer incredulity at the response towards Israel, especially from my fellow Jews.

In a few short hours, my social media was flooded with serious accusations against the Jewish state such as #IsraelApartheidState, #IsraelColonialState and other lies too extreme to reiterate here. I counted 20 individual accounts posting indefensible lies about Israel in just 24 hrs, and that number continues to grow. At the time of this writing, I have identified only 3 instagram accounts out of the 500+ I follow taking a public, pro-Israel stance, while dozens have proudly publicized anti-Israel (and in some cases, overtly anti-Semitic) content. Where are the voices for Israel?

I have always employed a strict policy of separating politics from social media, and generally maintain a low profile on ‘the gram.’ This is partly due to my own shyness, but also out of fear of invoking the “woke mob.” Instead, I took a safer course of action: donating money to AIPAC, writing to my Senators to express support for Israel, and venting my grievances about the situation to anyone who would listen.

But as the days carried on, the voices spreading pernicious lies about Israel grew louder. Posts calling for “Free Palestine” rubbed shoulders with posts suggesting that the Jewish state does not have a right to exist, and even needs to be destroyed. In retrospect, it should have come as no surprise to me that many in my community expressed such vociferous support for a movement ostensibly bent on their own destruction. In a world in which news is delivered via sound bites on an Instagram story, morality is dictated by cheap virtue signaling, and Israel is demonized on university campuses across America, it is par for the course that Jews will eventually fall victim to this rhetoric.

So I decided to speak up.

I posted a photo to my Instagram story highlighting Israel’s right to defend itself. Then I added another post addressing biases in mainstream media reporting about the conflict. I made another post, and another one. I watched as the views on my story ticked up and waited for the “woke mob” to come after me. I prepared my “talking points”, and mulled over worst-case scenarios involving friends breaking ties with me over our differences of opinion.

But nobody did. Instead, I received about half a dozen messages of support from wallflowers like myself, people who (in their own words) felt the same way that I did but were too scared to speak up. “Great to see people standing up for Israel!” my messages read. “YES! Thank you for speaking my mind.” The support was encouraging but it highlights a serious issue – too often in our history have Jews been victimized while a silent majority stood by.

We Americans are fortunate to live in a country which upholds freedom of speech and respect for the democratic process as core virtues. Those who oppose Israel like to silence their opposition in three key ways: First, activists overwhelm their social media feeds with images of Palestinian suffering, mainly encompassing injured children and/or destroyed neighborhoods. Missing is the critical context which explains how such a situation manifested.

For example, by now it has been well documented that at least 17 Palestinian deaths were caused by Hamas rockets which fell short of their targets. But these critical pieces of intel are deliberately excluded from the public narrative. Images are carefully selected to portray a stark contrast in casualties and damage between Israel and Palestine, the former depicted as a privileged, first world country with minimal damage, while the latter is shown only in the context of horrific civilian casualties. Hamas is absent from the story.

Next, support for Palestine is cast as a moral imperative for anyone who dares to consider him or herself a decent person. In a bizarre bit of mental yoga, seemingly disparate issues and groups are linked together to create an army of pro-Palestine support. It is through this tactic that you get the idea people of color must show solidarity with Palestinians – most famously manifested in the alliance between the BLM movement and pro-Palestine groups.

Apart from being meritless in and of itself, this argument ignores the sizable population of Ethiopian Jews living in Israel and rich ethnic diversity of the Jewish people, encompassing African, Indian, and Middle Eastern heritages. It has also led to claims that “Palestinian rights are LGBTQ rights”, an exercise in cognitive dissonance which fails to recognize the fact that gay people are routinely condemned and persecuted under the current Palestinian regime. Through an Orwellian-style social mechanism not unlike those seen in modern dictatorships, well-intentioned people are made to believe that they are either “with or against” the current political tides (i.e. support for Palestine), and must broadcast their support to the other “party members.”

Critical context, complex history, and long-form discussion are being replaced by viral catchphrases and sensational images.

The third way in which Palestinian activists silence pro-Israel voices is through propagating a culture of militant opposition. Those who proudly stand up for Israel are viciously attacked on social media and showered with hateful (and all too often, antisemitic) slurs.

Fighting the War on Social Media

In this climate of intense vitriol, why would any rational personal choose to speak up? The answer is simple. Israel is being judged in the court of public opinion, and the outcome of this ‘trial’ has serious implications for the fate of the Jewish state. With each passing year, America continues to evolve demographically, politically, and ideologically, with increasing support for the Palestinian cause. It is not hard to picture a time in the near future when government representatives will view support for Israel as politically inconvenient – or even political suicide. We cannot stand by and allow Israel to be demonized on the public stage.

The war against Israel has moved – for better or for worse – into the frontier of social media, bringing with it new challenges. Critical context, complex history, and long-form discussion are being replaced by viral catchphrases and sensational images. Jews need to meet this challenge head on by bringing the fight for Israel into the social media domain and offering a strong, morally sound and emotionally poignant defense for the Jewish state.

This should not, in theory, be hard to do. The argument against Israel exists in a twisted web of lies, partial facts, and sinister bullying; it holds water only when people choose to be woefully ignorant or intellectually dishonest. The argument in support of Israel, however, is fact-based, historically sound, and morally defensible by any reasonable standard. The anti-Israel apparatus will continue to evolve and spin lies into palatable narratives. The onus is on us to counter these falsehoods loudly and proudly – even if that means standing up to friends and family.

Coronavirus: A Time for Kindness

Poland and the Jews
In the Shadow of David and Goliath
Where Do the Laws of Nature Come From?
Saadiah Gaon, Rashi and Maimonides: How Three Rabbis Revolutionized Judaism
Comments