On 16 Nissan, it was explained that the true fear of and reverence for God refers to the fear of doing anything that would estrange one from Him. Inasmuch as the commission of transgressions causes such estrangement, the fear of God thus refers to fear of sinning.

Since reverence for Torah scholars is derived from the verse referring to fear of God, it means that we should be afraid to behave in a manner that would alienate us from Torah scholars or them from us.

This is a commendable fear, because it fosters closeness to scholars. There is another type of fear that has the polar opposite effect, in that it leads to estrangement. This is the fear that because scholars are more learned or more spiritual, one feels so inferior that one withdraws from them. Or perhaps out of fear that scholars may reprimand one for one's dereliction, one may shrink from being close to them.

The Talmud states that a shy person does not make a good student, because he will be hesitant to assert himself to ask when he does not understand something. He may be afraid that asking will expose his ignorance.

Feelings of inferiority can cause people to be strangers to one another. Ironically, sometimes each person may withdraw from the other because each one considers himself inferior. A healthy self-esteem will enable one to be close to others, to be a good friend and a good student. 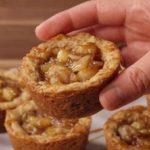 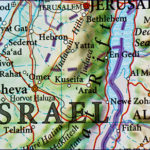 Can The Whole World Be Wrong?3 min read