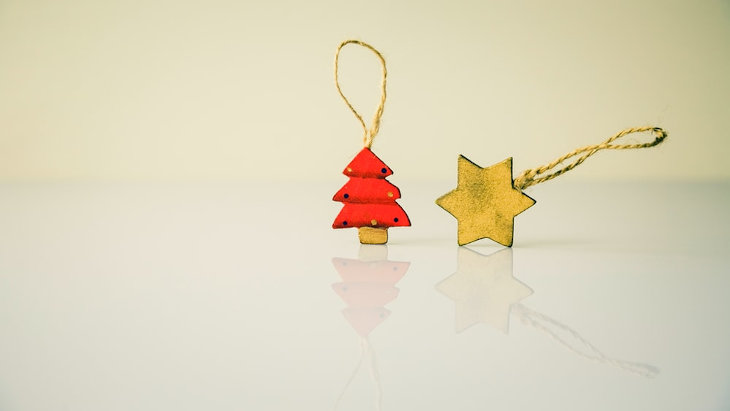 As a convert celebrating my first year of Jewish holidays, I can see that there's something in Judaism that is very much worth fighting for.

A few days ago, the New York Times published a piece by Sarah Prager titled “Saying Goodbye to Hanukkah,” in which the author, who does not consider herself to be Jewish, explained that she would not be passing along her father’s tradition of celebrating Hanukkah to her children. Prager, like so many other young Americans, considers herself part of the “none” category – people who don’t identify with any religion – and so letting go of Hanukkah in favor of a purely cosmopolitan view makes sense for her. Prager’s mother was not Jewish, so in the traditional sense, Prager is not Jewish; and, more importantly, she does not want to be Jewish.

Putting aside the question of whether it is appropriate to have the year’s New York Times' focal Hanukkah piece one written by a non-Jew who is letting go of Hanukkah, I suspect Prager is not the only person whose tentative Jewish identity comes into question around the holidays. Although Hanukkah is only a minor holiday, it is juxtaposed with Christmastime, which puts quite a bit of pressure on little old Hanukkah if it wants to keep up. American Jews, even those who are quite religious, string up blue lights and buy stacks of presents. There is a giant blow-up dreidel just down my street.

Whether or how much to assimilate is an age-old problem for Jews, one that is captured perfectly in the story of Hanukkah and continues on to this day. Pressure for Jews to assimilate is particularly powerful right now.

Although Judah Maccabee and his siblings didn’t use Twitter or read the New York Times, there are profound parallels between then and now. Perhaps if some Jews had merely assimilated into Hellenistic society and the Seleucids had left everyone else alone, things wouldn’t have reached a breaking point – but that’s never how it works. King Antiochus broke his promise to let the Jews continue practicing their customs, and instead captured Jerusalem and desecrated the Temple. Many Jews tried to ingratiate themselves into the new order, but Mattathias and his children, the most famous of whom is Judah the Maccabee, stood by the ways of their forefathers, staged a successful revolt, and rededicated the Temple. Only after the Maccabees rebuilt the altar was the miracle of the oil possible.

It’s hard not to see the desecration of the Temple using the blood of pigs and sacrifices to Zeus as a deliberate provocation to the Jews. It wasn’t sufficient to stop Jews from practicing; the pillars of their identity needed to be targeted in order to see who would object and who would simply lay down and take it.

I can’t help but see this as a parallel to the equally violating litmus test Western Jews are now held to today: Any good, progressive Jew, no matter how secular they may be, is expected to reject Zionism as a racist apartheid project in order to remain in good standing with secular society. Simply criticizing Israel for her faults isn’t enough. Who is willing to throw Israel – the first and only bastion of Jewish safety in living memory, the home to which so many fled when their families were murdered and they had nowhere else to go – under the bus? Which Jews, knowing that the majority of Israel’s Jews are not white and that a full twenty percent of its population is Arab, will stay quiet when they hear lies about Israel’s “white supremacy,” or the specious oppressor/victim narratives?

Those who have kept Judaism alive throughout history’s violent upheavals are the people who have valued it enough to fight for it.

Who is willing to stand up and speak out against their friends? Who can hold fast to their religious heritage in a world where tribal identity is built around politics? Who would rather keep quiet about Israel so they can continue being invited to dinner parties?

Even if you doubt the literal belief that the oil burned for eight nights, it’s worth asking why the story has survived for over two thousand years, when so many others have fallen to the wayside. One cannot help notice that there are no longer Roman, Greek, or Babylonian empires, and yet Judaism remains. It has staying power.

Those who have kept Judaism alive throughout history’s violent upheavals are the people who have valued it enough to fight for it. Maybe in 2020, the lesson of Hanukkah is to remember and honor those who recognized, at a crucial period in time, that Judaism is a purposeful, beautiful, lasting way of life, that it was under threat of being lost, and that it was – and is – worth fighting for. And perhaps for those Jews who disagree, it is also worth noting that in every anti-Jewish movement in history, the perpetrators, in the end, made no distinction between the “right” kind of Jews and the other kind.

As a convert celebrating my first year of Jewish holidays, I am proud to say hello to Hanukkah. I hope someday soon to join in the footsteps of generations of Jews, passing along traditions and holidays to my own children. I hope that Jews all over the world can treat each other with respect and honor each other’s ways of living, and that we can see that there is something in Judaism that is very much worth fighting for.

Elizabeth Emery is a writer and teacher based in Chicago. She has recently published educational pieces in Quillette and Heterodox Academy. You can follow her conversion experience at exodusblog.org , and she tweets @NewLizardBrain.