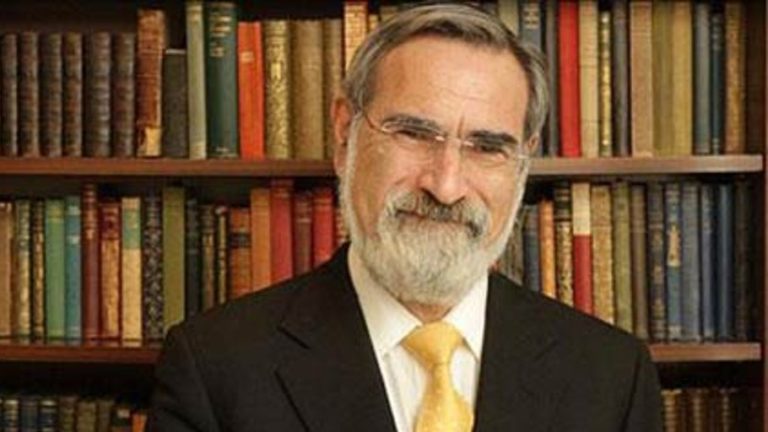 The Italian man who saved the rabbi from drowning had no idea that he was impacting world Jewry.

I recently watched a video featuring the former Chief Rabbi of England, Rabbi Jonathan Sacks. He told the story of his near-drowning in Italy on his honeymoon, of his rescue by an anonymous bystander, and of the resulting greater gratitude he has had every day ever since. When he wakes up to a new day, he appreciates this gift of life.

This is an important and beautiful lesson and there is nothing like a personal near-death situation to help it hit home. But I was actually thinking about something else as I watched and pondered the rabbi’s message.

The Talmud teaches us that if you save one life, you save an entire world. Little did that kind Italian civilian know what he was doing. Little did he understand the ramifications of his act. Although in our limited tangible world, his name is lost to us (I don’t believe Rabbi Sacks ever knew who he was or had a chance to thank him in the ensuing chaos), that Italian man had a massive impact on British Jewry and in fact, on international Jewry.

All the countless speeches that Rabbi Sacks has given, all the books he has written, all the Torah thoughts he has published can be credited to this quick-thinking Italian sun-bather.

He may not even remember the incident. It was a long time ago and I assume his day continued as normal. He was never feted, he was never applauded, he didn’t win any medals and he also doesn’t know the name of the one he saved.

But his act of kindness impacted an entire world. Wow! That really gives me pause. We engage in so many small acts every day, so many ordinary moments. Okay, rescuing someone from near drowning isn’t exactly ordinary! But we are called upon to do a lot of seemingly trivial acts of kindness for others, acts soon forgotten, some for people whose name we will never know or will quickly forget as the rest of life’s demands pull on us.

In Ethics of our Fathers we are admonished not to distinguish between minor and major mitzvot because we don’t really know how to judge or categorize them. This is really the Almighty’s department. What we think of as a big act of kindness may not have the intended impact while a small act may have an ongoing ripple effect.

If we save a fellow human being, either physically or spiritually, we save an entire world. We save all their descendants. We save their ability to affect this world. But we don’t really know how that will be manifest. Neither did this young Italian. But we, the Jewish people today, can see what a difference he made.

And when he arrives in the world of souls, he will get a royal welcome. He will have a reserved seat and will discover that what seemed like a minor act at the time was actually something that changed the world.

Following Our Own Path

Corona Home Attire
Scientific Curiosity and the Divine Encounter
Mind Over Milkshakes
Love the Convert
Comments
MOST POPULAR IN Family
Our privacy policy
Aish.com Is Looking for Great Writers