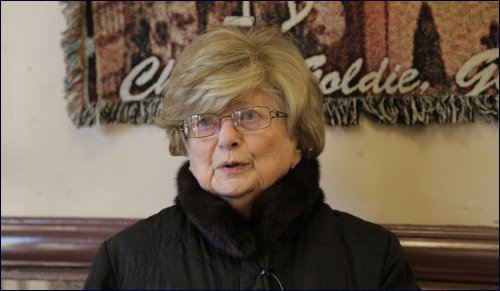 The Jewish world has lost a towering hero.

Holocaust survivor Pearl Benisch, who has died at 100 years-old, personified a greatness of spirit found among the most remarkable heroes of the 20th century.

Pearl's bestselling autobiography, To Vanquish the Dragon, ranked by Amazon among the top 300 Jewish books, is a stirring personal account of faith and survival against the odds which has informed a generation not only how to survive but how to live. Mrs. Benisch was a protégé of the famed Sarah Schenirer, who revolutionized women’s access to the deep intellectual well of Judaism.

We will soon celebrate Passover and read the famous line in the Haggadah. “In every generation a person is obligated to regard himself as if he had personally left Egypt.” 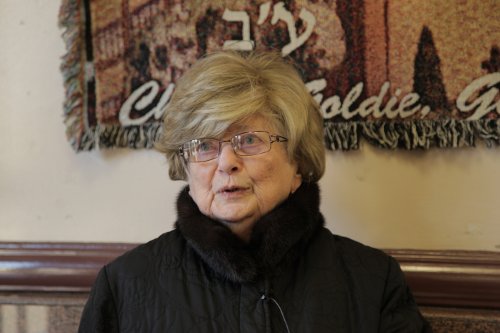 This is a powerful lesson in Holocaust education, in fact any education of history. We must remember the lessons from important events as if they happened yesterday, and then act upon those lessons as if we had been there ourselves. The idea isn’t merely to remember that our forefathers were once in Egypt, but to ensure the relevance and powerful lessons of historic experiences are never lost from us, our children and grandchildren.

Much of Seder Night is the story of the remarkable endurance of the Jewish people and the eternal quality of our national mission and destiny set in the crucible of the story of the Exodus. Similarly, the Holocaust needs to be transmitted to our children as more than a chapter of history. Rather it is a deep understanding of our national identity and commitment to life in the face of any adversary, the spread of good in the face of any evil and responsibility to the future despite our past persecution.

My close relationship with Pearl Benisch awakened within me a totally new appreciation of what Holocaust survivors can help us unlock. It led me to interview 100 survivors around the world on film and to start the educational organization JRoots. We have taken 10,000 young Jews to concentrations camps in Poland, embarking on journeys to discover the dormant Jewish fighting spirit within us all. JRoots also helped to republish Pearl’s book, read by thousands of people.

The last time I met Pearl Benish was a few weeks ago on her 100th birthday. Unlike many women who look disheartened in the mirror at their withering complexion, Pearl would leap. She celebrated each new wrinkle on her face as a symbol of old age she never dreamed she would achieve.

She is one of a unique group of heroes of the battlefield of life. Pearl is one of a quickly vanishing number of men and women who could have thrown down their values and run the other way. Instead, they stood firm and dreamed again. They rebuilt destroyed homes, gave birth to families and created entire communities.

Miraculously, Pearl Benish was a physical survivor, but even more she was a spiritual survivor who was willing to pay the ultimate sacrifice for her beliefs and who lived each day of her long life dedicated to her Jewish values and knowledge. She clung to her values in the face of the Nazis who obliterated her family and community in Krakow, while being driven her from the ghetto to Auschwitz, during a death march and in the hell of Bergen Belsen. She stayed true to her values in the free world where so many Jews walked away from Judaism. Pearl Benisch would not allow anything to defeat her spirit.

She was a small lady with a towering presence, a walking book of Jewish wisdom who was a force of positive teaching.

We can honor Pearl Benisch’s legacy by not only preserving her personal account but by delving into the values, beliefs and morals that she embodied, to embrace her spiritual legacy that gave her the courage and will to survive and thrive. As a Holocaust survivor, this is her enduring message for generations to come.

Rabbi Naftali Schiff is the Founder and CEO of Jewish Futures and former Chief Executive of Aish U.K.