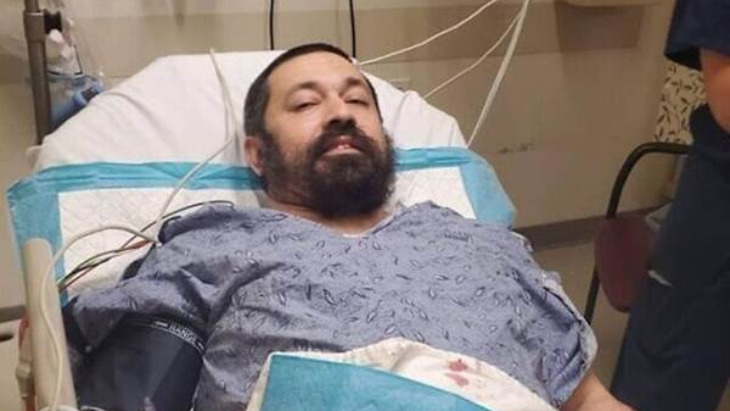 Rabbi Shlomo Noginski was stabbed outside a Jewish summer camp filled with children.

On Thursday, July 2, Rabbi Shlomo Noginski, a father of 12, fought off an armed anti-Semitic attacker who was approaching the Jewish summer camp in Boston where Rabbi Noginsky worked. Stabbed eight times, Rabbi Noginski says it's a miracle that he survived.

This shocking attack has received relatively little attention. It’s hard to imagine a life-threatening attack on another faith leader in front of a busy summer camp being so little noted.

“We have close to one hundred campers and around thirty-plus counselors, administrative and kitchen staff,” explained Mrs. Sara Rodkin, the co-director of Shaloh House, a neighborhood Jewish organization affiliated with the Chabad-Lubavitch community, in a recent conversation with Aish.com. Shaloh House provides Jewish services in Boston’s Brighton neighborhood and runs a school and a popular summer camp. At the time of the attack, the camp was filled with children as young as three years old.

Last Thursday, the campers had just finished lunch. Rabbi Shlomo Noginski, a Russian-born Israeli who spent much of his life in Israel, stepped outside to take a phone call. As he sat on a staircase outside of the building, a 24-year-old local resident named Khaled Awad approached Rabbi Noginski.

Awad has a long history of anti-Jewish behavior. Awad attacked his former Jewish roommate at the University of Southern Florida, where he studied chemical engineering. Another former roommate said Awad was antisemitic and showed a propensity for violence. “I wanted nothing to do with the guy... I was a little scared of him. I realized he was a very dark person.” 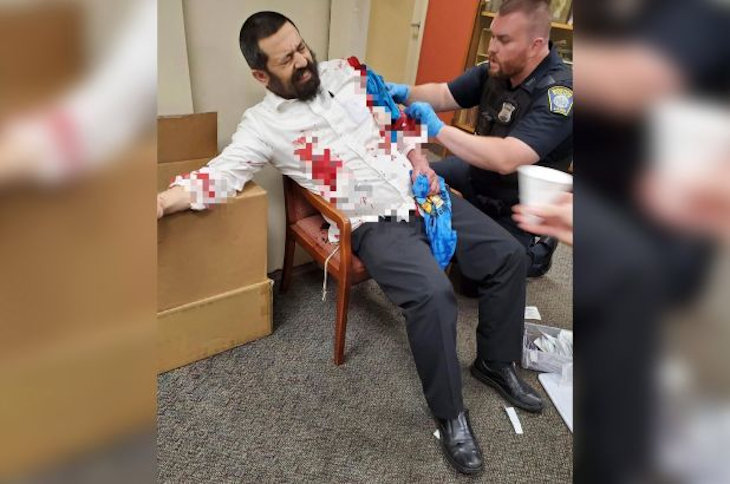 Awad approached Rabbi Noginski and brandished a gun. He demanded that Rabbi Noginski take him to his car. The rabbi led Awad to his car which was parked in Shaloh House’s parking lot nearby. Awad ordered Rabbi Noginski to get in the car and close the door. Realizing that this was no ordinary robbery and that he was in grave danger, Rabbi Noginski fought back, defending himself against the younger man.

Rabbi Noginski ran to the park across the street from the school and screamed. Awad dropped his gun and ran after the rabbi with a knife and stabbed him eight times.

“He didn’t come for a robbery, he came to kill,” Rabbi Noginski later explained. "Unequivocally, it was an antisemitic incident.” Rabbi Noginski noted that Awad seemed to be trying to aim for his heart, stabbing him repeatedly in the upper torso area.

Terrified Children Inside the Building

“My son Dov Ber was inside the building,” recalled Dr. Daniel Aldrich, in an Aish.com interview. Dov Ber, 11, was playing chess after eating lunch. When Rabbi Noginski was attacked, the entire building went into lockdown. “Counsellors rushed all the kids into the gym,” he describes. “The children thought Rabbi Noginski had been killed,” Dr. Aldrich explains.

Within minutes of the assault, Dr. Aldrich got a text message that an attack was unfolding and ran to the school. A professor of Political Science, Public Policy and Urban Affairs at Northeastern University in Boston, and the Director of their Security and Resilience Studies Program, urban terror attacks are something that Dr. Aldrich researches and teaches about. Now it was happening in his own neighborhood, and his own precious child was a target.

When he reached Shaloh House, he saw that the area was already filled with police officers and even some reporters. “I tried to get inside,” he recalls. “The police told me no children were hurt.” Relief flooded through him that the children, at least, were safe.

Thursday's attack wasn’t the first time Rabbi Noginski was attacked because he was Jewish. When he was ten years old in Russia, some local boys beat him up very badly. After that, Rabbi Noginski’s mother insisted he take classes in self defense. Eventually, Rabbi Noginski became a black belt in Judo.

DA Rollins attended a large vigil the day after the stabbing, where she addressed the sizable crowd. “It’s important that we recognize with respect to the Jewish community that not only globally, but locally, they are being terrorized and hate crime is on the rise,” she explained.

Yet the viciousness of the attack on Rabbi Noginski shocked him. “You don’t expect a rabbi to be on the steps of his school and be attacked with a gun and a knife.” He notes that many people in the area believe the attack has many hallmarks of a hate crime.

A year and a half ago, the Noginskis and their twelve children moved to Boston so that Rabbi Noginski could teach at Shaloh House. “Almost every day he was teaching Torah,” Mrs. Rodkin explains. “He’s a very special person who’s always ready to help.”

Even though he’s a black belt in Judo, Rabbi Noginski insists that his martial arts training wasn’t what saved him. He credits his trust in God.

By Shabbat, July 3, just two days after the attack, Rabbi Noginski was already back home, though he’s still taking antibiotics and pain medication and has stitches. He managed to walk to synagogue on Saturday morning, with the help of his older children, where he addressed the congregation. “Every person in this world has a mission, and it was my mission in this moment to be there and to protect children,” he explained.

After the attack on his life, Rabbi Noginski had advice for his 12 children, who range in age from one to 20. Instead of being afraid to look obviously Jewish, they should to “continue our obvious Jewish pride.” He told them to keep wearing their kippahs and other signs of being Jewish. “We should be very proud that we are Jewish and not be scared…The best way to push away darkness is by increasing the light through engaging in Jewish actions.”

Rabbi Chananel Weiner notes that the most effective Jewish answer to those who would harm us is to double down on our Judaism, reminding ourselves to be the “best possible, proudest Jews we can possibly be.”

Anti-Semitism on University of California’s Campuses

Why the Jews? Exploring the Unique Meaning of the World's Longest Hatred

Do Jews Cause Antisemitism?
Bechukotai 5782: Divine Retribution
Behar 5782: Working to Live or Living to Work?
The Wholeness of Being Broken
Comments
MOST POPULAR IN Jewish Society
Our privacy policy