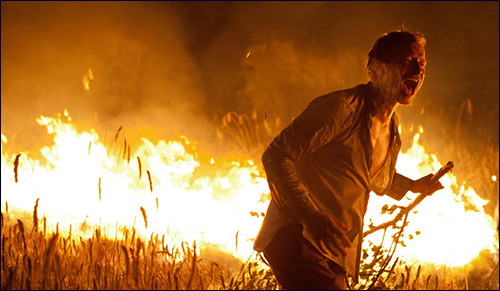 The horrors of the Holocaust demand of us more than mere remembrance or commemoration.

It is commendable that we have erected monuments for the six million and that we light candles in the memory of those who were so cruelly murdered. But lit candles do not enlighten us nor do they assist us to understand the events of the past in a manner that will help us to prevent a reoccurrence.

More than memorials, what will in the long run prove far more significant is the kind of work based on serious research that permits us insight into the truths – often hidden or buried from public view – that made the Holocaust possible. To reveal them is to pay the victims the greatest tribute of all by making their fate an impossibility for the future.

And that, I believe, is what makes three groundbreaking works of the past few weeks so very important.

The first is a new book, Hunt for the Jews: Betrayal and Murder in German-Occupied

Poland, published this October. Written by Polish historian Jan Grabowski, the son of a Holocaust survivor, a graduate of Warsaw University and currently a history professor at University of Ottawa, it records the massacres of Jews by their neighbors in his native Poland, until now a little-told chapter of Holocaust history.

Grabowski has suffered death threats but insists he will not give up his struggle to expose the truth.

Boycotted in the Canadian Polish community where he lives today, and no longer welcome in his homeland, Grabowski has suffered death threats but insists he will not give up his struggle to expose the truth.

“The purpose of my research was to discover the condition of the Jews who managed to avoid being sent to death camps and chose to live in hiding. My research brought me to the level of individual cases of people who chose to hide. I tried to understand how only very few of those Jews who decided to hide were able to stay alive until 1945,” says Grabowski.

Grabowski interviewed Holocaust survivors and local residents, primarily in Poland, Israel and Germany. In addition, he studied previously unpublished results of dozens of trials of Polish residents tried by the Communist regime for taking part in the killing of their Jewish neighbors.

To his dismay, Grabowski has found many Poles are still not ready to face the past and the fact that many of their ancestors took an active part in the extermination of the Jews.

The same theme is the message of the movie Pokłosie (Aftermath), which hit the screens in Poland last November and will open this week in the US. Based on Princeton professor Jan Gross’s explosive 2001 work Neighbors, it examines the massacre of Jews from Jedwabne village in Nazi-occupied Poland and reveals that it was the Poles, not the Nazis, who were to blame.

“One day, in July 1941, half of the population of a small east European town murdered the other half – some 1,600 men, women and children."

“One day, in July 1941, half of the population of a small east European town murdered the other half – some 1,600 men, women and children." This is how historian Jan Gross summarized the massacre that occurred in Jedwabne, in northeastern Poland. Gross described the atrocities in almost unbearable detail: Men and women were hacked to death with knives, iron hooks, and axes. Small children were thrown with pitchforks onto a bonfire. A woman's decapitated head was kicked like a football. Local townsmen-turned-hooligans grabbed clubs studded with nails and other weapons and chased the Jews into the street. Many tried to escape through the surrounding fields, but only seven succeeded. The thugs fatally shot many Jews after forcing them to dig mass graves. They shoved the remaining hundreds of Jews into a barn, doused it with kerosene and set it ablaze. Some on the outside played musical instruments to drown out the victims' cries.

Till now historians blamed the massacre on the Nazis. Gross argues that “a virulent Polish anti-Semitism was liberated by German occupation.” Neighbors sets the record straight as to the identity of the criminals. As Publishers Weekly puts it, “In doing so, Gross has ensured that future histories of the Holocaust, particularly in Poland, will be more honest, because future historians will be answerable to his argument that the evil of the Nazis was not only forced on the Poles. In places such as Jedwabne, it was welcomed by them.”

The new film, Aftermath, brings that message forcefully to the screen. And like Grabowski, the film’s star Maciej Stuhr has already received death threats, and in several online forums there were comments such as “You are not a Pole anymore, you have become a Jew.”

Finally, there is one more addition to most recent Holocaust literature that deserves to be mentioned for its groundbreaking information. Published in October of this year as well, Hitler’s Furies is the exquisitely researched new work by Wendy Lower, already a finalist for the National Book Award.

Lower forces us to knowledge that historians have till now ignored the role of German women in the story of Nazi genocide and Hitler’s plan for the “final solution.” Her book is a deeply disturbing chronicle of women’s participation in the Holocaust, not only as “desk murderers” — secretaries and administrators whose weapon was not a Luger or a gas chamber but a typewriter — but also, as Lower reveals in chilling detail, capable of the same savagery as their male counterparts. This she takes pains to emphasize is a fact often overlooked by Holocaust scholars and historians, a shocking truth whose evidence has been hidden for more than 70 years. “Genocide,” as Lower puts it, “can be women’s business as well.”

It is now more than half a century after the Holocaust. Living witnesses will soon no longer be available to us. All we will be left with is their records, their testimonies, and their stories. Our mission is to make sense of them in a way that will help insure that the insanity of that time never again stain the history of civilization. Research that uncovers the truth needs to be valued as noble and necessary efforts towards that goal.

The Road to Neunburg
Why My Iranian Mother Didn’t Want Me to Become a Religious Fanatic
The Jewish History of Prague
Why the Sexual Revolution was Bad for Women
Comments
MOST POPULAR IN Holocaust Studies
Our privacy policy
Aish.com Is Looking for Great Writers