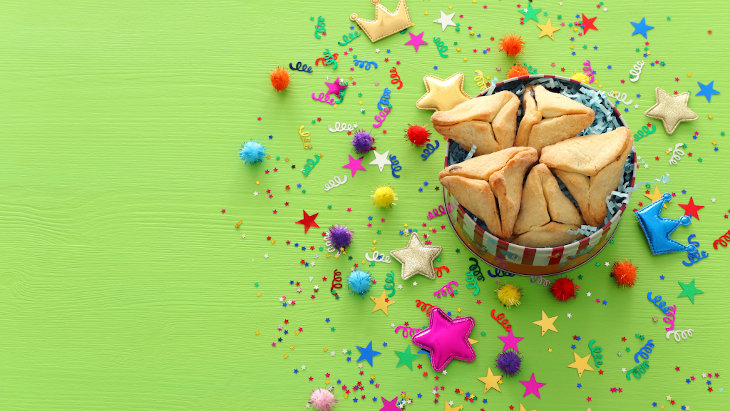 A Purim feast that combines classic and modern.