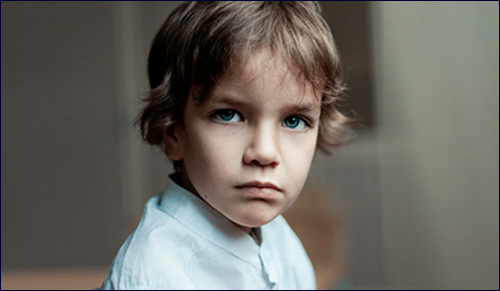 She doesn’t want to get married until her child is ready. Should I wait?

I am a 38-year-old European Jew. Last February I met a Jewish woman of my age, who lives in another city; she is divorced and has a 9-year-old son. When we met, I was applying for aliyah to Israel but we fell in love (or at least I did), so I decided to put that on hold.

After three months bliss, she started to postpone the decision to introduce me to her family. Later, she decided she didn't love me and broke up, only to come back after two weeks and finally say she was sure about us and she eventually introduced me to her son and her family. Everything seemed to work, and I felt like I was in heaven.

Her ex-husband is still jealous of her, although they separated seven years ago and she has a get (Jewish divorce papers). He told their son bad things about me. Nonetheless, the situation didn't look bad, and this summer she told me that in a few months, we would decide on a wedding date.

But recently, her son asked her to go and stay with his father for a week, and then for another week. My fiancée started to panic, and I admit I didn't immediately realize how painful the situation was for her. She is now consulting a therapist to get advice and help. She says she understands that her son is having a normal reaction for his age, and she knows it will take a lot of time for him to come to terms with the new situation.

What worries me very much, though, is that until a few weeks ago, she was telling me how worried she was about her biological clock and how we should get married as soon as possible, but now she tells me that six months or a year delay will make no difference and that I should not press her to get married, until she feels okay about the situation with her son. Now she is telling me that a woman can easily have children even in her early 40s!

I love this woman and I am doing my best to make the relationship work. But I can't give up on having children. Is she right in not wanting us to move on, while we're helping her son? Couldn't we do both things at the same time? How can I help her cope with the situation? Should I wait for her, or break up right away?

Thank you for any help you may give me.

Based on our extensive experience in working with parents who want to remarry after divorce, it seems to us that the woman you have been dating has made a very wise decision. She needs to have a stable situation for herself and her son, both for their own well-being and for the well-being of her future relationship with you. She’s also made the right choice to work with a therapist to learn how to deal with a little boy who may be caught in the middle between her and a jealous father. And we also feel that she was right to request that the two of you delay wedding plans until her situation with her son improves.

Blending a family is a challenge, made even more difficult if a parent remarries before she or her child are “ready.”

When divorced or widowed men and women come to us for advice about dating and remarrying, we always advise them to make sure that they and their children have healed from the divorce and that the parent-child relationship is comfortable enough for the parent to bring another adult into the family. As it is, blending a family is a challenge, but it can be even more difficult if a parent remarries before she or her child are “ready.” Many times, a therapist can help this process along.

Even though the woman you’re dating hasn’t had her ex in her life for many years, she didn’t anticipate that her relationship with her son would take a turn for the worse once she became serious with you. It doesn’t matter if the stress that prompted this was her ex’s attempt to sabotage her becoming serious with you, or because it is difficult for her son to accept the fact that she’s involved with someone who isn’t his father. Her having to address this situation puts her in a similar situation as someone who’s only recently been divorced – she needs to strengthen her son and their relationship, even though it means that your wedding plans need to be put on hold for a while.

We know this is difficult for you for two reasons – you love her and want to move forward in your relationship, and you’re concerned about delaying starting your family. However, if you really want this woman in your life, the best thing you can do now is to accept the fact that what she’s doing now will ultimately help the two of you have a smoother transition to a blended family, and to genuinely support her efforts. Both of you can acknowledge to each other that you feel frustrated that you have to wait, but know this is the best thing for your future.

We can’t speak with certainty about how a delay of six months to a year will affect your ability to have a few children together. We do know that since she’s already had a child, she has a better chance of being able to become a mother again in her late 30s and her 40s. You can also consider that it’s more difficult to conceive under stress and that if you delay your wedding plans so that she can improve the situation with her son, this will be to your benefit.

Of course, if you’re impatient about the wait, you can decide to break up and move on. However, if you feel that this woman is right for you, treat this period of time as an opportunity to strengthen your emotional connection with her and to slowly build a relationship with her son.

We also suggest that the two of you work with a family therapist to advise you the best way to do this. In fact, we recommend that any time a man and woman plan to blend a family, they work with a family therapist who can help guide them through the process. This is especially important because you haven’t been a parent before, and you can’t slowly grow into your role the way the parent of a new baby does.

We know that waiting longer will be a challenge for both of you, but if you are able to change your mindset about this and appreciate how much it will benefit the woman you are dating and your future family life together, the wait will be easier.

We wish you all the best,

Dating Maze #341: Getting Over the Hurdle

Dating Advice #11 - How Deep Is Your Love

Dating Maze #258 - Almost the One
The Promise Of The Land
Which Chat Are You On?: Parshas Behar/Lag Ba’Omer
Do You Like Slow-Cooked Food? Thank the Jews
Comments
MOST POPULAR IN Dating Advice
Our privacy policy